Hit and Run Insurance: What You Need to Know 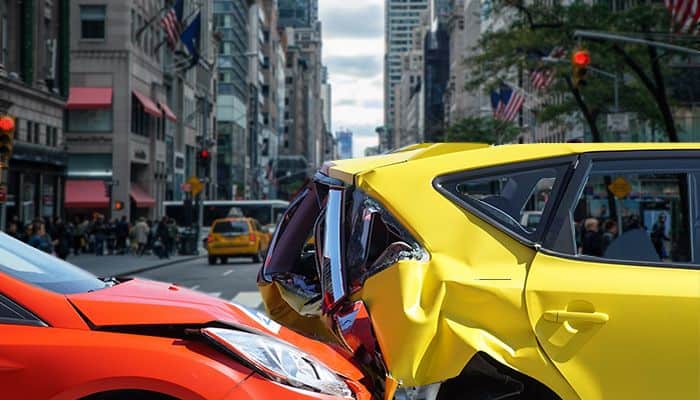 You come out of a café and discover that someone backed into your car while you were having lunch. Your headlight’s smashed, your bumper’s dented, and there’s no note on the windshield. “Someone hit my car and left!” you say, followed by something unprintable. Now what?

If you’re the victim of a hit-and-run accident, your car insurance can help you. Here’s a step-by-step guide to how hit-and-run insurance works in different scenarios.

Scenario 1: “Someone hit my parked car!”

This is the most common hit-and-run scenario. Fully 69 percent of hit-and-run accidents involve parked vehicles, Allstate found by reviewing its claims. If you find someone hit your car while it was parked, the first thing to do is report the incident to the police. This may seem futile if you have no information on the person who hit you, but it’s an essential step. You need a police report assessing the damage in order to file a hit-and-run insurance claim. Police also may be able to interview witnesses or review security camera footage.

Who pays for the damage to your car? If the driver who hit you can’t be found, you’ll have to file a claim with your own car insurance company. If you have uninsured motorist property damage coverage, this part of your policy may pay for repairs. (Don’t confuse this with uninsured motorist bodily injury coverage, which only covers injuries to people.) However, hit-and-run insurance laws vary by state. Uninsured motorist property damage coverage is not available in all states, and six states don’t allow it to be used for hit-and-run insurance claims. Your insurer may also require you to prove that the driver who hit you was uninsured — which is tough to do if you don’t even know that person’s name. Read your policy documents closely for details on what’s covered.

The other type of hit-and-run insurance is collision coverage. You’ll have to pay your collision deductible, and then your insurance company should cover the rest of the repairs to your vehicle. Filing this claim may cause your premiums to increase, even if you weren’t legally responsible. Is it fair? Nope. But it happens.

Scenario 2: “Someone hit my car and left!”

If you’re struck by a hit-and-run driver while you’re on the road, the first thing to remember is to stay calm. You may be frightened or furious (or both), but experts say you should not try to chase the driver down. Instead, check your passengers for injuries and assess the damage. Call the police immediately so they can make a report.

As in the previous scenario, either your uninsured motorist property damage coverage or your collision coverage may pay for repairs. If you have uninsured motorist bodily injury coverage, that should pay for medical treatment for injuries to you or your passengers. If you live in a no-fault insurance state, you’ll file a claim under the personal injury protection (PIP) part of your policy. PIP pays for medical bills and lost income up to your benefit limits, but not for property damage.

Scenario 3: “I hit a car and left the scene. What are the hit and run consequences?”

So you hit a car — whether parked or in motion — panicked and fled. What should you do now?

Let’s be honest: That was the wrong thing to do. Most hit-and-run drivers aren’t malicious, says forensic clinical specialist Dr. Paul Clements, but they do lack empathy. Whether you left because you were uninsured, broke, intoxicated or just overwhelmed, you essentially decided your own wellbeing was more important than others’. Also, if you’re in an accident you are obligated by law to help any injured person and report it to police.

Don’t assume you got away with it. With the proliferation of security cameras on every street, police may be able to track you down from the footage. Even if they don’t, you can set things right. Notify the police and then notify your insurance company. If the accident was minor and no one was injured, you may be charged with a misdemeanor (or not at all) and allowed to settle the matter through your insurer. If you did injure someone, you may be charged with a felony hit and run, which carries possible jail time and large fines. You can find hit-and-run accident laws in all 50 states here. Either way, be prepared for a steep jump in your insurance premiums, as much as 25 to 75 percent.