Is New Car Insurance Getting Cheaper? 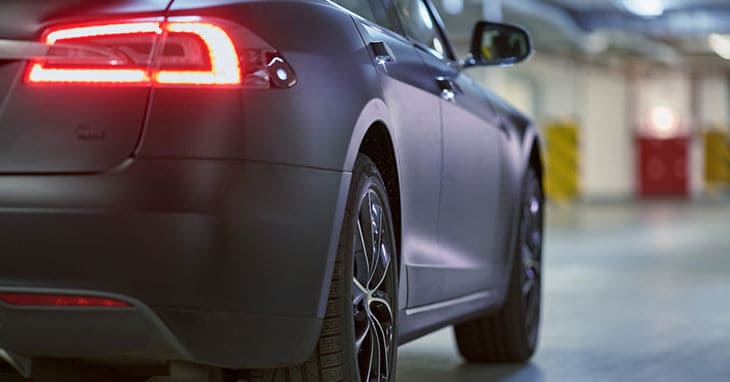 Cars have gotten so smart, we’re a little scared of them. They can nudge us back into our lanes, brake to avoid crashes and even park themselves. We’re not even talking about true driverless cars — just the ones with high-tech, semi-autonomous safety features. Here’s the question we’ve heard a lot of people asking: If cars are getting so much safer, does that mean new car insurance is getting cheaper?

What is “semi-autonomous” car technology, anyway?

We’ve all heard a lot about totally driverless cars. Cool cars developed by Waymo and other companies may, in the near future, take us everywhere. Semi-autonomous cars, on the other hand, are those that can do a lot by themselves but still require a driver behind the wheel. One good example is the Volvo S90, which can accelerate, brake, and steer at speeds up to 80 mph, but requires the driver to keep his or her hands on the wheel. Lift your hands, and the Pilot Assist function turns off.

Many new cars can now… Park themselves. BMW’s Parking Assistant technology automatically parks your car, parallel or perpendicular to the street. The system works by measuring potential spaces while driving past them at a low speed. You don’t even need to be behind the wheel; press the remote-park button on your key fob and the car parks itself.

Keep a safe following distance. You’re speeding down a long highway, cruise control on, thinking about what you’re going to have for lunch, when the car in front of you abruptly slows down. Before you can react, the adaptive cruise control kicks in and your car brakes automatically.

Avoid low-speed crashes. You think the car ahead of you is going to zip through the yellow light — and you plan on following it. Instead, the car stops on yellow. In a flash, your seatbelt tightens and your car slams on its own brakes. Whew. That’s a collision avoidance system at work, and it’ll be standard on most vehicles by 2022.

So, is new car insurance getting cheaper?

Now that cars are getting better and better at staying out of trouble — even if their drivers aren’t — you would expect a break on your insurance when you buy a new car.  Nope: new car insurance is still expensive. Here’s why.

First, new cars usually need full coverage on the vehicle — not just liability insurance, which only covers the other person’s damage and injuries in an accident. Ninety-seven percent of people who came to Compare.com to insure a brand new car chose full coverage. Full coverage generally costs twice as much as a policy that only covers liability.

Third, our data shows that liability coverage hasn’t significantly decreased in cost over time. This means new technology might be preventing accidents, but it’s not making insurance cheaper.  Yet. As advanced car safety technology becomes the norm, we may see liability coverage costs decrease. Or liability coverage might even go away entirely as liability shifts to car manufacturers. Car repair costs may rise, however, because of vehicles’ pricey tech, the Insurance Information Institute points out.

You win some, you lose some.  But you always win on Compare.com. You can save big on your new car insurance by getting free quotes from multiple insurers. Try it today!