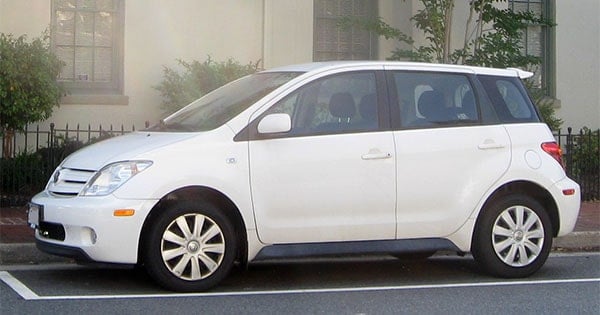 Cars and SUVs have gotten safer and safer over the years, to the point where it seemed like everyone gets labeled a “Top Safety Pick” by the Insurance Institute for Highway Safety (IIHS). Not anymore — the rules for car safety ratings just got a lot tougher. Here’s a look at the new rating system and how they name the safest cars for 2016.

Changes to Car Safety Ratings for 2016

The IIHS is a nonprofit that works to reduce deaths, injuries and property damage from car crashes. It’s the leading provider of car safety ratings in the United States. Why? It crashes a lot of cars. Its Vehicle Research Center conducts independent tests on all kinds of cars, trucks and SUVs by smashing them into barriers and into each other. It labels only the safest as Top Safety Picks.

As automakers improve their cars, IIHS updates its standards. In 2012, IIHS began using the small overlap front test, which examines what happens when the front corner of a vehicle collides with another vehicle or an object like a tree or utility pole. Crashes like these bypass many safety features, placing the driver and front passenger at greater risk for injury. And in 2013, IIHS began rating vehicles for front crash prevention. This refers to crash-avoidance technology that either warns the driver of an impending frontal collision or initiates autonomous braking.

Until 2016, vehicles could be eligible for Top Safety Pick status even if they received an acceptable (not good) small overlap rating, and having a crash-avoidance system wasn’t mandatory. Now, the IIHS car safety ratings require top picks to have good ratings in the small overlap front, moderate overlap front, side, roof strength and head restraint tests, as well as a standard or optional front crash prevention system. To be a Top Safety Pick+, a car or SUV has to have a superior- or advanced-rated front crash prevention system with automatic braking capabilities. That means they must stop or slow down without driver intervention before hitting a target in tests at 12 mph, 25 mph or both.

You can find the full list of the safest cars for 2016 on the IIHS site, but here are a few standouts.

If your car was a Top Safety Pick in recent years and lost that status in 2016, don’t worry. “Consumers who purchased a winning 2015 model that doesn’t qualify this year needn’t worry that their vehicles are now less safe,” says IIHS President Adrian Lund.

Crash test results and vehicle safety ratings factor into how much you pay for auto insurance, with safer cars earning lower car insurance premiums. A little research before you purchase could save you some money when it comes time to ensure your vehicle. If you’re planning on buying a new (or used) car soon, we recommend reading our car shopping tips for keeping your insurance premiums low.