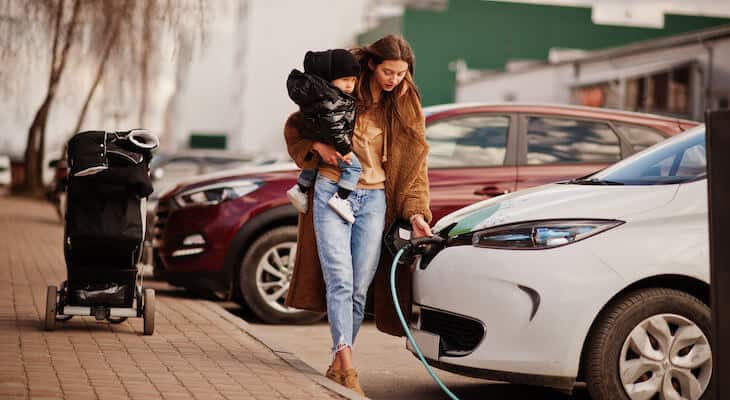 Looking to lower your carbon footprint while maximizing fuel economy, but not yet ready for the full expense of an electric car?

Purchasing a pre-owned plug-in hybrid vehicle is an affordable way to embrace the many advantages of an electric motor. A used hybrid car allows you to cut down on fuel costs and the hefty car payments that can come with a new car.

So, how does it work? A plug-in hybrid electric vehicle (PHEV) is powered by both a battery that can be replenished by a charging cable and an internal-combustion engine.

The Chevrolet Volt was the first PHEV made available for sale in the United States. It hit the market in December 2010 and was followed by similar cars from several other automakers.

As such, there are now a wide variety of hybrid models for sale in the used car market. From roomy crossovers to sporty hatchbacks to sleek sedans with hybrid powertrains, there are plenty of used PHEVs that will give you the fuel efficiency, on-board tech, and cargo space you need — all while saving you money on fuel.

Here are some of the best used hybrid cars to consider during your search for a pre-owned vehicle. 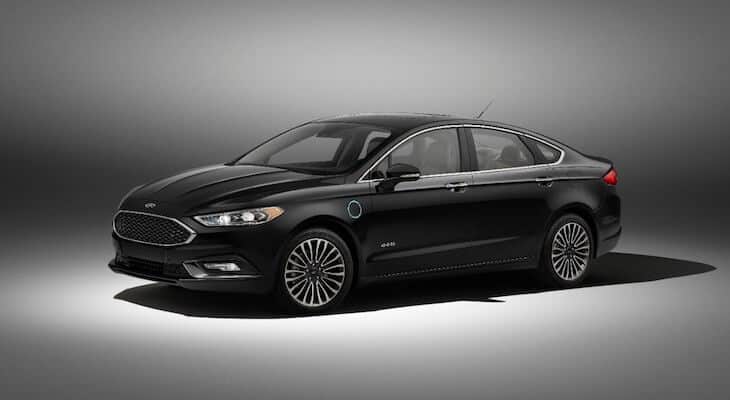 Produced between 2010 and 2020, more recent editions of the Ford Fusion Energi PHEV have been praised by critics and drivers alike for their performance and practicality. While peppy enough for commuters, the sedan is also roomy enough for families and carpoolers — and comes at a great value price point.

What makes the 2017 Ford Fusion Energi one of the best used hybrid cars is its impressive 21 mile range on battery power alone. The car also has a total range of 620 miles. And thanks to comfortable space for five passengers, it’s great for that road trip you’ve been planning. 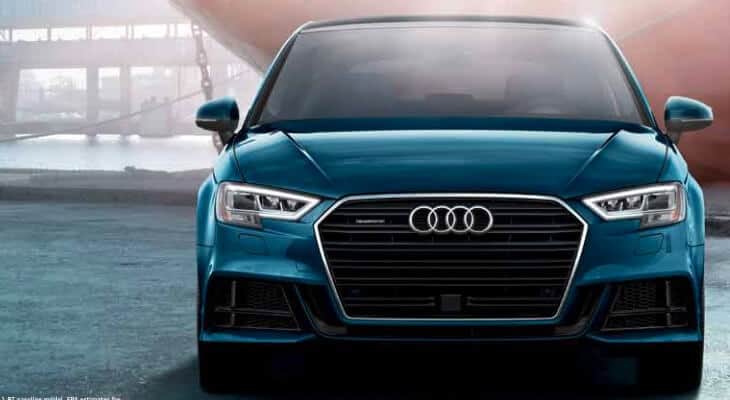 Part hatchback, part sedan, the Audi A3 Sportback e-tron PHEV is as sporty as it is utilitarian.

Despite the fact that it’s classified as a wagon, the 2017 Audi A3 Sportback e-tron features deft handling and quick acceleration. The quality and comfort of the car’s interior was highly praised by critics.

One drawback to this vehicle is its 83 MPGe electric rating, which ranks somewhat low amongst class competitors. 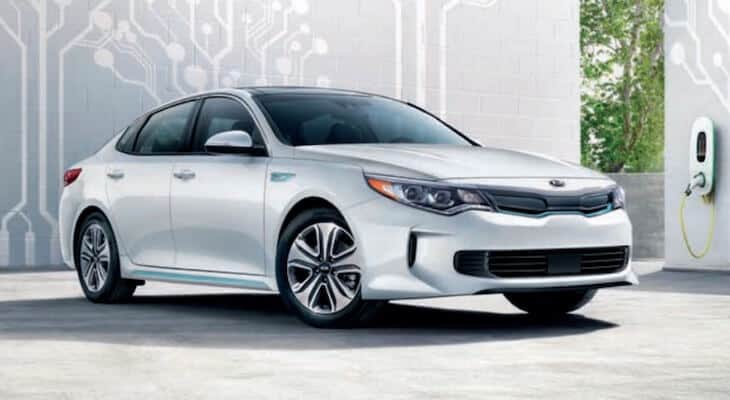 The Kia Optima PHEV EX Sedan 4D offers an impressive 103 MPGe, which ranks it among the best used hybrid cars in terms of fuel economy. The car has also been praised for its luxurious interior materials, such as its leather seating and advanced on-board tech.

The 2017 Kia Optima PHEV EX Sedan is available with a Harman/Kardon QuantumLogic 7 audio system, perfectly suited to making your favorite playlist come alive during your commute home. The car also offers a 5-inch LCD touchscreen navigation and USB inputs for easy directions to your next location and charging your devices on the go. 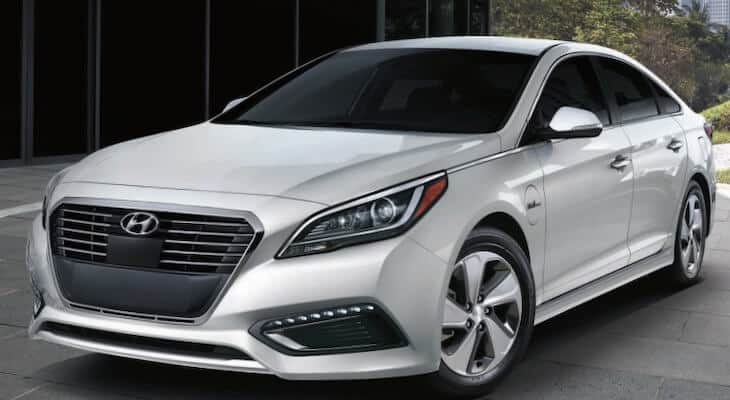 Those looking for affordable pricing and high quality from a PHEV in the midsize car class should consider the 2017 Hyundai Sonata Hybrid.

The car’s interior has been praised for its combination of tech and entertainment tools, among them Apple CarPlay and Android Audio capability and access to Hyundai‘s Blue Link telecommunications and navigation software suite. Heated/cooled front passenger seats and a panoramic sunroof are also among the car’s more luxurious features. 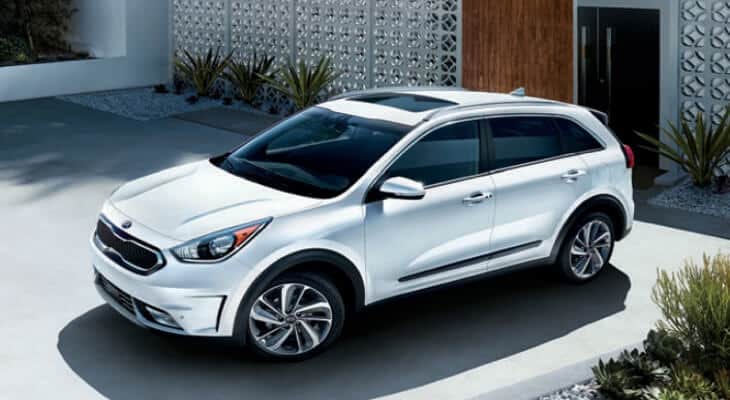 Those in the market for a roomy and stylish hybrid SUV can’t go wrong when choosing the Kia Niro PHEV. While it does not rank in the top among the leaders in gas-powered miles-per-gallon rating for hybrid SUVs, the car boasts a stylish design and comfortable passenger space for up to five passengers.

The Kia Niro PHEV also comes with the numerous types of safety features that drivers with families often desire, including side-impact airbags and a backup camera. The available roof rack also makes traveling with a lot of cargo easier. 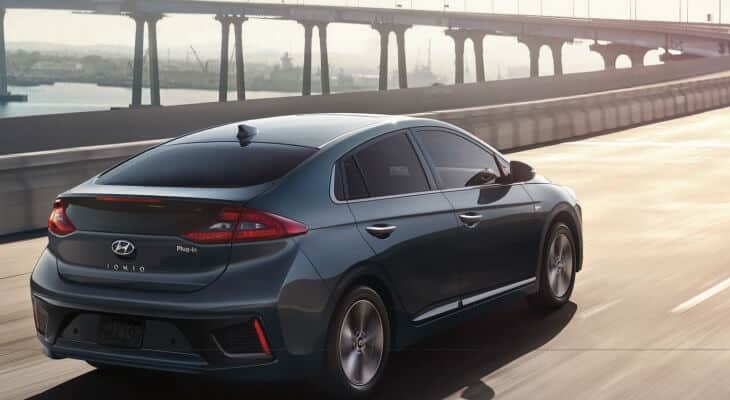 The 2018 Hyundai IONIQ Plug-In Hybrid features an impressive 28.1 cubic feet of cargo space, making it a great fit for families.

Initially marketed as a cheaper, yet more fuel-efficient alternative to its class rival, the Toyota Prius, the 2018 Hyundai IONIQ PHEV was also likely to go for less than the Prius on the used market as well, depending on each model’s particular mileage. 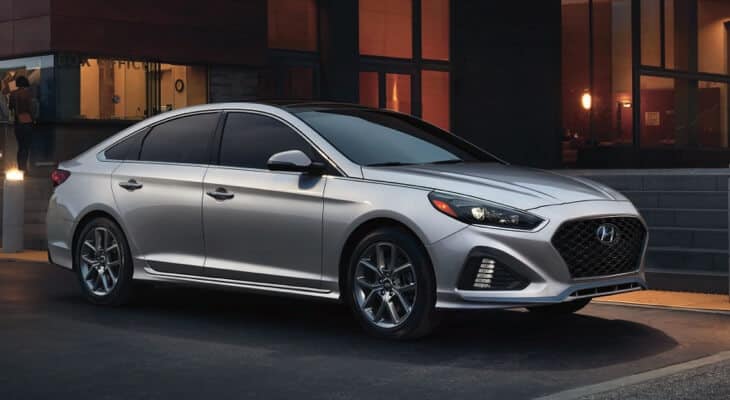 Staying in the midsize PHEV market, the 2019 Hyundai Sonata Plug-In Hybrid is another excellent choice. At the time of its release, the car was praised for its advanced tech, including an available wireless phone charger and 7-inch touch screen navigation with Bluetooth connectivity.

One drawback of the 2019 Hyundai Sonata Plug-In Hybrid is that it did not come with an all-wheel drive powertrain option available, which many drivers who encounter winter weather often prefer. 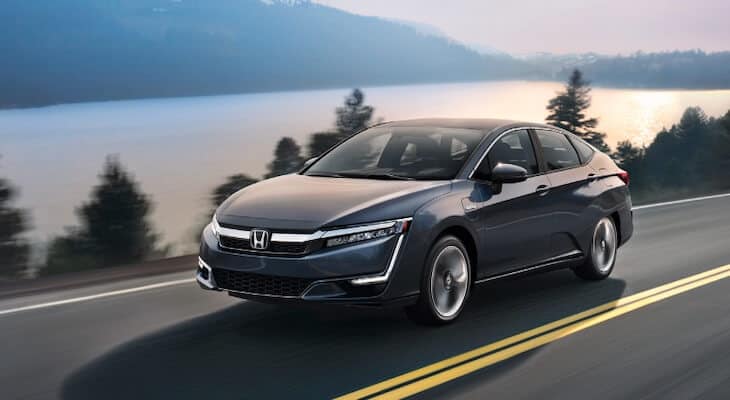 Recognizable by its trademark rear wheel skirts, the 2018 Honda Clarity’s exterior look is either beloved or loathed, depending on who you ask.

Nevertheless, it remains an incredibly efficient and value-centric midsize sedan for drivers looking for an affordable entry into the PHEV market.

Named as the 2018 Kelley Blue Book Best Buy Award winner among electric and hybrid vehicles, the car offers a driving range of 47 all-electric miles before the gasoline engine engages. 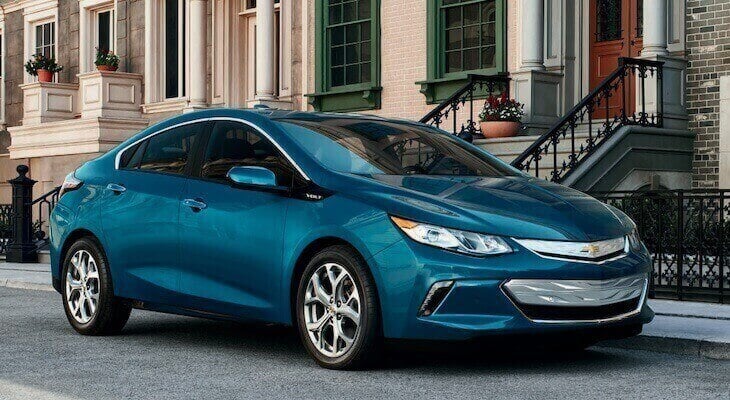 The 2019 Chevrolet Volt is known for its extensive all-electric range of 53 miles, aggressive cornering, and impressive pickup on the highway. The car has also been praised for its sporty appearance and clean and stylish interior.

As a five-door hatch, it can suit the needs of drivers of all ages and professions, whether you’re headed toward a day at the beach or Little League practice.

Drivers are cautioned to stay away from earlier release models of the Volt, which didn’t really come into its own in terms of form or function until its late model years. 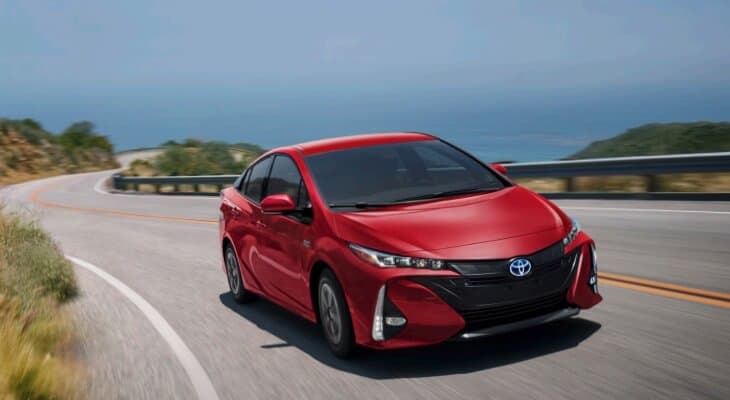 With a huge electric-powered range, a comfortable tech-savvy interior, and a head-turning sporty stance, the Toyota Prius Prime PHEV has it all. It’s one of the best used hybrid cars on today’s market and our top pick. It’s no wonder that the Prius is the world leader in hybrid car sales.

You’ll find a smooth, nearly effortless driving experience, thanks to nimble maneuverability and plenty of pep. The Prius Prime is a great car for both highway commutes and zipping around town.

The car’s 0-to-60 time of 11 seconds rivals many gas-powered hatchbacks, while its combined gas/electric driving range of nearly 600 miles makes it as practical as it is peppy.

The car also comes available with Intelligent Park Assist, which helps take the hassle out of navigating tight parallel parking.

Shopping for the best used hybrid car is no different from shopping for any other kind of used vehicle. Do the research, take a few test drives, and check out the pros and cons of driving a plug-in hybrid vehicle before making a final decision.

Before you know it, you’ll be saving on fuel and maintenance costs and doing a solid for the environment, a combination that’s sure to make every driver feel better.

And if you want to compare all of these options (and more) at once, you’ve come to the right place. Compare.com has pulled together all of the best preowned hybrids and EVs in your area.

Just click the button below and find your next car in minutes!