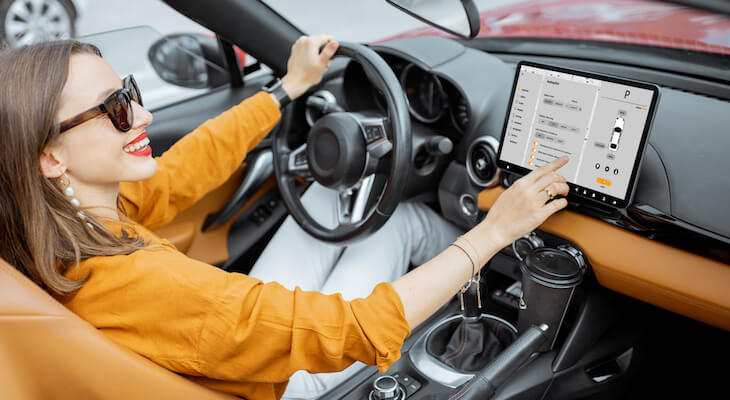 Regulators and automakers alike are pushing hard on the transition to fully electric cars and other types of electric vehicles.

In August 2021, the White House released a joint statement by Ford, General Motors, and Stellantis announcing a “shared aspiration to achieve sales of 40-50% of annual U.S. volumes of electric vehicles … by 2030 in order to move the nation closer to a zero-emissions future consistent with Paris climate goals.”

With all of this pressure to go electric, is it in your best interest to make the switch now or to wait until later? While everyone’s needs are different, the advantages of electric cars go far beyond their reduced greenhouse gas emissions and lower carbon footprint.

Here are 10 key advantages of electric cars — from federal tax credits to access to the HOV lane — that you may not already know.

When it comes to electric vs. gas cars, there’s no denying that it costs more to drive an electric car off the lot — both due to their higher sticker price and insurance costs.

But when you factor in tax credits, lower fuel costs, and fewer maintenance expenses, an electric car can easily make up for the initial expense within a few years.

Let’s break down the top 10 advantages of electric cars one by one.

Battery electric vehicles (BEVs) don’t have a gas tank or an internal combustion engine at all, so you’ll charge your car by plugging it into a wall outlet or charging station.

Depending on where you live and the electricity costs in your area, you can save as much as $15,000 in fuel costs over 15 years of vehicle ownership.

You can use the U.S. Department of Energy’s fuel economy website to estimate your annual fuel savings for different types of electric vehicles.

Better for the Environment

One of the other benefits of electric vehicles is that electric cars are better for the environment than conventional cars.

Driving an electric car won’t eliminate your carbon footprint altogether — they still require raw materials and fossil fuels to produce — but studies show that they “make up for their higher manufacturing emissions within eighteen months of driving … and continue to outperform gasoline cars until the end of their lives.”

If you’re careful about using renewable energy — for example, by charging your car using home solar panels instead of coal-powered energy sources — you may be able to reduce your car’s lifetime emissions even further.

If the high purchase price of electric vehicles is scaring you off, then this next benefit is for you: the electric car tax credit. This incentive can save car drivers up to $7,500 on their federal income tax bill if they buy a fully electric car or plug-in hybrid vehicle.

Not all cars are eligible for the full amount — some manufacturers, such as Tesla and General Motors, have maxed out their quotas for now — so you’ll want to look up the make and model in advance to see if you’ll qualify.

Still, even if you don’t qualify, there are plenty of state and local incentives that might be a better fit for you based on your income level or your tax bracket.

Electric cars have fewer moving parts than conventional cars, so you can say goodbye to oil changes and other routine maintenance costs.

While hybrids require a bit more maintenance than fully electric vehicles, they’re still cheaper to maintain than conventional cars. That’s partly because the regenerative braking system puts less wear and tear on the brakes and other components.

It’s true that EV batteries can be expensive to replace, but new electric cars come with an 8-year/100,000-mile warranty on the battery pack.

Overall, electric cars can last for 10 years or more before battery degradation becomes a concern. You can make your car last even longer by avoiding extreme temperatures and cutting down on DC fast charging.

Can Be Charged at Home Another key benefit of electric car ownership is home charging, which can save you the trouble of fueling up at the gas station.

You’ll still have the option of charging at work or at a public charging station if you need to, but depending on your battery capacity, a full charge will provide more than enough driving range for your daily commute.

You can charge your car slowly from a standard wall outlet, but for a faster charging time, install a 240-volt electric car charger at home so you can get a full charge overnight.

Most electric cars have a battery pack located beneath the floor of the vehicle, giving it a lower center of gravity than conventional vehicles.

Plus, the electric motor and single-speed transmission provide instant torque, resulting in better handling and a smoother driving experience overall. EVs are also quieter, so there’s less noise pollution, both inside and outside the vehicle.

In some cities and states, driving an electric car means you can gain access to the high occupancy vehicle (HOV) or “carpool” lane, helping you beat the traffic and shorten your daily commute. A few states even offer discounts on tolls!

You may have to get a special decal or license plate in order to qualify, though, so look up your state’s HOV policies here before merging into the carpool lane.

Electric cars and hybrid cars use a system called regenerative braking to conserve energy that would otherwise be lost when you slow down or stop the vehicle.

Instead of releasing this energy through friction or heat, the car uses it for recharging the battery, making your EV even more fuel-efficient.

Some EVs even offer an “E-Pedal” or “one-pedal driving” mode so you don’t have to move your foot from the accelerator to the brake pedal as often.

These days, most new vehicles sold in the U.S. have infotainment screens and other driver assist features such as a backup camera. But EVs are ahead of the curve when it comes to advanced safety features like adaptive cruise control and lane keeping assist.

Whether you use Tesla’s Autopilot, or connect to Android Auto and Apple CarPlay via Bluetooth, these new tools can allow for better navigation and safer driving.

Finally, because electric cars depreciate at a different rate than conventional cars, it’s easy to find great deals on used electric cars that are only a few years old.

If you still want to drive a newer model, you may want to consider one of these EV lease deals, which may be more affordable than taking out a car loan.

Find an Electric Car Near You 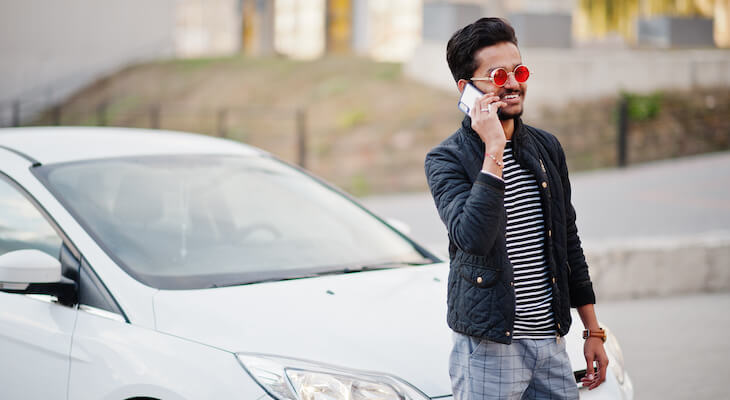 Electric cars are growing in popularity, with more new electric models — from pickup trucks to minivans — coming out every year. Depending on where you live, you may be able to test drive a car near you or place an order online to have it delivered.

You can start by using this tool to compare the best electric cars all in one place. Then, research tax credits and other incentives to get the best deal on your new purchase.