Reality Check: Are Electric Cars Better for the Environment? 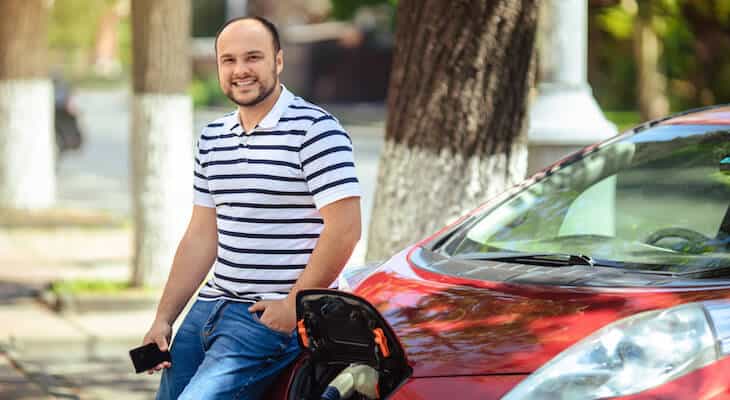 If your choice is between commuting to work in a gas car or an electric car, then the winner is clear: The EV will produce fewer greenhouse gas emissions overall.

But if you have the option to ride a bike or take public transport, you’ll reduce your carbon footprint even further.

That’s because even electric vehicles still have an environmental impact in several areas, including battery production and electricity generation.

The important thing is to use your electric car wisely, and charge it using renewable energy whenever possible.

Are Electric Cars Better for the Environment?

Are electric vehicles really good for the environment once the manufacturing process and power sources are taken into account?

That depends on who you ask. The environmental benefits of electric cars are more obvious in some parts of the world than others.

In the U.S., drivers are incentivized to buy battery electric vehicles (BEVs) instead of conventional cars through programs like the electric car tax credit. This has led to high uptake of electric cars in some parts of the country like California, where EV charging infrastructure is widespread and the air quality is in dire need of improvement.

The Coalition for Clean Air estimates that 1 million new electric cars on the road “would result in approximately 3 million metric tons of reduced carbon pollution each year.”

But in Singapore, where public transportation is more widely accessible, private electric car ownership has been discouraged. In 2016, the government taxed the country’s first Tesla owner “S$15,000 for the carbon emissions generated during battery charging!”

The country has changed its policies towards Teslas since then, but it’s still prioritizing other clean transportation methods, such as its electric bus fleet.

Meanwhile, China has more electric cars than any other country in the world — over 4.5 million, or 44% of the total — in part due to its investment in charging stations.

Europe is also a leader in electric car uptake, with more than 1 million electric cars in use in Germany as of July 2021.

The U.S. is somewhere in the middle, with 1.8 million EVs currently registered in the U.S., accounting for 2% of market share.

With so many countries encouraging consumers to switch to EVs, it’s clear that electric cars can make a difference on a large scale. But how do you know if the EV you choose will reduce your own carbon footprint and fossil fuel use?

Here are three environmental benefits of electric cars, and how to reduce their impact on the environment throughout their entire life cycle.

Electric cars are sometimes referred to as zero-emission vehicles because they don’t produce any tailpipe emissions when you drive them. But they may still be responsible for some CO2 emissions depending on how you charge the battery.

If your electric grid is powered by clean energy sources like wind or solar, using your EV will produce fewer emissions than if you live near a power plant that runs on fossil fuels.

Still, even if your electricity grid is powered by coal or natural gas, it’s more sustainable to drive an EV than a gasoline car. That’s because an internal combustion engine (ICE) produces other pollutants and greenhouse gases, in addition to carbon dioxide.

You can use the EPA’s greenhouse gas calculator to estimate your CO2 emissions based on your ZIP code. If you want to lower your emissions even further, you can consider installing solar panels at home to charge your vehicle.

What you can do: Power your car with renewable energy, if possible. EVs have lower emissions than conventional vehicles — even more so if you charge them using low-carbon power sources such as solar panels.

EV Batteries Can Be Recycled

One of the biggest downsides of electric cars is that their lithium-ion batteries have a significant environmental impact due to their reliance on raw materials like nickel.

These metals have to be mined in fragile ecosystems around the world, reducing the overall sustainability of electric car production.

That’s why simply producing electric cars at mass scale won’t solve climate change. Automakers need to be intentional about the materials they use and ensure that they can be recycled at the end of their useful lifespan.

But if you’re thinking of buying a new car anyway, this concern shouldn’t stop you from choosing an electric one over a conventional car.

The Wall Street Journal found that a Tesla Model 3 makes up for its production impacts within 20,600 miles of driving, and that buying a gasoline car — in this case, a Toyota Rav 4 — would account for 77% more lifetime emissions after 100,000 miles of driving.

What you can do: Recycle your EV battery at the end of its life cycle. Lithium-ion batteries can be reused as home power stations, or in some cases, returned to the manufacturer to be recycled or put to commercial use.

While some types of electric cars, such as hybrids and plug-in hybrids, still require oil changes and other tune-ups, the electric motor has fewer moving parts than an internal combustion engine and rarely needs to be serviced.

Also, electric cars have regenerative braking systems, which reduces wear and tear on the brakes and means less energy is lost while braking.

By some accounts, fully electric vehicles convert up to 77% of the energy they run on, compared to gasoline cars, which lose up to 75% of energy. That means more energy goes to turning your wheels and less is lost in the form of heat and friction.

What you can do: Drive smoothly and take good care of your car. This will extend your battery’s lifespan and improve your overall fuel efficiency.

How to Choose the Most Eco-Friendly Car for You 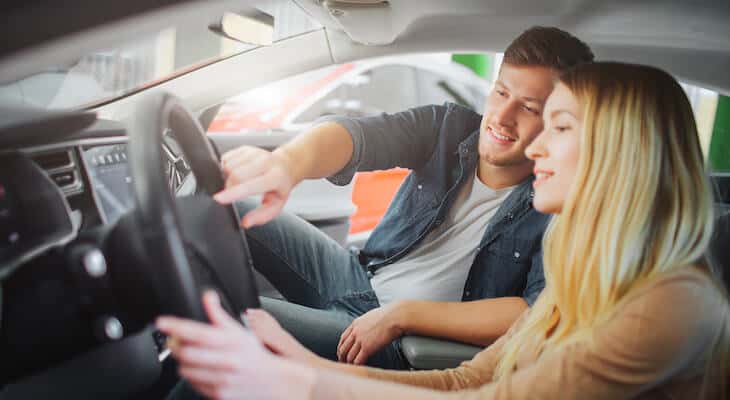 Whether or not an electric car will lower your carbon footprint depends on how much you drive already and what your driving habits are like.

If you commute to work every day but don’t have access to an EV charging station, then choosing a hybrid or plug-in hybrid may be a good option.

A hybrid won’t be as eco-friendly as a fully electric car, but it will still reduce your carbon emissions significantly compared to a conventional vehicle.

If you want to be as green as possible, then buying a fully electric car and installing home solar panels will be your best bet. You won’t have as much driving range, but you’ll be able to charge your car overnight and skip the gas station altogether.

The top 10 eco-friendly cars of 2021 include the BMW i3, the Toyota Prius Prime, and the Hyundai IONIQ — which comes in electric, hybrid, and PHEV versions.

A plug-in hybrid or fully electric car will cost more, but will also save you more in fuel costs and lower your carbon emissions in the long run.

Ultimately, the age of electric cars is just beginning — and you can expect them to become even more affordable and more fuel-efficient year after year.