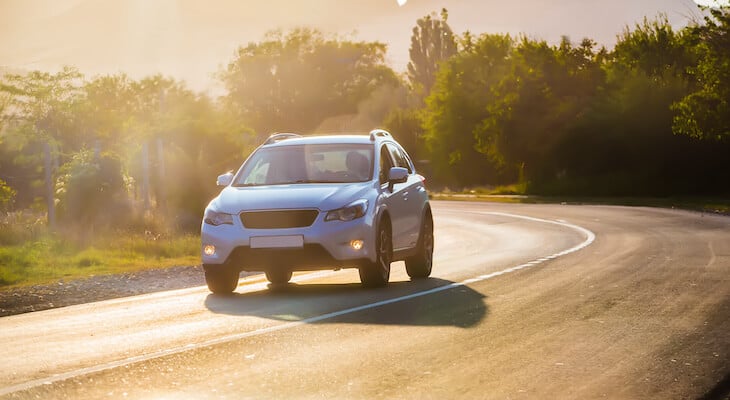 If you’re currently on the hunt for a new car, you’re doing so in a market that offers more options than ever before. From sporty coupes to off-road-ready SUVs, there are so many vehicles to choose from that it can be hard to find the vehicle that’s right for you.

With new all-electric cars rolling out each year, the number of high-quality hybrid models can often be a blind spot for new car shoppers. Plug-in hybrid SUVs give new car shoppers a more affordable option when it comes to saving money on gas while helping to decrease harmful emissions.

While going fully electric might be ideal, many all-electric trucks, cars, and SUVs still remain a bit too high on price and low on practicality for the everyday driver.

Best Hybrid Crossovers Based on Price

Interested in cutting down on fuel costs while keeping the passenger and cargo space you love? Want to know what’s the best hybrid crossover for you? Check these recent model year hybrid SUVs ranked from most pricey to most affordable. 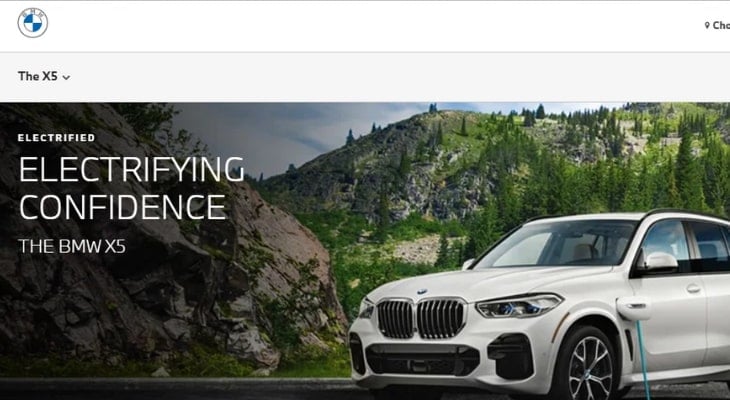 Those who are searching for a luxury hybrid can’t go wrong with the sporty and stylish BMW X5 xDrive 45e. While it’s a midsize SUV, the specs on its hybrid powertrain prove that it’s a speedster at heart, particularly with a robust 389-horsepower capability. And while the BMW X5’s performance helps make it one of the best hybrid crossovers, fret not, quintessential BMW styling is all over this car. Several interior color choices in merino leather and Harmon Kardon audio options are just a couple of the highlights. 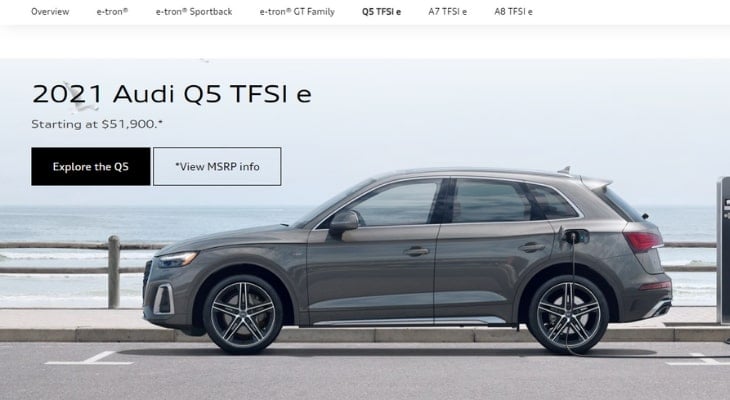 The Audi Q5 PHEV is one of the more affordable luxury SUVs available today. It’s also one of the biggest, thanks to over 54 cubic feet of cargo space with the rear seats folded. The car’s 261 horsepower gives it plenty of zip for a larger SUV. And since it’s also outfitted with Audi’s famed Quattro AWD technology, it’s easy to see why it makes our list of best hybrid crossovers. 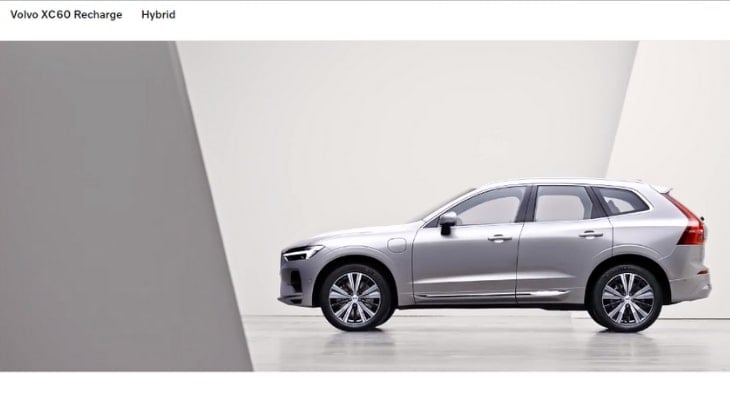 Drivers who have long loved Volvo’s impeccable reputation for safety can now do so in a more fuel-efficient way. But the XC60’s high marks for safety are just one of the reasons it’s one of the best hybrid crossovers. Drivers who travel most in high-trafficked urban areas will appreciate the car’s Google Maps and Google Assistant hands-free navigation system which lets you reroute your destination and find the most efficient route to and from where you’re going with simple voice commands. If you’re a bit rough on your SUV but still want the efficiency of a plug-in hybrid, the Mitsubishi Outlander PHEV is likely a good choice. The car was awarded Motor Trend’s IntelliChoice Smart Choice Award for having overall lower-than-average maintenance costs, which means it can take some action and save you money on repairs. The vehicle’s third-row seat is an added perk for drivers with multiple passengers in tow. 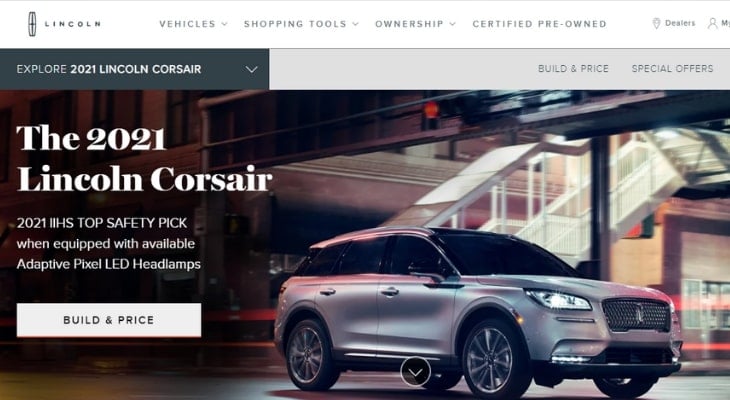 The Lincoln Corsair Grand Touring is a plug-in hybrid SUV that bears striking resemblance to its gas-powered cousin, the Lincoln Aviator. Rest assured, the Corsair’s electric motor will use a lot less gas. The Lincoln Corsair Grand Touring makes the list of best hybrid crossovers because it comes complete with the brand’s robust Co-Pilot360 Plus package of enhanced safety technologies. It includes perks like evasive steering assist, lane centering, and speed sign recognition, all of which act as an extra set of robotic eyes on the road. While it’s not exactly an off-road warrior, the Subaru Crosstrek Hybrid is certainly among the best hybrid crossovers when it comes to dirt road driving, as well as driving in poor weather conditions. This can be attributed to this hatchback‘s wide footprint, and Subaru’s venerated all-wheel drive capability. The Crosstrek’s capability makes it as suited for adventure as it is for daily drives around town. 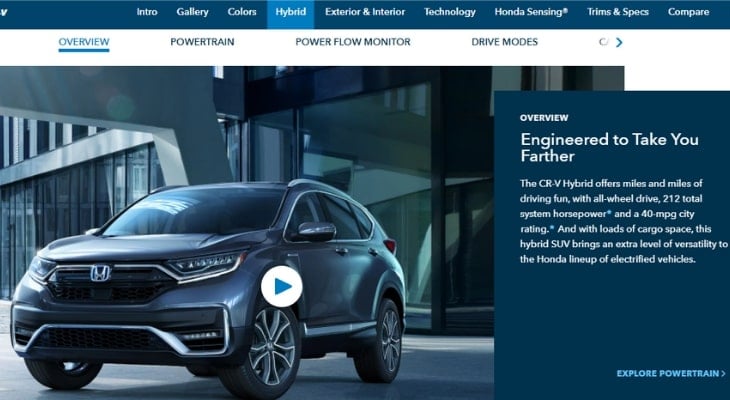 Unlike the plug-in hybrids on this list, the Honda CR-V hybrid doesn’t need to be plugged in, which makes it great for those who are unable to install a home charging system. The car’s electric motor is recharged through regenerative braking. The vehicle is also equipped with Honda’s lauded array of safety features, including a blind spot information system, multi-angle rearview camera, and cross-traffic monitoring system, which make it one of the best hybrid crossovers/compact SUVs on the market. 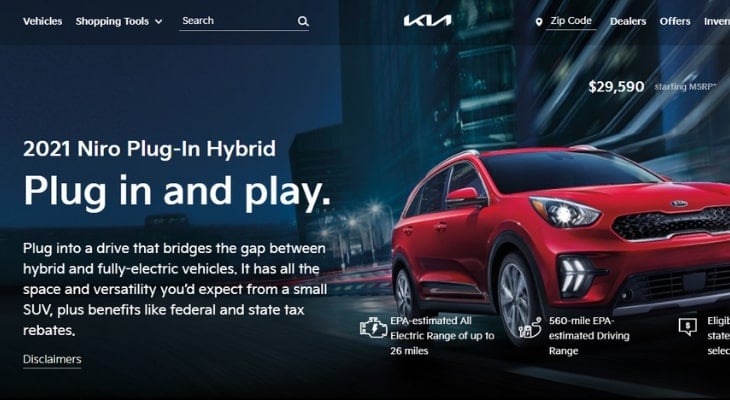 Constructed on a platform similar to the Kia Sorento, the Kia Niro PHEV has been praised by critics and drivers alike for its capability, comfort, and style. The vehicle’s affordable pricing and all-wheel drive capability make it ideal for families and carpoolers alike. The vehicle’s 63 cubic feet of cargo space also make it one of the best hybrid crossovers for those long summer road trips. The Kia Niro comes with an array of tech features not always found in vehicles at this price point, including Wireless Apple CarPlay and Android Auto capability, touchscreen navigation, and keyless entry. 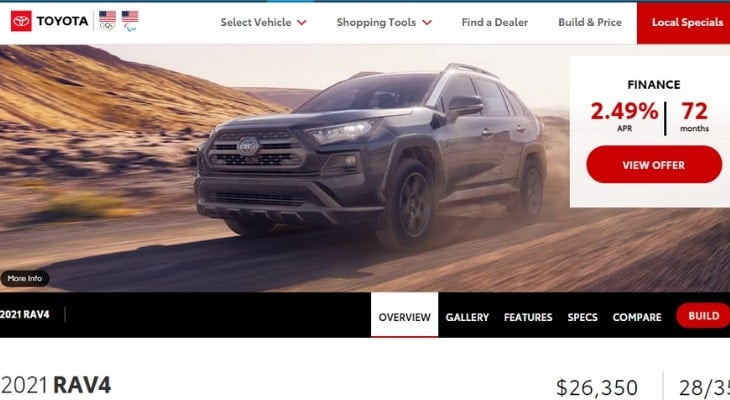 Similar to the Honda CR-V, the Toyota RAV4 Hybrid is not a plug-in, but that doesn’t make it any less efficient. Not quite as popular as its renowned cousin, the Toyota Prius, the Toyota RAV4 is a small SUV that’s big on features. Impressive fuel efficiency and an easy-to-use onboard infotainment system make the vehicle one of the best hybrid SUVs available today. 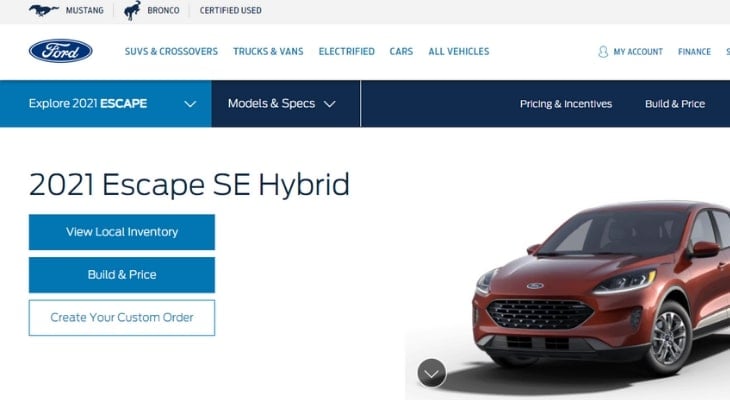 You wouldn’t be wrong to classify the Ford Escape Hybrid as a smaller, nimbler, hybrid version of the venerated Ford Explorer. This two-row SUV makes up for its lack of frills in its affordability and capability, making it arguably the best hybrid crossover on the road today. Eager to save fuel on your next camping adventure? The Ford Escape Hybrid‘s 3,500-pound towing capacity when properly equipped can help you bring your jet ski trailer or small boat along.

Unplug and Hit the Road

While hybrid cars might lack some of the futuristic technology and performance features debuting in all-electric vehicles like auto drive and chromatic glass, they still remain a more than feasible option for drivers eager to cut down their carbon footprint.

Don’t forget to explore state and federal tax credits for the purchase of a hybrid vehicle to cut down on your new car’s initial cost. And if you’re still looking to save, don’t forget about the robust market of pre-owned hybrid vehicles that continues to grow as drivers upgrade to newly released electric and hybrid models.