Many new car shoppers find plug-in hybrids to be an effective, more affordable solution to reducing their carbon footprint compared to all-electric cars. In fact, the majority of major automakers now offer many of their longtime gas-powered favorites in a plug-in hybrid model.

With the combination of both gas-powered and electric motors, plug-in hybrid vehicles offer improved fuel economy and vastly superior MPG without disruption to the driving experience you’re used to.

Our list of the best plug-in hybrid models ranked by price will have you saving money at the dealership and at the gas pump.

If you’re looking for a crossover, sedan, or even a minivan with great fuel efficiency and lower fuel emissions, you’re in luck. Check out these 10 stellar choices. 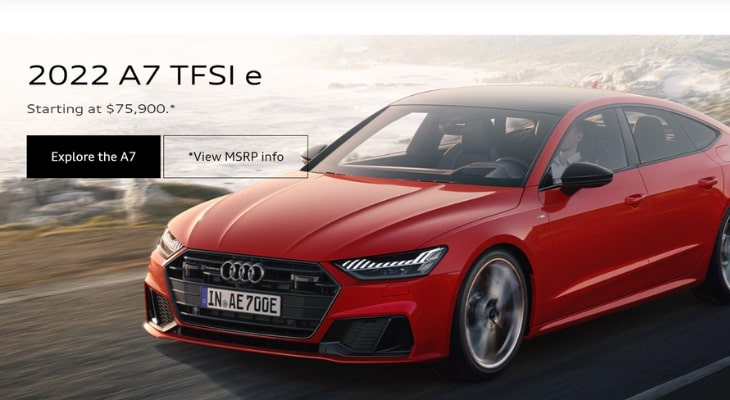 What makes the Audi A7 TFSI e one of the best plug-in hybrid electric vehicles on the market? Drivers get the complete sports car package along with impressive fuel efficiency. The car’s part sedan, part hatchback profile evokes speed and beauty, but also allows for more rear cargo space that makes the car as sporty as it is practical.

The car is powered by a tandem turbocharged four-cylinder engine and electric motor that combine for a robust 362 horsepower. Drivers can also save on fuel by switching to an electric-only mode thanks to the car’s large 14.4-kWh battery pack. All-season tires now come standard on the car’s base model. Put that together with Audi‘s venerated “quattro” all-wheel drive system and you have a great car for navigating stormy weather all year long. 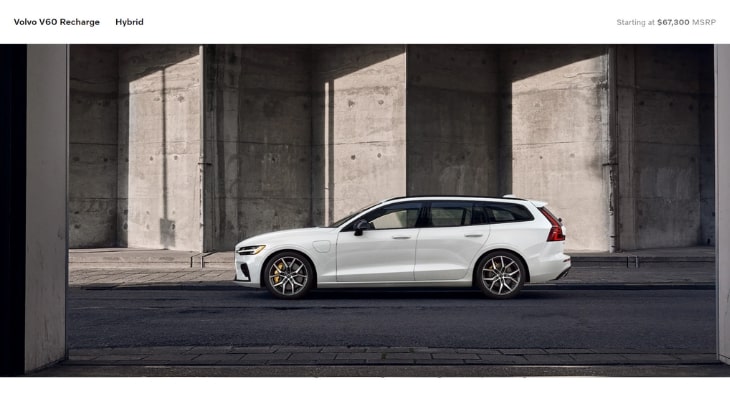 Long and roomy family-oriented Volvo station wagons are back on trend, now being driven by the kids who once rode in the back of them. Except this isn’t your parent’s Volvo. The new Volvo V60 makes the list of best plug-in hybrid cars thanks to a terrific combination of efficiency, passenger space, and cargo space.

The vehicle offers an impressive 0-to-60 time of 4.3 seconds and 415 horsepower, making it far more speedier than the diesel-powered Volvo station wagons of yesteryear. The inside is more luxurious as well. Fine Nappa leather seats, a driver-centric touchscreen, and gold-colored safety belts make for a fashionably unique interior that stands out from the competition. 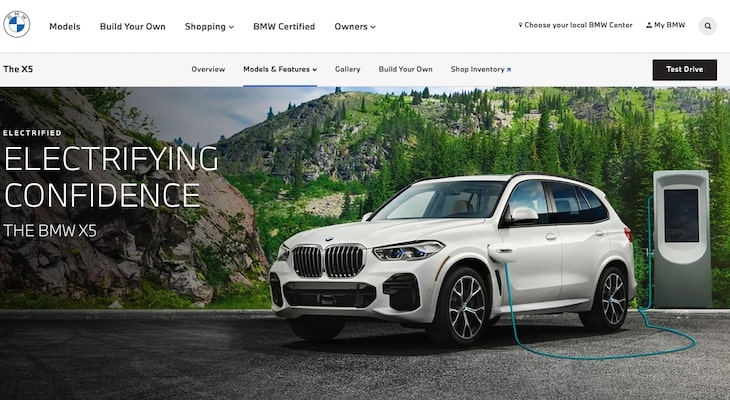 Critics and drivers have been lauding the BMW X5 for years, which is a big reason why it remains on the top of the SUV sales charts year after year. Like many BMWs, the X5 xDrive45e is rife with an impressive suite of interior technology features.

Live navigation is provided by BMW‘s iDrive 7.0 touchscreen infotainment system, where drivers can also adjust steering wheel controls with voice commands. The car also offers gesture recognition for stereo volume and radio station tuning, which might earn you some funny looks in traffic, but will always have you tuned in to your favorite stations.

Acceleration and driving feel are a major plus of the BMW X5. The turbocharged six-cylinder, 3.0-liter gas-powered engine is matched with a 24-kWh battery pack, doubling the size of the 2020 model’s 12-kWh electric power supply. While comfort, drivability, and tech place it among the best plug-in hybrid cars, the car’s 31 miles of all-electric range leaves a bit to be desired. 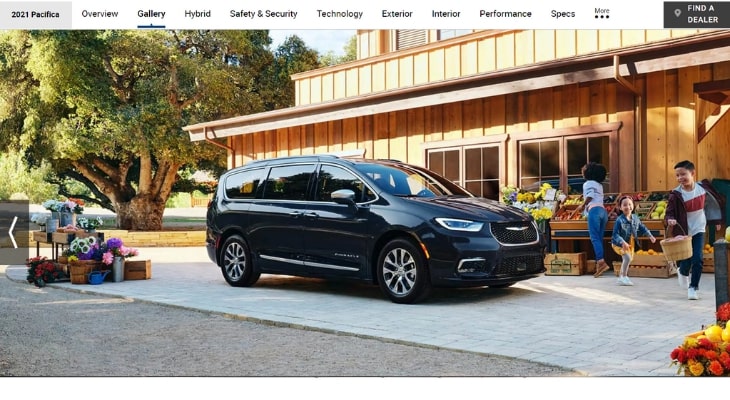 Families with multiple children rejoiced when the Chrysler Pacifica Hybrid hit dealerships as the first hybrid minivan in late 2019. The newest model maintains the vehicle’s reputation as a comfortable, efficient family vehicle, and ranks as the second-best minivan on the market according to U.S. News & World Report.

The car’s seven-passenger seating capacity, 165 cubic feet of passenger room, and 140.5 cubic feet of interior cargo space make it one of the largest plug-in hybrid electric vehicles available. Thanks to second row captain’s chairs and a large third-row seat, the Pacifica is big enough to be as comfortable for adults on long road trips as it is for children. The vehicle’s battery pack charges with both a plug-in charger and regenerative braking. Five distinct driving modes include Eco, Gravel, Snow, Sport, and Normal, which help you forge through the road no matter what terrain or conditions you encounter. 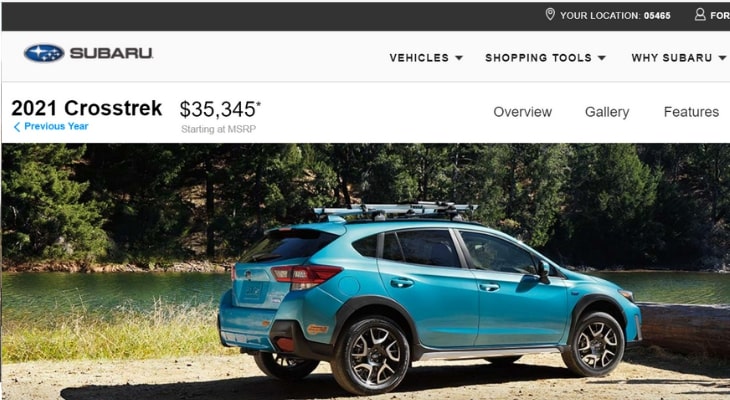 Despite its small, sporty stance, the Subaru Crosstrek Hybrid boasts over 100 cubic feet of passenger volume, which makes it a great vehicle for families. Like all Subarus, the Crosstrek has an adventurous spirit thanks to the brand’s venerated all-wheel drive capability and array of available accessories to help bicyclists and other outdoor hobbyists travel with ease.

Subaru has upped its safety game in the last few model years with the lineup-wide addition of EyeSight® Driver Assist Technology, which monitors traffic movement, optimizes cruise control settings, and warns you if you sway outside your lane. The car’s combined 90 MPGe rating also ranks much higher than some of the more luxurious plug-in hybrid options. 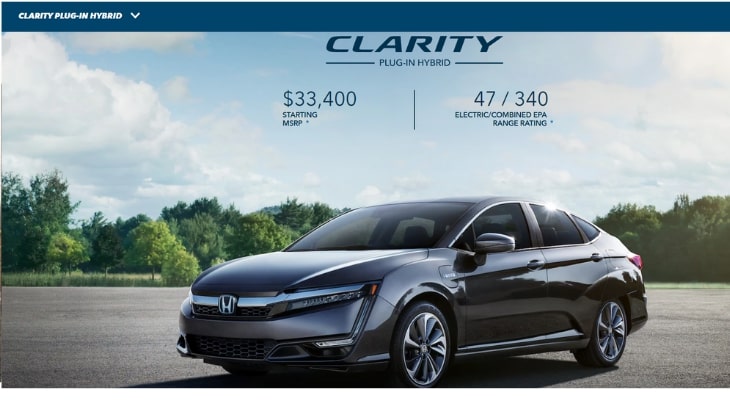 Automotive writers continue to insist the mid-size sedan is out of vogue, yet drivers continue to love their Honda Civics. The Honda Clarity Plug-In Hybrid hopes to carry on its predecessor’s reputation for efficiency, drivability, and comfort while offering a combined EPA range rating of 340 miles. Unlike Honda‘s traditional sedan design, the Clarity has a hatchback-shaped trunk that provides 15.5 cubic feet of cargo space.

The Honda Clarity also offers an array of other unique features such as full LED headlights and taillights and 18-inch aerodynamic alloy wheels that reduce drag and promote brake cooling. The base model KIA Niro PHEV offers safety features like cyclist detection and smart cruise control, along with posh interior features like heated front seats and wireless phone charging. With five-passenger seating, it’s an affordable vehicle for families who can save even more thanks to its impressive 105 combined MPGe. 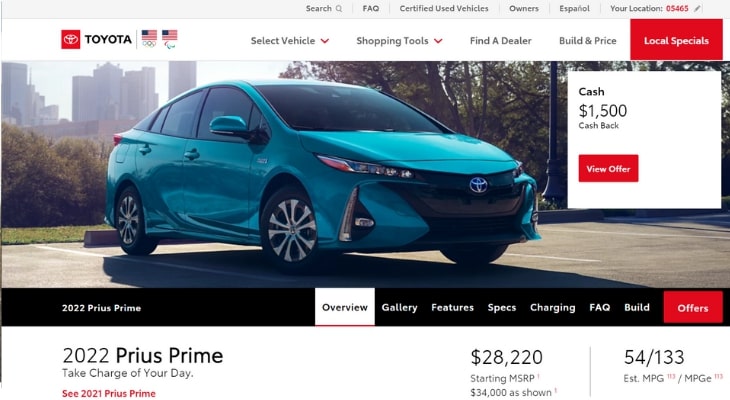 Affordability, reliability, and a reputation for optimum fuel efficiency continually place the Toyota Prius atop rankings that rate the best plug-in hybrid vehicles. The latest Toyota Prius Prime PHEV allows drivers to select between all-electric and hybrid driving modes based on driving conditions so they can further optimize fuel efficiency.

The vehicle’s very large center touchscreen navigation system offers both Apple CarPlay and Android Auto capability in addition to Amazon Alexa connectivity, so you can remain fully connected to all the technology in your life while commuting. 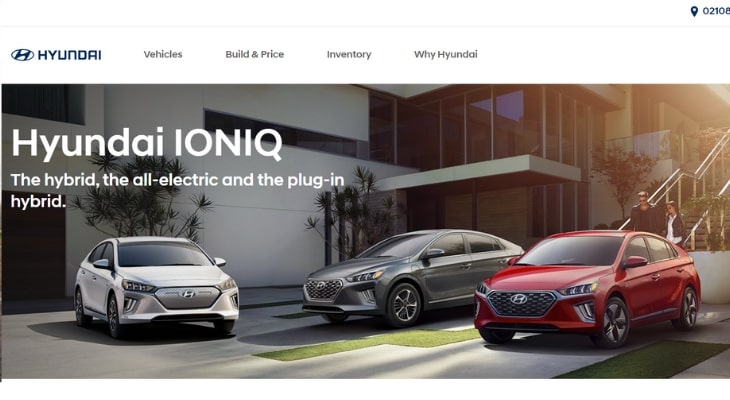 The Hyundai IONIQ PHEV offers versatility for families, commuters, and young professionals alike, all at an affordable price point. While the car’s five-passenger seating capability is a little more cramped than larger competitors, the car still offers 26.5 feet of rear cargo space with the rear seats remaining upright, which is impressive.

Drivers of all ages looking for a no-frills, efficient vehicle that will get them from point A to point B can’t go wrong with choosing the Hyundai IONIQ PHEV. Perks like blind-spot monitoring, rear cross-traffic alert, and a sunroof are added perks that vehicles at this price point rarely offer.

Increased savings for the best plug-in hybrids doesn’t end the day you drive it home. All of the vehicles on this list are eligible for a variety of state and federal tax credits and incentive programs that can potentially reduce their starting price by several thousand dollars.