Everything You Need to Know About Your Electric Car Battery 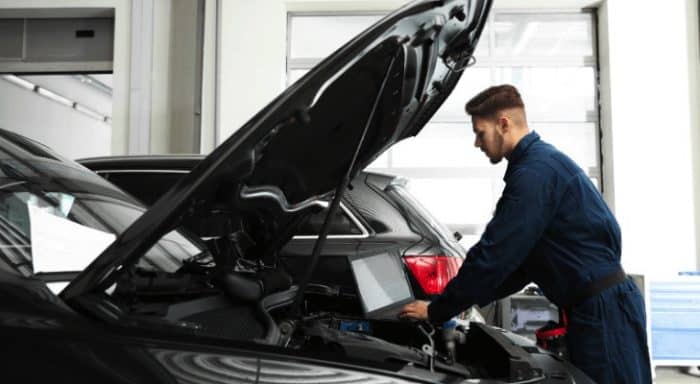 Conventional vehicles have an automotive battery that’s used to start the internal combustion engine and power the radio, windows, and other electrical components. You’ll be familiar with it if you’ve ever had to call roadside assistance because your car wouldn’t start.

Electric cars have a different design. They still have an automotive battery — usually a 12-volt lead-acid battery, just like the one in a conventional car — but they also have a rechargeable battery pack that can be used to power the motor.

The battery in an electric car can be easy to miss if you don’t know where to look. That’s because while a standard automotive battery is found under the hood (or sometimes in the trunk), an electric car battery sits below the cabin of the vehicle and runs along the length of the car.

Technically, it’s not a single battery, but a battery pack that’s made up of multiple smaller batteries and thousands of battery cells. They’re all housed in a flat, rectangular unit that provides thermal management so they don’t overheat.

Another benefit of this design is that it creates a low center of gravity, leading many EV owners to report that electric cars are easier to handle than conventional cars.

Nickel-metal hydride batteries are found in many hybrid-electric vehicles (HEVs) and plug-in hybrids (PHEVs), but they’re less common in battery electric vehicles (BEVs). They have a higher energy density than lithium-ion batteries and last longer. But, they also have a few disadvantages, including the fact that they produce more heat.

NiMH batteries can be fully drained without damaging the battery, but they don’t charge as quickly and have a high self-discharge rate. This means they lose a small portion of their charge even when they aren’t in use.

Lithium-ion battery packs can be found in the vast majority of electric cars today, especially all-electric vehicles. They can charge more quickly than NiMH batteries, have a lower self-discharge rate, and can function at high temperatures.

One drawback is that a lithium-ion battery can be damaged if it’s fully discharged, so it’s important to keep it partially charged at all times. There are also concerns that lithium mining is unsustainable, but options for recycling EV batteries are increasing.

How an Electric Car Battery Works

An electric car battery works a lot like the batteries found in laptops and cell phones. In fact, most portable electronic devices use lithium-ion batteries, so you can get a good idea of how your EV battery works by comparing it to your smartphone.

Just like with your smartphone, an EV battery doesn’t always charge and discharge at the same rate. There are “fast charging” options and slow charging options, and using more power will drain your battery faster. The amount of charge that your battery can hold will also gradually diminish over the course of your battery’s life.

The energy that’s stored in your EV battery is used to power the electric motor while driving, so it’s usually in a state of discharge when you’re behind the wheel. But there’s another key component to EV battery design called regenerative braking that helps you recharge the battery while the car is in motion.

Regenerative braking, or regen for short, can be found in both BEVs and HEVs. It uses the kinetic energy produced by your brakes to recharge the battery, saving as much as 70% of energy that would otherwise be lost.

For example, the Tesla Model S has a battery capacity of 100 kWh and a range of up to 402 miles. This means it needs around 25 kWh of energy to drive 100 miles. The 2021 Nissan Leaf, on the other hand, has a 40 kWh battery and a range of 149 miles, which is closer to the industry standard.

You can think of an electric car’s battery like a fuel tank: it has a maximum capacity, but the exact amount of miles you can drive on a full charge can vary based on how fast you’re driving, how much weight is in the car, and even how hot or cold it is outside.

Because your electric car depends on its battery, it’s normal to be concerned about your car’s battery lifespan. Fortunately, EV battery technology keeps improving, and all new electric cars sold in the U.S. include a warranty on the battery pack.

There are also steps you can take to extend your EV battery life:

If you do have to replace your EV battery pack, there’s a good chance it will be covered by your manufacturer’s warranty. Some states, like California, require that the battery warranty last for 10 years or 150,000 miles, while in most other states, you’ll be covered for 8 years or 100,000 miles.

Be sure to double-check what’s covered, though. Some warranties cover batteries that hold less than 60-70% of their full capacity, but others only cover battery packs that have failed completely, which is less likely to happen.

If you have to pay for a new battery out-of-pocket, you’ll be looking at several thousand dollars. One recent report has the Tesla Model 3 battery pack priced at $16,000, while the Nissan Leaf battery is a more reasonable (but still hefty) $5,500.

Finally, don’t forget to consider what happens to your EV’s battery when it reaches the end of its life cycle. While electric cars produce fewer emissions than gas cars, there’s still the environmental impact of their battery packs to consider.

Some EV carmakers like Volkswagen are developing plans for recycling batteries, while others are turning them into backup energy storage systems for home or commercial use. After all, just because a battery is no longer suitable for powering your car doesn’t mean it can’t be put to work storing energy from solar panels or other renewable sources.

If it doesn’t have any useful value, then the nickel, lithium, and other raw materials can be extracted from the battery before its disposed of. Whatever you do, don’t attempt to disassemble your EV battery yourself. Lithium-ion batteries are flammable and can be extremely dangerous if they aren’t handled properly. 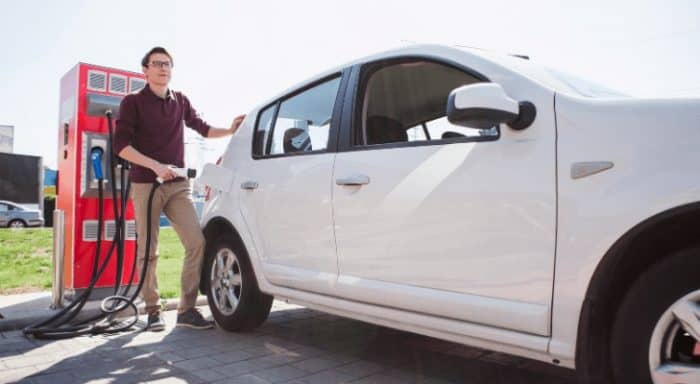 Buying a new EV can be a big decision. Fortunately, the type of battery it uses doesn’t need to play too much of a role in your choice. Most automakers use lithium-ion batteries, although some hybrids, like the Toyota Prius, have a nickel-metal hydride battery instead.

The main factors to consider are what the warranty covers and whether the battery’s capacity will be enough for your driving habits. Having that information available will make it easier to determine which electric vehicle is right for you.