Why Aren’t There Many Electric Convertible Cars? 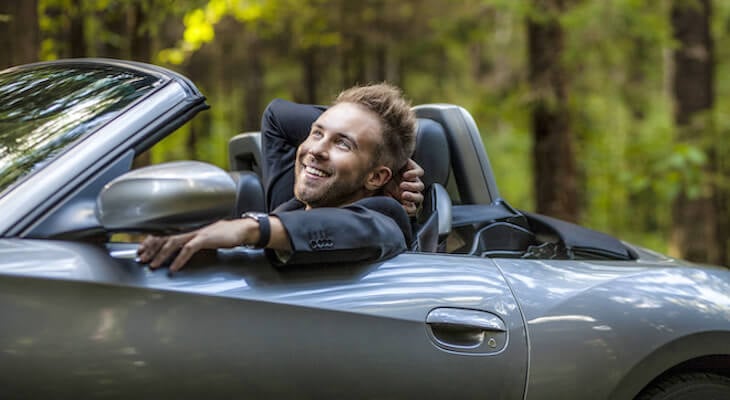 The concept of electric vehicles has been around for over a century, but it’s the contemporary evolution of electric cars that has been truly impressive.

Since the Toyota Prius debuted as the first mass-produced hybrid vehicle in 1997, the styles, technology, and performance of electric cars have only continued to improve. However, there is one automobile segment that has remained strangely absent from the electric car revolution: convertibles.

Convertibles debuted in the early 1930s and quickly became synonymous with the freedom and excitement of the automobile, as well as with the infinite possibilities of adventure associated with America’s newly developing interstate highway system.

This unique style of vehicle has been canonized in American music, theater, and film for decades, and is one of the lasting symbols of automotive engineering both in the U.S. and across the world. Many classic rock songs speak of driving around the California coast with unbridled freedom and sweeping views. Ford Mustang convertibles and Chevrolet Camaro convertibles are still highly sought after in secondary markets, and vintage versions can command millions at auction.

Yet automakers have been reluctant to include electric convertibles in their expanding plans to produce more and more electric vehicles. While electric drive sports cars, hatchbacks, coupes, and even pickup trucks have become staples of the EV world, the hybrid or all-electric drop-top has remained noticeably absent.

In this article we’ll break down some of the reasons why no plug-in hybrid or battery electric convertibles have been produced on a mass scale, and what you can expect in the future for these icons of the American road.

At first thought, the premise for an all-electric convertible seems easy enough, particularly in the wake of so many new technological developments in the EV industry.

Yet even a quick search for electric convertible cars yields few results, which can confuse many car shoppers.

From changes in consumer taste to technological and engineering difficulties, there are a few major reasons that electric convertible cars have yet to come to the fore.

In 2021, convertibles made up less than half a percent (0.46%) of new car sales in the United States. While a robust used marketplace still exists among older customers and a small subset of collectors, the romantic qualities of convertibles aren’t enough to attract modern-day drivers.

For starters, despite the novelty of driving with the top down, contemporary drivers are much more interested in comfort and practicality and more fuel-efficient aerodynamics. After all, who needs a soft-top, open-air car when their goal is getting the kiddos to school bright and early.

Today’s drivers are also far more concerned with safety than drivers from yesteryear, and it’s stating the obvious to say that driving a car with a roof is certainly safer than driving in one without.

Similarly, today’s drivers continue to flock toward SUVs, all-wheel-drive crossovers, electric SUVs, and pickup trucks and away from large and midsize sedans. That means convertibles — usually small two-door cars with very little cargo room — simply lack the versatility most drivers are looking for whether their roof is up or down.

Lastly, convertibles have never seemed to shake the nostalgia-enthused style that originally sparked their popularity so many years ago. While their novelty is appreciated by younger generations, the convertible is no longer seen as a marker of prestige or style like it once was. It’s not just cultural shifts that have reduced the motivation of automakers to create a convertible car with an all-electric or hybrid powertrain. There are technical reasons at play too. It’s all about specs.

All electric model vehicles are heavier than traditional gas-powered vehicles. This higher curb weight is the result of the weight of their battery packs and electric motor systems.

On top of that, both hard-top and soft-top convertibles have always been heavier than their stationary roof counterparts.

So, when it comes to engineering an electric convertible, engineers are tasked with making an already heavy vehicle even heavier.

The much-anticipated development of the Tesla Roadster continues as of this writing. Pandemic-induced automotive computer chip shortages and other supply chain issues have pushed the release of the car back to 2023, so it remains in concept car purgatory.

That said, if Elon Musk‘s latest contribution to American automotive ever does reach the market, it is slated to come with a convertible option. Other impressive specs include an estimated top speed of 125 MPH.

Mini has also announced that it plans to release a convertible version of its popular Mini Cooper SE electric car by 2025, but that’s obviously still several years away.

For those eager for a luxury, all-electric convertible sports car, Porsche announced in the summer of 2021 that they have plans to go ahead with a Porsche Boxster EV concept, although like the other two we mentioned, don’t expect it to debut any time soon. One of the goals of Porsche engineers is to make sure the vehicle has a similar driving experience to its popular gas-powered vehicles, one that will likely take some time to fine-tune.

Major automakers Nissan and Bentley have already debuted electric convertible concept cars, but have not come forward with specific plans or dates to mass produce the cars. Like many major automakers, Bentley has pledged to go all-electric by 2030, which means the Continental GT convertible model currently produced by the brand could one day be all-electric.

Lastly, fledgling electric truck producer Rivian has signified that its R1T all-electric pickup truck will be available with a removable roof.

Head Out on the Highway 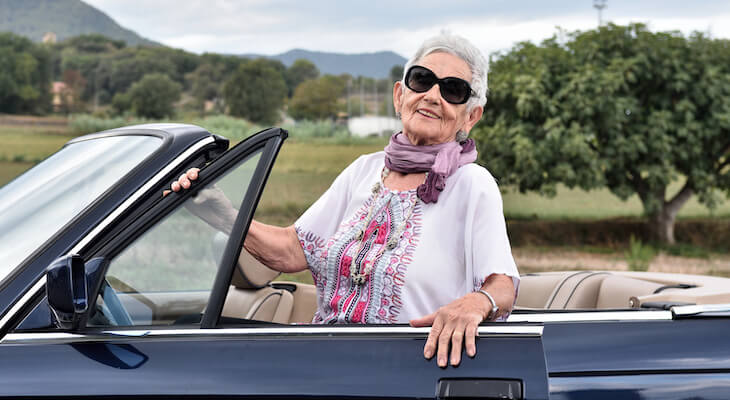 While we’ll likely have to wait until next year (at the soonest) for news on electric convertibles, Compare.com will be here to assist you in finding the right hybrid or battery-electric vehicle that’s right for you. And while the market for all-electric convertibles is just a concept in the U.S., there are still a wide variety of different types of EVs that are fun to drive.

Whether you’re looking for a crossover EV, pickup, or simply an affordable vehicle, check out our vast library of EV buying guides before you make your decision.

Ready to browse EVs in your area? Use this comparison tool to make your shopping experience quicker and easier: