How Well Do the Fastest EV Chargers Work? 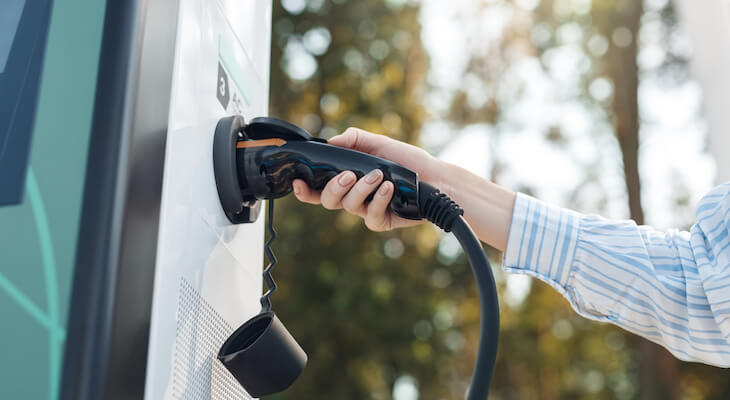 For years, the most important thing to look for in an electric car was range: How many miles could you drive before having to stop and plug it in? Now, the competition is on charging speeds, or how long it takes to bring the battery pack to a full charge.

Here’s what you need to know about EV charger types and how to choose the fastest EV charger for your electric vehicle.

What Is the Fastest EV Charger?

For example, the Chevrolet Bolt has a battery capacity of 65 kWh and has a maximum charging speed of 55 kW, depending on which type of charger you use.

DC fast chargers are only available at some stations, such as the Tesla Supercharger network. It’s the fastest way to charge your electric vehicle, but it costs more and can damage your battery health if you use it repeatedly.

If we’re looking at charging speeds alone, then the fastest EV charger is the new Terra 360 by ABB, which has a maximum charging speed of 360 kW.

Not only is it the world’s fastest electric car charger as of 2022, but each unit has four separate plugs, so four EVs can use it at once. Some charging networks, such as Blink and ChargePoint, let you reserve a charging station in advance, but with this kind of charging infrastructure, you may not even need to.

ABB’s E-mobility division touts several other features, including built-in LED lights and a video screen that displays your battery’s State of Charge, as well as wheelchair-friendly charging units to make refueling your EV even more convenient and accessible.

How to Get the Fastest EV Charging Speeds 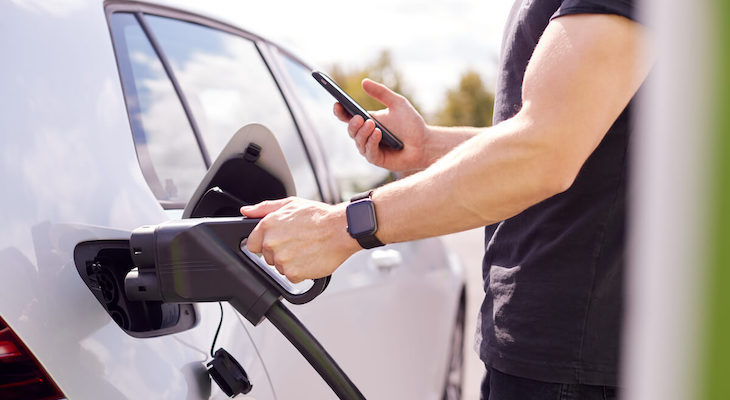 It isn’t entirely fair to talk about the Terra 360 as the world’s fastest EV charger, though, because most drivers won’t be able to make use of those speeds.

That’s because there are three things that determine EV charging times: the speed of the charging station, the speed of your car’s onboard charger, and the charger type or adapter that you use to connect to the outlet.

Here’s how each of those factors affects how fast your EV charges:

Let’s assume that your Chevy Bolt has a battery capacity of 65 kWh. A standard wall outlet is 120 volts, or less than 2 kW. That means your Bolt would take more than 30 hours to reach a full charge!

Fortunately, you can boost those speeds by installing a 240-volt Level 2 home charger. These can reach speeds of up to 22 kW and charge your Bolt in less than 10 hours.

If you’re short on time, you can go to a DC fast charging station to get even faster speeds than that. For example, the Blink charging network offers three charging speeds: 50 kW, 75 kW, and 175 kW.

The Bolt’s maximum charging speed is 55 kW, though, so you’ll max out at that rate, even if the charging station can deliver more power.

At that charging speed, you can expect your Bolt’s EV battery pack to reach its full capacity in less than an hour.

If your EV can only charge as fast as its internal system can handle, what’s the point of using a faster EV charger? Well, some EVs can charge much faster than the Bolt.

For example, some Tesla models can reach charging speeds of 250 kW, and there are plans to upgrade the Tesla Supercharger network to support even higher speeds. If you drive the Tesla Model S Plaid, you can add 187 miles of range in 15 minutes.

The Ford Mustang Mach-E and the Porsche Taycan have similar charging speeds, and the Lucid Air has a peak charging rate of more than 300 kW.

You can’t upgrade your car’s charging speed later on, so if fast charging is important to you, you’ll want to research these specs before buying a new car.

The third thing that can impact your expected charging time is the charger type that your EV uses. Most new EVs, including Teslas, are compatible with the SAE J1772 charger type for Level 2 charging, which has a maximum charging speed of 19.2 kW.

As for DC fast charging, there are three main charger types: CHAdeMO, CCS, and the Tesla Supercharger. These charger types all have different speeds.

The Electrify America network says that its CCS chargers can reach speeds of 350 kW, but their CHAdeMO units are only capable of 50 kW.

That said, CHAdeMO claims that its latest protocol can support speeds of up to 400 kW, and it has even faster chargers in the works.

Tesla uses its own charger type for fast charging, but supplies a J1772 charger for use on Level 2 charging stations, and CHAdeMO and CCS adapters are also available.

It’s a good idea to carry around multiple adapters, just in case your preferred charging network isn’t available — but using an adapter may limit your charging speeds.

Are Fast Charging Speeds Worth It?

Being able to charge your car quickly is a must for drivers who like to go on road trips or need to frequently make a lot of deliveries. But in the long run, installing a Level 2 charger at home is going to be better for your car’s battery health — and your wallet.

Some states offer tax credits and other incentives for installing a home charging station, and you can charge your electric vehicle during off-peak hours to save money.

A Level 2 charger can reach speeds of around 20 kW — nowhere near as fast as the new Terra 360, but enough to reach a full charge in just a few hours.

And remember, even fast chargers don’t maintain their maximum speed the entire time. Most of them slow down once the State of Charge reaches 80% in order to protect the battery pack from overheating.

For everyday drivers, fast charging is only worth it if you’re in a time crunch — or want to show off your Lucid Air’s impressive charging speeds.

Choose the Right EV for You 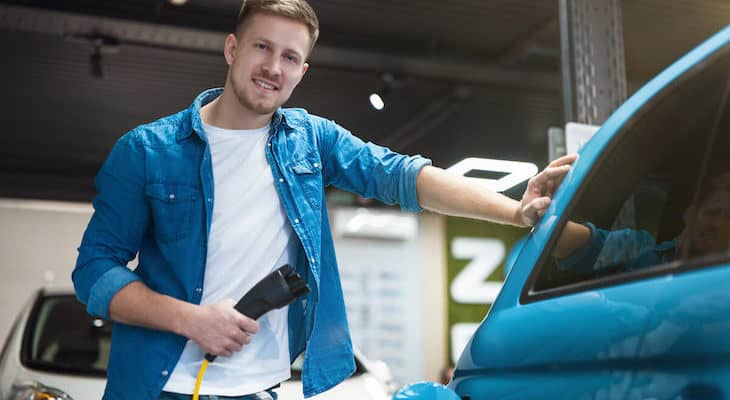 Check out our electric car guides to learn more about charging your EV, or use this tool to start shopping around for used electric cars near you.