How Much Does Supercharging a Tesla Cost? Rates & Fees Explained 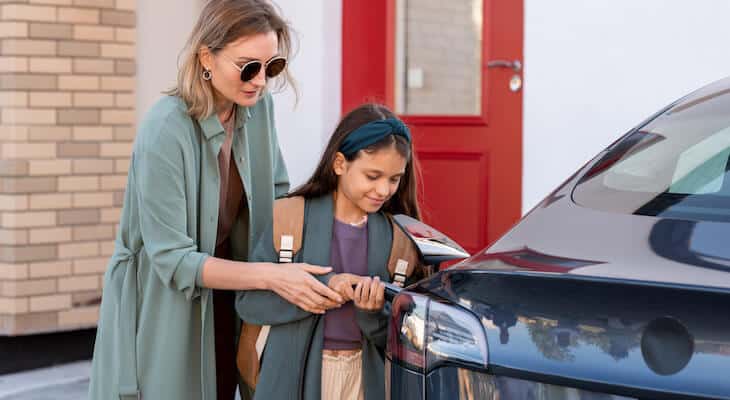 One of the first questions people ask when considering the purchase of an electric car is: How much will charging cost? All electric vehicles come with a charger of some kind, and the majority of electric car drivers install charging stations at their homes.

Tesla is no exception. Elon Musk‘s vision for Tesla was not simply to engineer an electric car for the masses, but also a global network of chargers that will be available no matter where Tesla drivers travel.

Whether they purchase a Tesla Model 3, Tesla Model X, Tesla Model Y, or any other vehicle in the brand’s EV lineup, drivers can choose between two different types of charging hardware: a wall connector and a NEMA 14-50 connector. Each Tesla also comes with a mobile charging connector with a 120-volt adapter.

What is the Tesla Supercharger Network?

The Tesla Supercharger network debuted in 2012 with the opening of a six-charger station in Hawthorne, California. As of November of 2020, Tesla has over 20,000 of these chargers in over 2,016 public charging stations across the world, including 1,042 stations in North America.

Many Tesla Supercharger stations are powered by solar panels, and each site has an average of 10 chargers. Superchargers are outfitted with a connector to supply electrical power at 72 kW, 150 kW, or 250 kW.

Tesla has strategically placed its Supercharger network adjacent to major highways and near convenient amenities. It also runs a Supercharging Host Program that allows commercial businesses to lease out a section of the parking space to Tesla for the construction of a charging site.

Tesla’s charging network also includes a variety of “destination chargers” that are provided by an exclusive network of businesses, hotels, and other locations.

Who Can Use the Tesla Supercharging Network?

Tesla’s network of chargers is reserved exclusively for Tesla cars. (Although in November of 2021 they began to open their availability to drivers of other electric vehicle brands in Europe.)

The brand’s Level 3 chargers are available only at Tesla Supercharging sites and not available for individual sale or home charging use. That said, Tesla vehicles are compatible with off-brand Level 2 fast charging units which many Tesla owners choose to install at their home.

Tesla Superchargers are not for home use because of their industrial strength. Each one is a high-speed, Level 3 direct current, otherwise known as a DC fast charging system. A Tesla Supercharger can replenish a car’s battery pack with 300 miles of range in approximately 60 minutes.

By comparison, home “fast charger” systems are Level 2 chargers that utilize an alternating current. They can refuel 300 miles of range in approximately eight hours. 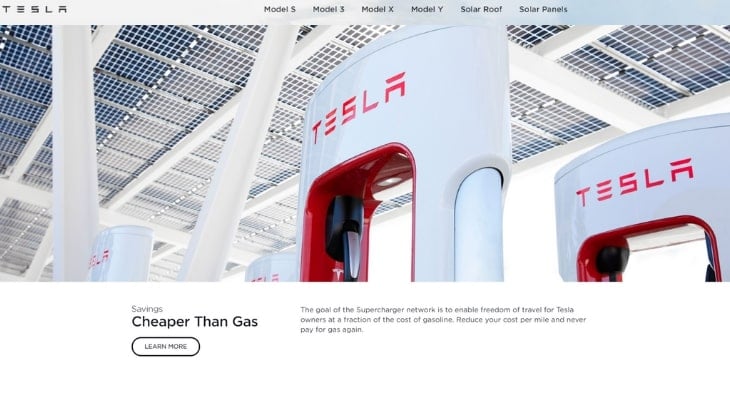 The price to charge your Tesla at a Tesla Supercharging station varies from region to region due to fluctuations in the costs of electricity. Tesla Superchargers are also slightly more expensive, due to the fact that Tesla must recoup a fee to maintain its charging sites and network.

Here are average charge rates according to Tesla:

Given this fee structure, it costs between approximately $7.80 and $15.60 to charge a Tesla at a Supercharger station for one hour, and you’ll drive away with 300 miles of range.

It’s important to note that the original owners of Tesla Model X, Tesla Model 3, and Model 3 Performance models purchased before September 2018 have access to lifetime free Supercharging at Tesla stations.

What Are Tesla Idle Fees?

Tesla drivers who are interested in leaving their car at a Supercharger while they shop or go out to dinner may want to think again. The automaker implements “idle fees” for additional time cars remain connected to Superchargers once they are fully charged. This is to discourage drivers from idling at charging stations for too long, and forcing other drivers to wait.

Fortunately, the Tesla app allows owners to remotely monitor their vehicle’s charging status, and can issue alerts when their charge is nearly complete, and when their vehicle is fully charged. The system also notifies users of how many available charging stalls are open at a particular Supercharger site.

The concept of the Supercharger network isn’t to utilize it as an everyday charging source, but as a way to recharge during long road trips. This is because long-term use of Level 3 chargers can slightly shorten the lifespan of electric car batteries.

The Tesla 3 manual, for instance, states that the peak charging rate of the car’s battery “may decrease slightly after a large number of DC Fast Charging sessions.”

However, it’s important to remember that the electric battery packs in all EVs deteriorate slowly over time.

Drivers are encouraged to utilize home charger systems for the majority of their Tesla charging. 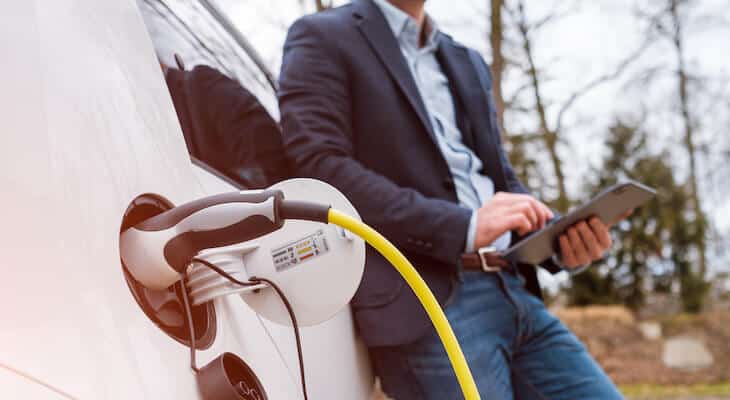 And since payment methods, such as a credit or debit card, are given to Tesla upon the purchase of the vehicle, no financial transactions need to take place when you stop at a Supercharger station. Each Tesla is automatically recognized and billed accordingly.

Charge Up and Go

Tesla’s Supercharging network is an added perk when deciding to purchase a Tesla EV. That said, critics, drivers, and the company itself strongly recommend drivers install a Level 2 home charging system as their main go-to.

Lower residential electricity costs mean lower charging rates than Supercharger stations, which are better relied on as a source for quick charging when traveling great distances.

Whether you purchase a new Tesla or a pre-owned one, remember that home charging stations must be installed by an experienced electrician due to the high degree of skill necessary to adapt the charger to your home’s electrical grid.

In addition, those who purchase an EV and install a home charging system are eligible for numerous state and federal tax rebates based on which state they live. However, the tax credit for Tesla and General Motors vehicles has been phased out since 2021 due to their volume of sales.