Home Electric Cars Guides Hybrid vs. Electric: Which Electric Vehicle is Right for You?

Hybrid vs. Electric: Which Electric Vehicle is Right for You? 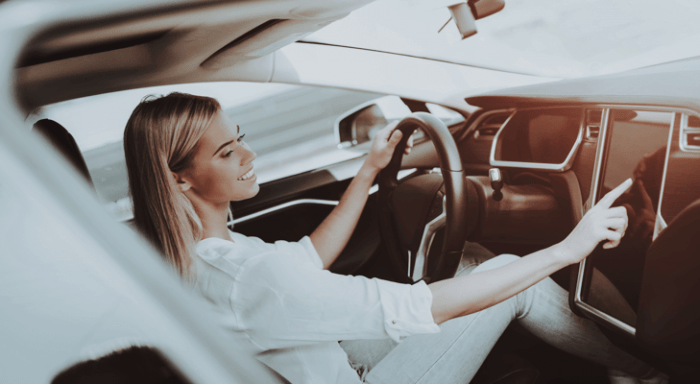 The electric car market is growing and offering drivers new choices with each passing model year. With so many options, we don’t blame you if you still struggle to understand the difference between hybrid vs. electric vehicles. And with the ever-expanding selection of eco-friendly cars, determining which is right for you can be a bit confusing.

With a little clarification on the big questions, you can be on your way to better fuel economy, reducing your carbon footprint, and making your road trips easier on your mind and your wallet. 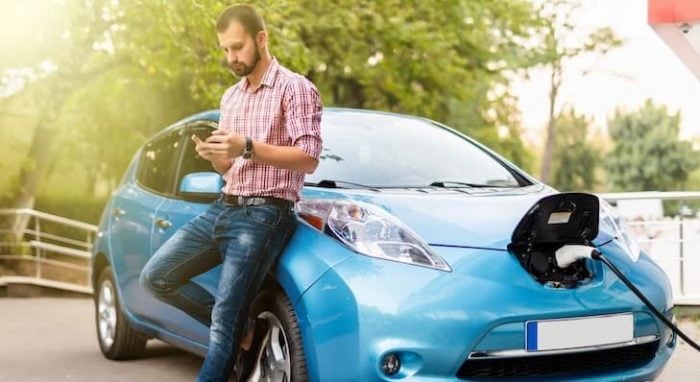 A hybrid vehicle engine is a combination of a traditional gas-powered internal combustion motor and an electric motor.

The very first mass-produced hybrid car was the Toyota Prius, which debuted in Japan in 1997. The Honda Insight debuted in 1999, making it the first hybrid vehicle offered in the American auto market. In the two decades since, hybrid and plug-in hybrid vehicle technology has continued to evolve and improve.

In a hybrid vehicle, the electric power and gas engine each serve different functions. The car’s electric battery serves to start the car while powering the vehicle’s accessories such as its lights, audio and navigation features, and cabin temperature controls.

Unlike their electric counterparts, standard hybrid vehicles don’t need to be recharged from an external source or plugged in to regain their charge. In hybrid cars, electricity generated from the vehicle’s drive and braking systems is transferred back to the car’s battery in an unending loop. This technology is known as regenerative braking.

While hybrid cars can be considered a type of electric car, they still utilize a spark-ignited gasoline-powered engine to power the car’s wheels and driving functions, so they’re not powered by electricity alone.

A standard hybrid vehicle emits significantly fewer harmful chemicals and gases into the environment when compared to traditional gas-powered vehicles. On average, the amount of harmful emissions from a hybrid vehicle is nearly 50% less than one powered by a gasoline engine alone. 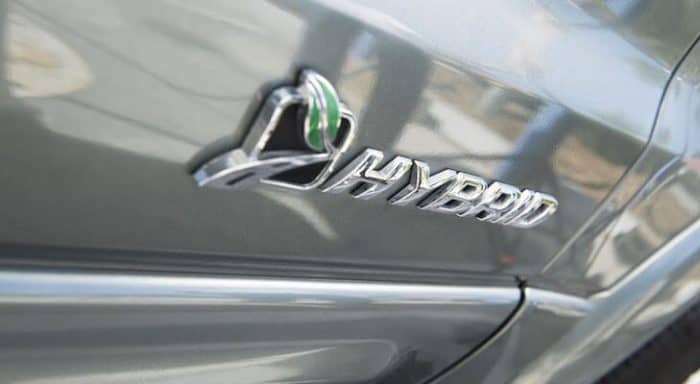 Plug-in hybrid electric vehicles, also known as PHEVs, are similar to hybrid vehicles in that they utilize a combo of a battery pack and a traditional gas-powered internal combustion engine. The difference is that plug-in hybrids contain a battery pack that has to be recharged from an external charger.

The first plug-in hybrid vehicle in history was invented in a collaboration between General Motors and the United States Department of Energy. The Chevy Volt made its debut in 2010, receiving widespread acclaim from environmental scientists, automotive critics, and drivers alike.

The fact that plug-in hybrid cars require occasional charging leads many to assume that they are all-electric. This is not the case. PHEVs are drastically different from all-electric vehicles for one reason: When their battery power source runs out, they can switch over to solely use their internal combustion engine.

Thanks to this feature, PHEV drivers can travel without the “range anxiety” — that nagging worry about just how far their car’s electric power source alone will take them.

While plug-in hybrid vehicles require drivers to have access to a charging station to juice up their battery, PHEVs offer drivers many of the same benefits as their hybrid engine counterparts.

The amount of time it takes to charge the battery in a PHEV depends on several factors, including battery type and charge port. While public charging stations are becoming more and more common with each passing year, nearly all PHEV vehicle manufacturers provide charging cords that require little to no installation at home.

The Toyota Prius remains a favorite choice among commuters thanks to its reputation for fuel efficiency and variety of optional entertainment and navigation features. The Prius also offers an optional all-wheel-drive powertrain, making it a sound choice for those who face winter weather each year. The cost of a base model 2021 Prius is around $25,000.

The Corolla Hybrid, another car from the Toyota lineup, is ideal for shoppers on a budget who are looking to take advantage of the fuel efficiency of a hybrid. With a starting price around $23,000, it remains one of the most affordable hybrid cars on the market in 2021. The Prius bests Corolla in terms of cargo space, however, thanks to its hatchback design.

Drivers looking for a bit more performance from their electric vehicle should consider the Tesla Model 3, hailed by critics and drivers alike for its extensive driving range and race-inspired handling and acceleration. The Tesla 3 is also praised for its futuristic style both inside and out, although its $38,000 price tag is on the higher side.

Drivers with families love the Hyundai IONIQ Hybrid for the impeccable safety ratings, responsive braking ability, and visibility, with an affordable starting price of $23,400. While the Ioniq is a mid-size sedan, it offers considerably more rear passenger room than both Prius and Tesla 3, particularly for infant car seats. The IONIQ is also available in plug-in hybrid and all-electric versions.

The Mitsubishi Outlander PHEV remains a popular choice among families as well thanks to its impressive 100 MPG capability, in addition to standard all-wheel-drive capability with snow and sport driving modes. Its added driving features are reflected in it’s starting price of $36,000.

Hybrid vs. Electric: Which is Best for You?

If you’re considering a new car and are choosing between a hybrid vs. electric vehicle, both have environmental benefits and offer more fuel efficiency than cars that are strictly gas-powered. Both hybrid and electric vehicle drivers are also eligible for state and federal tax credits upon purchase of their car.

As automakers like Chevrolet, Ford, and Volkswagen continue to pledge to abandon fossil fuels, both hybrid and electric vehicle technology is likely to improve at a quick pace. The automotive industry is very aware that fuel savings and reducing their environmental impact are top of mind for cost-conscious consumers.

From improved electrification technologies and larger batteries, hybrid electric vehicles and their all-electric counterparts represent the future of driving as we know it.