Home Electric Cars Guides Hybrid vs. Plug-in Hybrid: Which EV Is Right for You?

Hybrid vs. Plug-in Hybrid: Which EV Is Right for You? 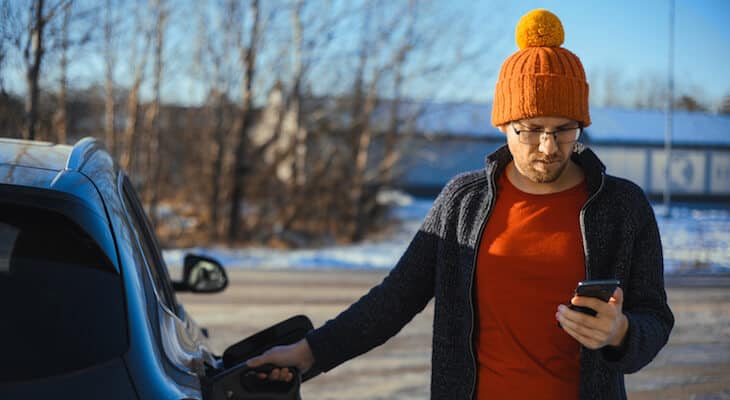 Hybrid electric vehicles (HEVs) are among the most popular types of electric cars for a reason: They offer the lower fuel and maintenance costs of all-electric vehicles, but they still have an internal combustion engine (ICE). This means you can refuel them at a traditional gas station and don’t have to worry about running out of battery power.

If you’re trying to choose between these two types of cars, then you’ll want to consider the pros and cons of each and how they’ll fit in with your budget and lifestyle.

Both types of hybrids operate with the same basic components: They use a battery pack to supplement the internal combustion engine, reducing the amount of gas you use and lowering your tailpipe emissions and fuel costs.

Hybrids can’t get very far using only electric power, except at very low speeds and at short distances, so they aren’t as environmentally friendly as battery electric vehicles.

Still, they can reduce your emissions significantly due to regenerative braking, which “recycles” the energy lost when braking or coasting uses it to recharge the battery pack.

You won’t really need to understand this difference when shopping for a hybrid, since their handling and power consumption is more or less the same.

But if you’re thinking of buying a new car, it’s a good idea to research how electric cars work so you know how to maintain your EV and maximize its lifespan.

Differences Between a Hybrid vs. Plug-In Hybrid

The most important decision you’ll have to make when buying a hybrid is whether or not to choose one that you can plug in to a power outlet.

This will determine how convenient it is to charge the battery pack, and how far you can drive without stopping to refill the gas tank.

Plug-in hybrids are more fuel efficient than standard HEVs, because if you charge them often enough, you can treat them like a fully electric vehicle.

For short commutes, you can rely solely on battery power, and the conventional engine will only kick in when the battery runs out.

These days, the EPA-estimated EV range for a plug-in hybrid car can be as low as 8 miles for the Ferrari SF90 Stradale to 126 miles for the BMW i3.

This is a much smaller range than all-electric cars like the Chevy Bolt, which gets 259 miles of range on a fully charged battery. But that’s because all-electric cars don’t have a gasoline engine to fall back on, so they need a larger battery capacity.

If you only want to drive using electric power and you don’t want to rely on gasoline at all, then you’ll want to choose a fully electric vehicle instead of a hybrid.

As you can see, the standard HEV has a much smaller battery capacity than the other two cars, and its EV-only range is negligible compared to the plug-in hybrid.

In contrast, the PHEV has a smaller battery and range than the all-electric model, but it’s nearly twice as fuel efficient as the regular hybrid. 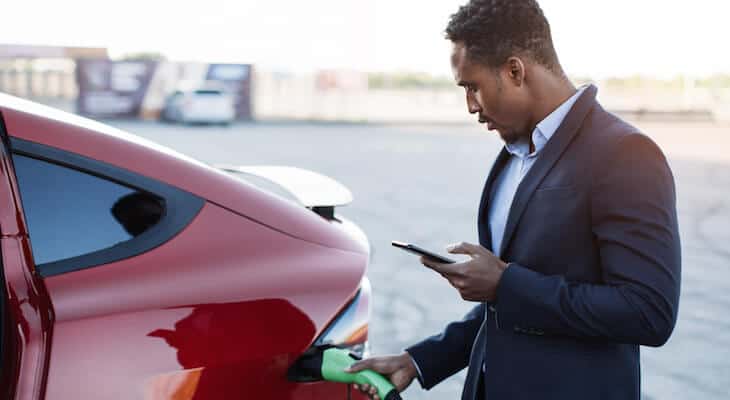 When it comes to charging your hybrid vs. plug-in hybrid, the difference is simple: a standard hybrid can’t be plugged in, while a PHEV can.

Both types of hybrids will charge automatically when you drive, using energy generated by the internal combustion engine and captured by the regenerative braking system. But the PHEV can be plugged into a wall outlet or charging port to make the most of its battery capacity and reduce your reliance on fossil fuels.

This is less time than it takes to charge a BEV, but that’s because the battery pack is much smaller. It’s worth keeping in mind that most PHEVs aren’t compatible with DC fast charging, so you won’t be able to top up as easily on the go.

You can, however, install a 240-volt charging station at home so you don’t have to rely on the slowest charging method.

Plug-in hybrids have more range and battery capacity than standard hybrids, but that extra power does come at a premium.

That said, the U.S. Department of Energy estimates that annual fuel costs for PHEVs are significantly lower. Plus, plug-in hybrids are eligible for the federal electric car tax credit of up to $7,500, while conventional hybrids are not.

There isn’t much difference when it comes to maintenance costs, though: Both the Prius and the Prius Prime have significantly lower ownership costs than conventional cars.

You’ll still need to pay for regular tune-ups and oil changes — which aren’t needed for fully electric cars — but you’ll be covered by a standard warranty on the battery pack, which lasts for 8 years or 100,000 miles.

Most Affordable Hybrids and Plug-In Hybrids

The most well-known hybrid is the Toyota Prius, which launched as a full hybrid in 1997 and as a plug-in hybrid in 2012. But dozens of other hybrids have come out since then, ranging from luxury cars to crossovers and SUVs.

Here are our picks for the most affordable hybrids in five categories:

Starting at $26,700 the Hyundai Ioniq PHEV is several thousand dollars cheaper than the Toyota Prius Prime, making it one of the most affordable hatchback PHEVs on the market. Its electric-only driving range is 29 miles, but with a full tank of gas, you’ll get over 620 miles of range before you need to recharge or refill.

The Kia Niro PHEV has an all-electric range of 26 miles, slightly less than its crossover competitor, the Toyota RAV4 Prime. But with a base price of $29,590 — vs. $39,425 for the RAV4 — the Niro may turn out to be a better value for the price.

The Ford Escape provides 38 miles of electric range and 520 miles of combined range, with an estimated MPGe of 105 miles. Its 14.4-kWh battery is large for a PHEV, making this one of the best hybrid SUVs you’ll find at this price.

The BMW i3 REx is a range extended vehicle, or a series plug-in hybrid. It has a larger battery pack than many other hybrids and only a small 2.4-gallon gas tank for backup. While not as luxurious as other high-end models like the Porsche Cayenne E-Hybrid, it has more than seven times the range and is nearly half the price.

This compact car has a 9.6-kWh battery and an all-electric range of 17 miles. You’ll pay less for the fully electric Mini Cooper — and get more range — but if you want the peace of mind of a gas tank, then the PHEV edition may be the better fit for you.

Hybrid vs. Plug-in Hybrid: Which Is Right for You? 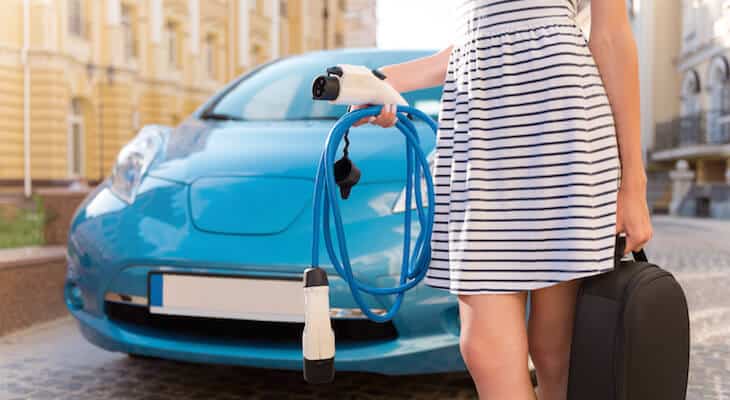 Choosing the right type of electric car comes down to your lifestyle, budget, and driving preferences. Plug-in hybrids can be a good choice if you plan to park your car at home every night and charge the battery at a home charging station.

A conventional hybrid might be a better fit if you commute long distances or spend a lot of time in rural areas. Then, you can skip the home charger and save money on the sticker price since you’ll mostly be filling up at gas stations anyway.

Either way, driving a hybrid or plug-in hybrid can help you save money and reduce your carbon footprint, without introducing range anxiety into your commute. You’ll still be able to drive long distances and in areas without much charging infrastructure.