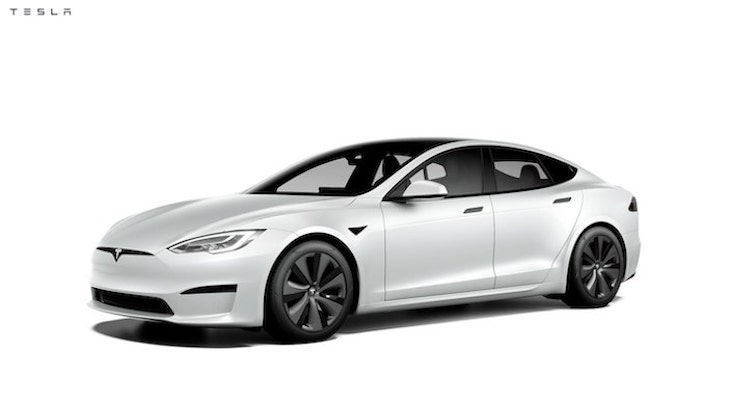 Tesla revolutionized the electric car space when it introduced the Model S in 2012. Since then, this all-electric automaker has gotten stronger and improved its flagship sedan significantly.

While Tesla has improved, it’s also picked up many new competitors, including the all-new Lucid Air. This luxury sedan from startup car company Lucid Motors offers many features that rival the Model S, but which is the better option for you.

In this Lucid Air vs. Tesla Model S head-to-head comparison, you’ll learn the ins and outs of both machines, allowing you to make an educated buying decision.

Shop for EVs Near You

The Lucid Air and Tesla Model S are long-range, high-performing premium electric sedans. Let’s see how they stack up in a head-to-head competition. 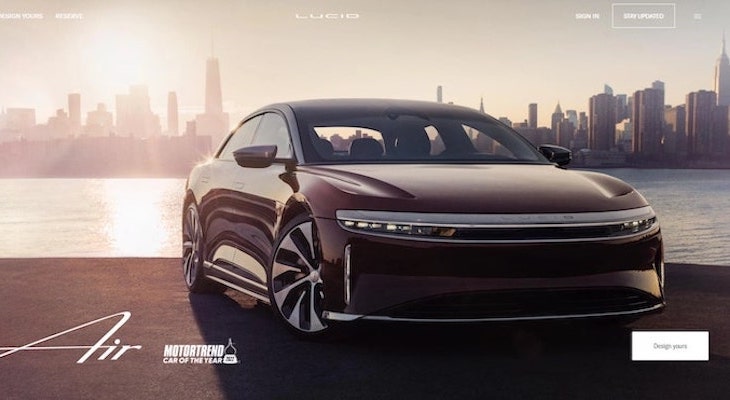 The Lucid Air sedan looks almost like it’s ripped from a movie based 20 years in the future. With its long roofline, sleek body panels, bar-style lighting, and eye-grabbing wheels, the Lucid Air is sure to attract customers looking for a car that’ll stand out in a crowd.

The Tesla Model S is no slouch in the looks department either. However, next to the Lucid Air, it looks mainstream. But its body is still sleek and will attract buyers who prefer not to attract the gawks of passersby.

While the Lucid Air’s long roofline makes it seem like a much larger vehicle, the Model S and Air are similarly sized.

Inside, the Tesla Model S is about as simple as they come for a luxury electric vehicle. Yes, it has premium materials, like synthetic leather, but it’s cabin is mostly free of clutter. This is thanks to its massive 15-inch tablet-style infotainment screen with all the heating and air conditioning controls built into it. The Model S also features a digital gauge cluster to further clean up the dash and a U-shaped steering wheel for a more futuristic look.

Despite having its massive touchscreen, the Model S does not offer Apple CarPlay or Android Auto. 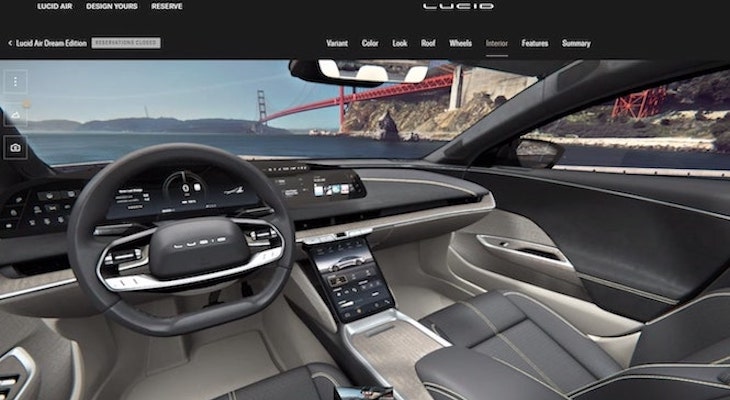 Inside the Lucid Air there is a lot more going on than the Model S, but it’s still relatively tame. More soft materials rival the likes of Volvo and Land Rover, making it look and feel more luxurious than the Model S. The Lucid Air matches the Tesla Model S with its huge tablet-style touchscreen and 31-inch digital instrument panel. The Air has wireless Apple CarPlay and Android Auto, unlike the Model S.

Inside, these models have very similar dimensions, but the Model S wins big in maximum cargo. This makes it ideal for a family that likes to haul larger cargo, like a bicycle or other large equipment.

While the Lucid Motors Air and Tesla Model S are both amazing cars in many ways, their powertrains make them very special.

The Lucid Air comes in a wide range of flavors, starting with the Air Pure, which will come standard with a single electric motor and rear-wheel drive (RWD), but it’ll have optional dual-motor all-wheel drive (AWD). This model will crank out 480 horsepower, but there are no details on its 0-60 mph sprint time.

The Lucid Air and Tesla Model S are not for the faint-hearted. The Model S is nothing less than insane with its sub-2-second to 3.1-second 0-60 time, and some buyers may find this a bit much. These shoppers may prefer the more timid Lucid Air Pure.

But for those who crave a supercar but need a sedan, the Tesla Plaid trim is the right car for you. 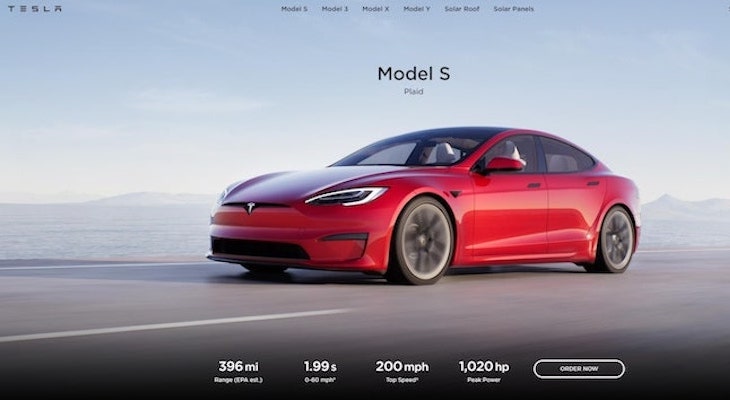 Their performance is amazing, but many shoppers look to the Lucid Air and Tesla Model S for efficiency, and both deliver.

The Tesla Model S’ driving range starts at 405 miles in the base model and drops to 396 miles in the Plaid model.

The Lucid Air Dream Edition range checks in at an EPA-certified 520 miles on a single charge for the 933-horsepower model. The Grand Touring model is next with an EPA-estimated 516-mile range. The Dream Edition with 1,111 horsepower checks in with an EPA-certified 471 miles of range. Finally, the Ait Touring and Air Pure, which haven’t been through EPA testing, are projected to offer a 406-mile EV driving range.

The EPA estimates the average driver will spend $550 per year charging the base and Plaid Model S and $650 per year on the Plaid with 21-inch wheels.

Lucid also offers DreamDrive Pro, which is standard on the Grand Touring and Dream Edition models and a $9,000 upgrade on all other models, and has “hardware for semi-autonomous driving functionality with over-the-air updates.“

The Model S comes standard with automatic emergency braking, adaptive cruise control, blind-spot monitors, and lane-keep assist. There is also a $12,000 upgrade to AutoPilot, which includes self-driving hardware and can handle lane changes, parking, and driving without driver intervention. AutoPilot also has a summon feature that allows the driver to summon the vehicle to them from a parking space, a la a valet.

Neither the Lucid Air nor the Tesla Model S is cheap, as they are luxury electric vehicles. The Lucid Air starts from $77,400 for the Pure trim level and tops out at $169,000 for the Dream Edition. The Lucid Air also qualifies for up to a $7,500 federal tax credit and other state and local green vehicle credits.

The Tesla Model S comes in just two trim levels: base and Plaid. The base model starts from $94,990, and the Plaid trim starts at $129,990. The big downside to the Tesla Model S is it no longer qualifies for the $7,500 federal tax credit, though it may still qualify for local and state incentives.

The Tesla Model S has been around since 2012, so there are plenty of used models on the market to pick from. Also, in years past, Tesla offered a more robust selection of Model S trims with lower prices than we see today. So, there’s a good chance you can find a quality pre-owned Tesla Model S for far less than today’s MSRP.

As for the Lucid Air, deliveries haven’t started yet, so saving on a used model will take some time. As for leasing, Lucid hasn’t announced a leasing program yet, which is no surprise for this startup automaker. However, we should see a lease program at some point.

Lucid Air vs. Tesla Model S: The Right Model for You

The Model S and Air are both great luxury EVs with excellent energy storage to consider and cater to mostly the same types of buyers. However, the Lucid Air has a lower starting price on a model that has more traditional performance specs, attracting customers who don’t need supercar-like quarter-mile drag times.

On the flip-side, the Air’s wild design could turn off some buyers. So, those who prefer a more traditional sedan look will likely see the value in spending up to the Tesla Model S. 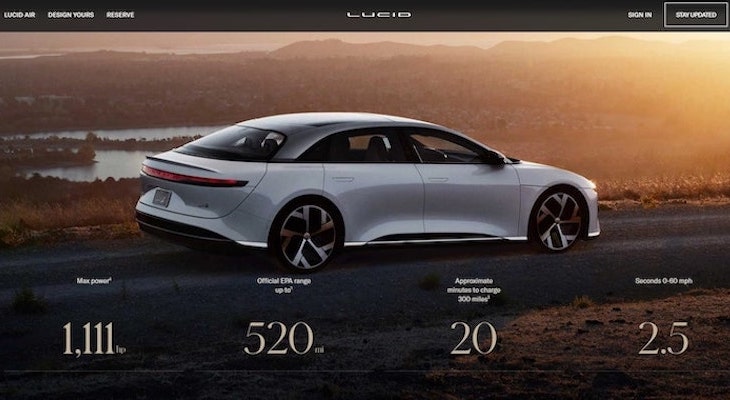 Whichever model is best for you, Compare.com can help you find one with its powerful electric car search tool. Plus, our electric car buying guide will help you learn everything you need to know about electric cars before making the EV commitment.