10 Most Affordable Hybrid Cars for a Greener Ride 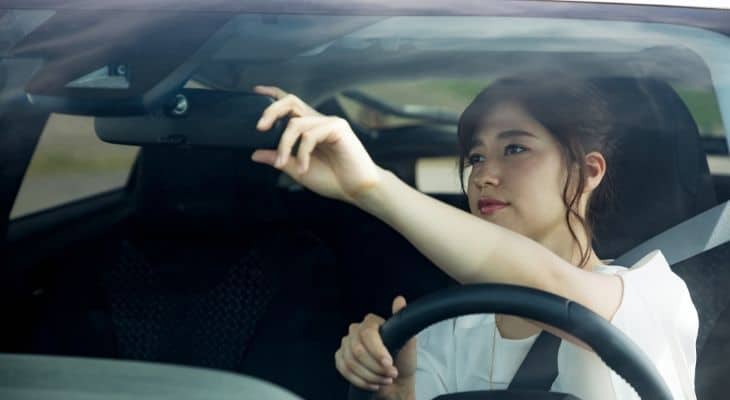 Those who are tired of the environmental and financial price of driving gasoline-powered cars have a lot of great choices when searching for a new car. However, the vast majority of all-electric cars available on the market today are relatively expensive.

Hybrid cars, or cars powered by a combination of both gasoline and electricity, are a more affordable alternative to all-electric vehicles. Drivers eager to increase their fuel-economy while continuing to drive a vehicle as stylish, roomy, and sporty as their favorite gas-powered SUV have a vast array of affordable hybrid models to choose from.

There are several different types of electric and hybrid-electric cars. The affordable cars suggested here are all traditional hybrid vehicles.

Hybrid vehicles offer drivers the fuel-savings of driving an all-electric motor with the security of a back-up, gas-powered engine should they run out of charge.

If you’re not quite ready for an all-electric motor, the 2021 model year is full of hybrid SUVs, midsize sedans, hatchbacks, and crossovers whose hybrid powertrains and low price points will have you saving lots of money while cutting down on harmful emissions. 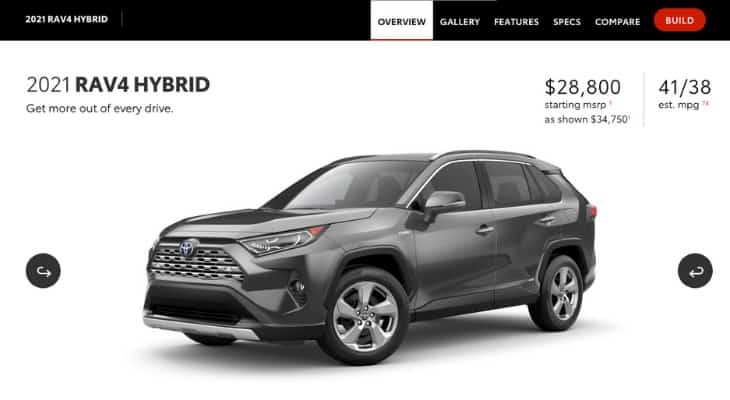 Thanks to a 2.5-liter four-cylinder engine that’s assisted by two electric motors, the 2021 Toyota RAV4 Hybrid offers drivers 219-horsepower and an all-wheel drive powertrain that makes this affordable hybrid SUV as capable as it is efficient.

Families will love the numerous cubbies and bins the rear passengers can utilize to store cargo, as well as the ambient interior lighting features that may inspire little ones to nap on long road trips.

The latest RAV4 hybrid also features a bigger, 9-inch touchscreen system, giving drivers even more access to information about the road ahead. 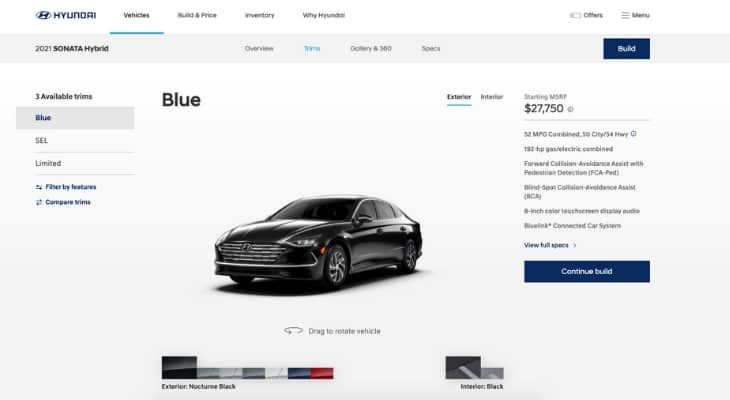 Critics and drivers alike have praised the 2021 Hyundai Sonata Hybrid for its spacious, comfortable cabin and upscale features like leather seating and ergonomic dashboard layout, complete with an infotainment system.

One drawback to the Sonata hybrid is its somewhat slow acceleration — although aggressive performance isn’t often a calling card of four-door sedans. While its pickup might not be great, the Sonata offers comfortable seating for five and ample cargo space.

The Sonata hybrid also offers the Hyundai Digital Key feature which allows you to access the vehicle with a specialized app and your cell phone — no actual key required. 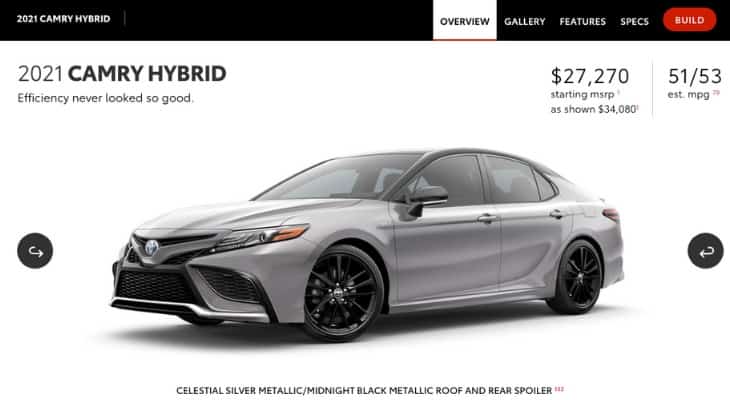 Drivers looking for a stellar combination of style, performance, onboard technology and efficiency needn’t look further than the 2021 Toyota Camry Hybrid LE.

The Camry has everything families want in a stylish sedan — from enhanced safety features to an array of onboard technology.

Unlike other sedans, the Camry is impressively large, and offers abundant cargo space and interior storage whether the rear seats are folded or not. 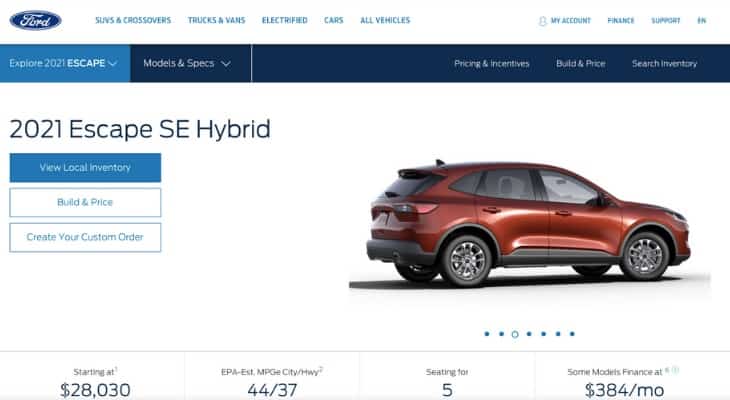 The 2021 Ford Escape Hybrid is an affordable hybrid SUV that features all the efficiency and styling you need to both get around town and take that long awaited road trip.

Drivers in northern climates who have to deal with snowy and icy roads each winter will love the fact that, along with excellent fuel efficiency, the Ford Escape Hybrid is also available with all-wheel-drive — making it as capable as it is fuel-efficient.

With the rear seats folded, the vehicle offers 61 cubic feet of cargo space, among the highest of all affordable hybrid SUVs. 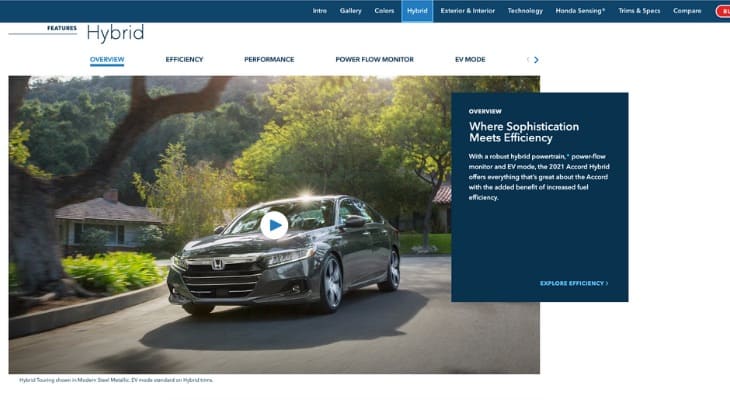 A newly revised throttle system and brake tuning are among the new performance features found in the 2021 Honda Accord Hybrid. Impressive EPA efficiency ratings and a zero-to-60 time of 6.7 seconds are among the car’s other performance-centric upgrades.

Safety-conscious drivers can appreciate the fact that the 2021 Honda Accord Hybrid has been rated a “Top Safety Pick+” by the NHTSA (National Highway Traffic Safety Administration). The Toyota Prius has earned a reputation as one of the best hybrid cars on the market, and the 2021 is no exception. One of the most affordable hybrid cars available on the market is also the most efficient, with an EPA estimated 56 MPG combined fuel economy.

Drivers looking for ample cargo space or fancy detailing will want to look elsewhere as the Prius remains unconcerned with flashy details. But, a comfortable cabin, all-wheel drive capability and a reputation for long-term reliability make the Toyota Prius one of the best hybrid cars year after year. 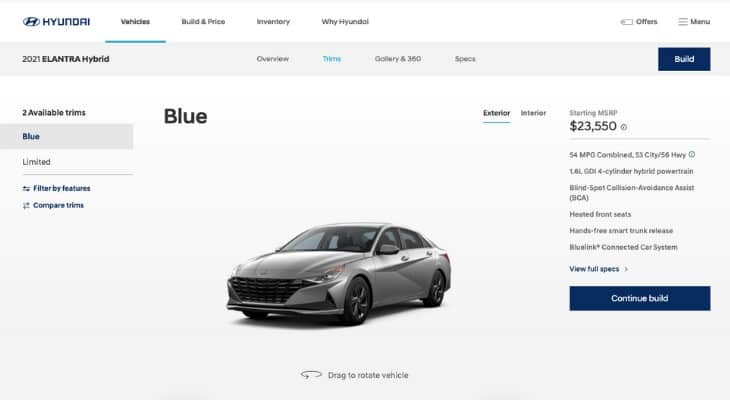 Practicality and enhanced safety features top the list of appealing things about the 2021 Hyundai Elantra Hybrid.

The 2021 Hyundai Elantra Hybrid comes with a variety of standard safety features that are as impressive as its fuel efficiency. They include standard emergency braking with pedestrian detection, lane-departure warning with lane-keeping assist, and adaptive cruise control.

Tech-savvy commuters and drivers with families will love the fact that the Elantra also comes standard with both Apple CarPlay and Android Auto, and an on-board Wi-Fi connection. 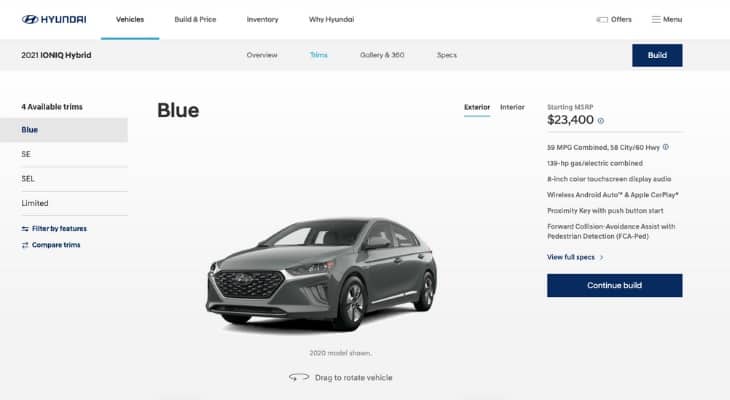 If you’re in the market for a new affordable hybrid car that boasts the latest in on-board navigation and communication technology, the 2021 Hyundai Ioniq Hybrid is an excellent choice. 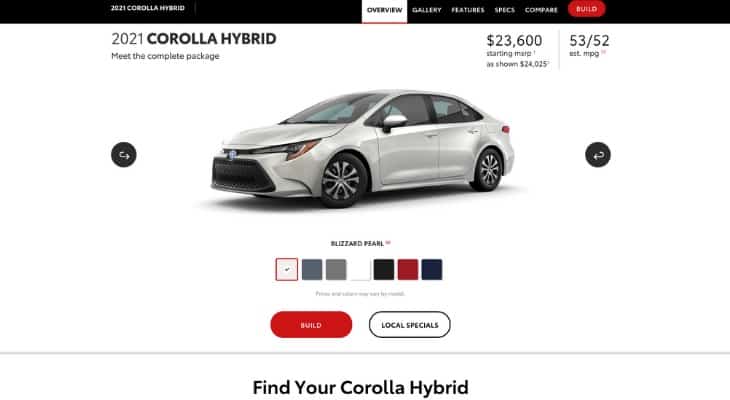 Standard features like continuously variable automatic transmission (CVT), a leather-trimmed steering wheel, and 18-inch wheels help the 2021 Toyota Corolla Hybrid LE stand out among the most affordable hybrid cars of 2021.

The Corolla’s EPA-estimated 52 combined MPG ranks it among the highest in the hybrid sedan segment, something that will make it stand out to commuters.

The 2021 Toyota Corolla Hybrid LE also comes with race-inspired front seats and a spacious interior that also make it stand out in its class. 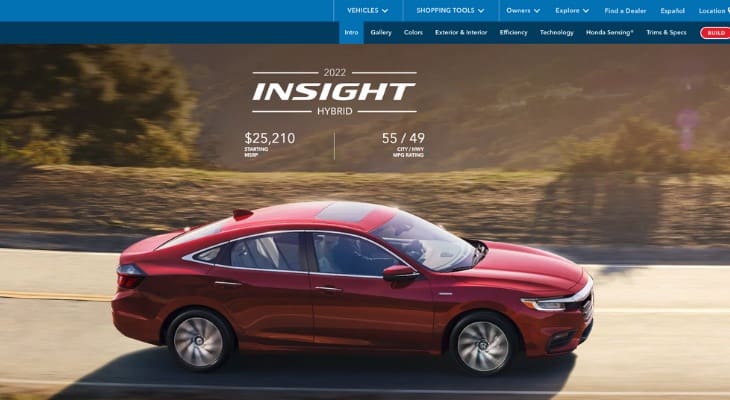 The 2021 Honda Insight is, according to critics, effectively a hybrid version of the popular gas-powered Honda Civic.

Complete with Honda’s well-known polished design, the Insight features a modern, sleek appearance. And while it’s efficiency is impressive, don’t let the curved shape of the car’s rear end fool you — it’s not a hatchback.

That said, with a zero-to-60 MPH time of 7.7 seconds, the 2021 Honda Insight is a sedan that packs plenty of acceleration punch, a quality that’s rare in most affordable hybrid cars. It’s a great choice for commuting professionals and families given its comfortable five-passenger seating arrangement.

Best of Both Worlds

What’s the best way to determine which affordable hybrid car is right for you? Taking as many test drives as you can!

It’s also wise to consult with an electrician to see if your home power grid is properly-suited to the needs of an electric car charger.

With a little research, you’ll soon be behind the wheel of an affordable, fuel-efficient vehicle that will help you reduce fuel costs and positively impact the environment.