Shopping for a new car can be quite exhilarating. After all, what’s more fun than choosing an efficient, stylish new way to travel? But, if you’re trying to make a budget-conscious decision, it’s a good idea to envision what the potential new cars on your list will be like when they’re, well, not new anymore. Looking to increase your fuel economy, decrease emissions and costly repairs by driving a new hybrid? Learn what counts as “reliable” in the electric vehicle world and check out our list of five of the most reliable hybrids on the road.

Just What is “Reliability”?

In the automotive industry, “reliability” is a rather fluid metric. Consumer intelligence companies like J.D. Power and Consumer Reports do their best to understand how certain models will hold up over the test of time. In general, reliability refers to:

Plug-in hybrid cars are somewhat new in the annals of reliability, but critics, drivers, and consumer agencies alike have ascertained a general understanding about how certain vehicles hold up against others.

Certain brands, like each of the five brands on this list, have accumulated a reputation for building reliable vehicles across several years or decades. Brands like Tesla, Honda, and Toyota are consistently at the top of annual reliability rankings.

Looking to boost your fuel economy and cut down on emissions without having to purchase a pricier all-electric car? A plug-in hybrid is a terrific option. Among the three different types of electric vehicles, hybrids (vehicles with both an electric motor and a gas-powered one) are among the most affordable.

Since the most reliable hybrid cars run on both electric battery packs and combustion engines, they offer far more fuel efficiency and superior gas mileage than cars powered by a single gas engine. The inclusion of electric power allows these hybrids to burn much less gas.

Another perk for those in the market for a hybrid vehicle is that a wide variety of automakers have released versions of their most popular cars in a hybrid model.

The 5 Most Reliable Hybrid Cars

Here are five of the most reliable hybrid cars available today based on varied reliability metrics and critical reviews. 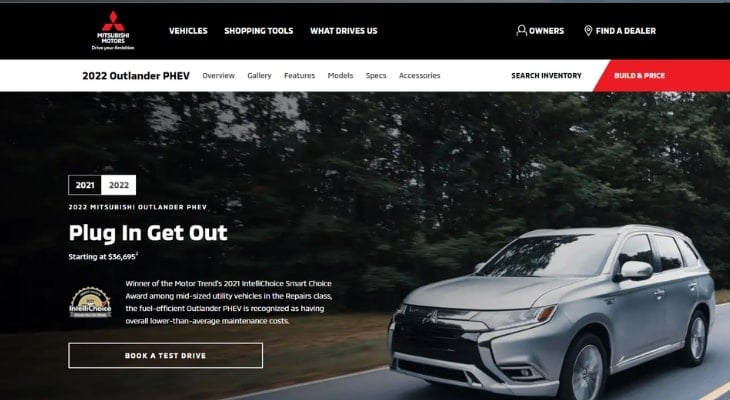 Backed by an impressive 10-year powertrain warranty, the Mitsubishi Outlander PHEV is praised by critics as a reliable and comfortable option for those seeking a multi-passenger hybrid SUV.

In addition to its robust powertrain warranty, the Outlander PHEV also comes with a seven-year/100,000-mile anti-corrosion warranty, which is bound to please drivers in regions where the use of road salts is prominent.

Critics have lauded the car’s stance and exterior styling in the wake of a redesign which has brought the vehicle in line with other vehicles in its class. The modern and elegant features of the car’s interior have drawn wide praise. Honda‘s marks for reliability have been solid for decades, so it’s no surprise to see the hybrid version of their popular Honda CR-V crossover on this list. One of the reasons it’s one of the most reliable hybrid cars on the market today is this: The warranty on the vehicle’s hybrid components is at minimum eight years/100,000 miles and in some states goes as high as 10 years/150,000 miles.

One of the main reasons this vehicle makes our list for most reliable hybrid cars is the consistent dependability of most Honda models. In addition, its standard all-wheel drive powertrain, coupled with its respectable 7.5-second 0-to-60 time makes the vehicle as peppy on the highway as it is fuel efficient. 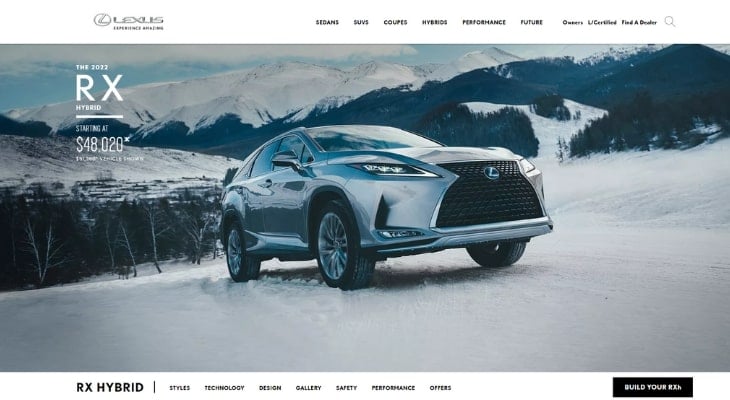 Lexus has had a history of high reliability scores from outlets such as Consumer Reports, so the fact that the Lexus RX Hybrid has made our list of most reliable hybrid vehicles is hardly a shocker.

Those looking for a hybrid vehicle larger than a crossover, but with more utility than a midsize sedan, will love the sporty performance and ample passenger room in the Lexus RX Hybrid.

The vehicle offers an array of high-tech features far beyond Apple CarPlay and Alexa compatibility, particularly in terms of its audio system.

It should also be noted that this vehicle is not a plug-in hybrid, as it recharges its electric motor with regenerative braking. This makes it a great purchase option for drivers unable or unwilling to install charging equipment at their home.

That said, the base model is only offered with a rear-wheel drive powertrain, which could dissuade drivers who have to frequently navigate bad weather. Automaker Kia was a 2021 recipient of J.D. Power’s Dependability award, given to the brand that has the fewest problems reported in a survey of 100 car owners over the last year whose vehicles were three years old. That goes a long way in making the Kia Niro Hybrid one of the most reliable hybrid cars you can buy.

The vehicle’s hybrid powertrain consists of a 1.6-liter gas-powered engine and an electric motor that offers 169 horsepower. While this output is low amongst hybrid systems, the vehicle has been continually praised for its interior comfort, cargo space, and array of safety features. 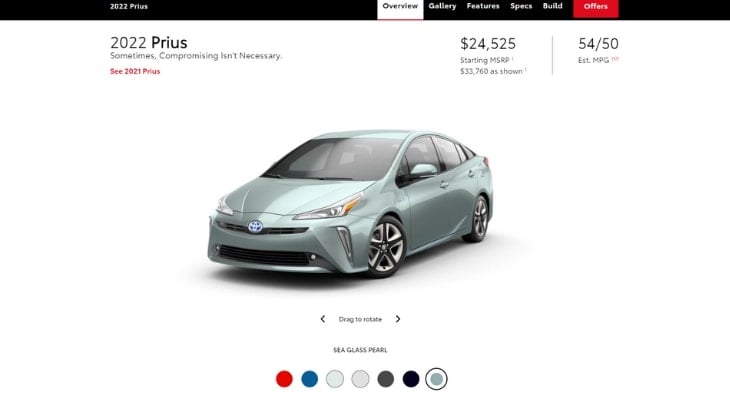 The hybrid vehicle that started it all has proven its reliability across two decades, so of course it’s the model that tops our list of most reliable hybrid cars.

Incredible affordability, terrific gas mileage, and no-frills performance are the reasons why Prius drivers keep returning to the model year after year.

Those still questioning Prius’ capability to stand up over time should explore the widely shared story of Manfred Dvorak, whose Prius Hybrid was still running strong after 600,000 miles of driving as a taxi in Austria. Now that’s reliability!

Plug In and Save

Many of the most reliable hybrid cars can be purchased with tremendous savings on the used car market. The large amount of pre-owned hybrids in the used market has a lot to do with the fact that many consumers are eager to upgrade to their favorite cars’ latest features, and trade in their current model via lease or trade-in agreement.

The quality of used PHEVs on the market today can be a big advantage to shoppers on a budget, or those simply looking for a great deal on the most trustworthy, longest-lasting hybrid electric vehicles.