Which Are the Safest Electric Cars to Drive in 2022? 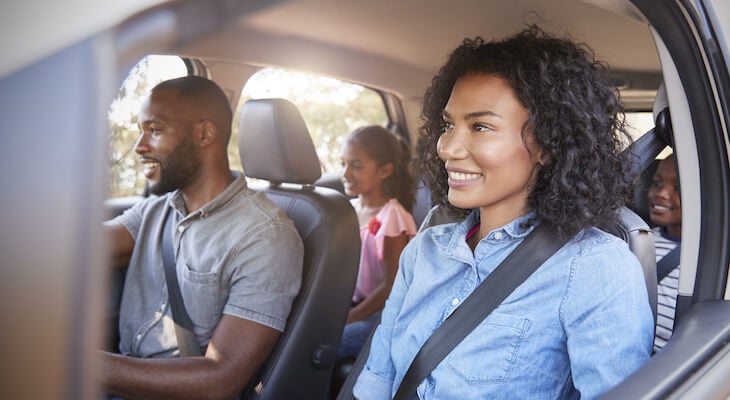 Safety and dependability are two of the most important things to consider when shopping around for a new car. While electric cars are known for being some of the most dependable cars on the market, it’s natural to wonder how safe they are compared to conventional cars.

The good news is that most electric vehicles get high safety ratings in crash tests, although they do vary a bit when it comes to specific safety features and driver-assist tools.

In this article, we’ll show you what to look out for in a car safety rating, how to find the safest electric cars of 2022, and how to choose the right EV for you.

Before you decide on the safest electric car for you, it’s important to know how new vehicles are tested and which rating agencies you can rely on. While many automakers tout their safety features in advertisements, you should always turn to a third-party agency to ensure that these claims are accurate.

In the U.S., many electric cars are tested by the National Highway Traffic Safety Administration (NHTSA) or by the Insurance Institute for Highway Safety (IIHS). In Europe, they’ll most likely be tested by the European New Car Assessment Programme (NCAP).

These agencies put vehicles through a wide range of tests, including crashworthiness tests — to see how well the car protects the driver and passengers — as well as crash avoidance tests, which may test features such as the driver-assist system.

The NHTSA uses a five-star system to score the vehicle in categories such as frontal crash, side crash, and rollover protection.

You can search NHTSA safety ratings here, but not every make and model has been tested, so you may find scores for some model years and not for others.

The IIHS performs similar tests but uses a different rating system, grading each car as Superior, Average, or Basic in some categories.

How Safe Are Electric Cars?

Many electric cars are based on the design of conventional makes and models, so they bring along some of the same safety features. But they do have a few key differences to keep in mind when comparing the safety of electric vs. gas cars.

The first is that electric cars are often heavier than similar gas-powered cars because of the weight of their battery pack. Electric car batteries are usually located in the underbody of the vehicle, giving EVs a lower center of gravity than conventional cars.

As the IIHS puts it, “A bigger, heavier vehicle provides better crash protection than a smaller, lighter one, assuming no other differences.”

Also, many EVs have some of the most advanced infotainment systems and driver assist technologies available, such as lane-keeper assistance and pedestrian detection.

The IIHS actually found that electric cars are linked to lower injury claim frequencies — as much as 40% for some insurers.

Some drivers worry about the chances of an EV battery catching fire, but today’s cars are built with thermal management systems to avoid overheating and to isolate key electrical components in the case of a crash.

Plus, the electric motor and powertrain is less likely to break down than an internal combustion engine.

The charging ports are also built to be weather- and water-resistant, so you can even charge your EV in the rain without putting yourself in danger!

How Dependable Are Electric Cars? 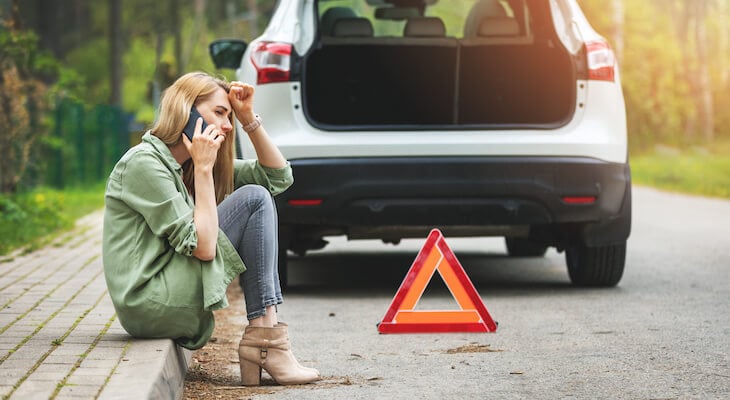 Dependability is a bit harder to measure, but the U.S. Vehicle Dependability Study by J.D. Power reviewed both luxury brands and mass market vehicles, including compact cars and pickup trucks, to find the most reliable models.

If past record is anything to go by, then upcoming Toyota models are likely to rank highly for dependability. Many of Toyota’s most reliable cars are available as hybrids or will be soon, including the following:

If you’re looking for a luxury car or a sports car that comes in an all-electric version, then the Porsche Taycan and the Mustang Mach-E may be a good bet.

The Mach-E is a premium SUV and an IIHS Top Safety Pick, offering 480 horsepower if you choose the Performance Edition.

In addition to dependability, electric cars are known for their fuel economy and for being cheaper to maintain than conventional vehicles.

With that in mind, what are the safest electric cars to drive in 2022? While the right EV for you will depend on your lifestyle, these five cars all have a five-star safety rating from the NHTSA and are noteworthy for their driver-assist and crash avoidance features.

Tesla has been in the news lately for several accidents related to its Autopilot system, but all Tesla models, including the Model 3 Long Range and the Model X, rank highly when piloted by a human driver.

The Tesla Model 3 is one of the safest midsize cars of 2023, receiving a five-star rating by the NHTSA in all of the categories tested, including side and frontal crashes and rollovers. It also has a Top Safety Pick+ award from the IIHS.

The 2022 Chevrolet Bolt hatchback scored highly in NHTSA crash testing, with a five-star rating for side crash and rollover protection and four stars for the front passenger side.

The IIHS gives the 2022 Bolt a “Good” rating in most categories, but the child seat anchors only received an “Marginal” rating due to anchors being “too deep in the seat” and needing “too much force” to attach.

The Nissan LEAF received a five-star rating from the NHTSA overall, but only four stars for rollover protection. The IIHS gave it a “Good” rating in most categories, except for the child seat anchors, which received a “Marginal” score.

One point in favor of the LEAF is that it comes standard with the two safety features that are optional on the Bolt — forward collision warning and lane departure warning.

It’s also worth noting that the LEAF has been tested for battery safety, with a German agency performing collision testing to ensure that it won’t catch fire in a crash.

The 2022 Toyota Prius Prime comes with several standard safety features, including forward collision warning and crash imminent braking. The NHTSA gives it a five-star rating overall, with four stars in some categories, such as rollover protection.

The IIHS gives it a “Superior” rating for front crash protection in both vehicle-to-vehicle and vehicle-to-pedestrian categories.

It also received a “Good” rating for child seat anchors, and an “Acceptable” rating for headlight performance.

The 2022 Mitsubishi Outlander Plug-in Hybrid (PHEV) is one of the safest large cars to drive if you’re looking for an electric SUV. Like the other cars on our list, it received an overall five-star safety rating from the NHTSA. Standard safety features include crash imminent braking and lane departure warning.

The Outlander performed better in side crash testing than in frontal collisions, receiving five stars for side crashes and four stars for frontal crashes.

As for the IIHS, they give it a “Superior with Optional Equipment” rating for front crash prevention, but only a “Basic” rating for vehicle-to-pedestrian collisions.

How to Find the Most Dependable Cars 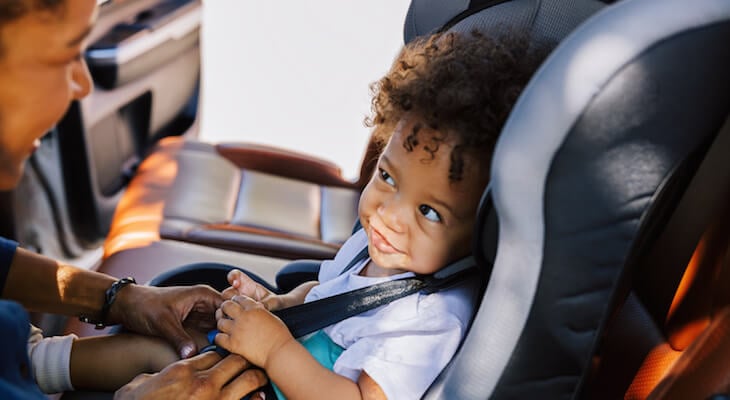 Safety ratings are a great place to start, but they may not tell you everything you need to know about a vehicle’s safety. After all, a family with kids sitting in the rear seats may have different safety considerations than a group of friends who like to go on off-road adventures together.

You may want to consider things like maintenance and insurance costs, as well as how long it takes to charge the battery, so you don’t get stranded in a remote area.

You can use this handy tool to compare electric cars in your area, or check out this list of minivans, SUVs, and crossovers for more safe electric car ideas.

If you’re buying a used car, be sure to look up safety ratings for that model year and find out which optional safety features are included.

EVs are some of the most dependable cars on the market, but you’ll want to do some research to make sure you drive home with the latest safety features and driver-assist technologies to keep you and your family safe on the road.