Tesla’s Supercharger Map: A Guide for All EV Owners 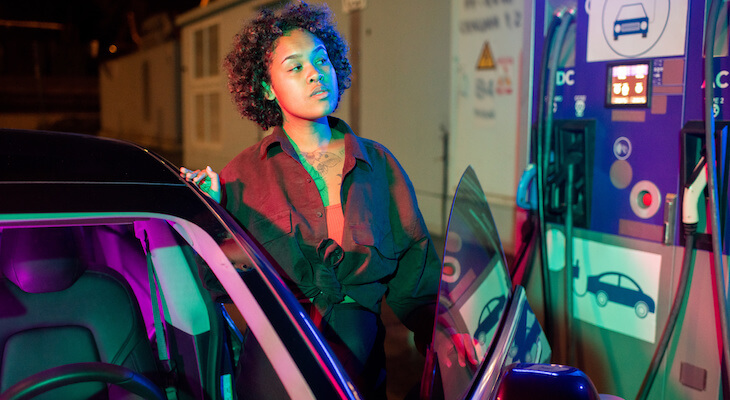 When Tesla opened its first charging station in Hawthorne, California in 2012, it marked the first point on the Tesla Supercharger map. Elon Musk‘s famed EV brand has since broadly expanded its global charging network. Since its inception, Tesla Motors has restricted use of its charging network to only Tesla cars and Tesla drivers, but that stance is evolving.

As of December 2021, Tesla has over 30,000 Superchargers at locations worldwide, including more than 2,500 in North America. The Tesla Supercharger Network is the largest EV charging network in the world.  In this article, we tell you what there is to know about Tesla’s Supercharger map, and whether or not you can use them if you drive an EV from another brand.

What is the Supercharger Network?

The Tesla Supercharger map, visible both online and in the center console of every Tesla vehicle, illustrates where each Tesla supercharger station is located. A Tesla Supercharger location consists of anywhere between one to more than two dozen Tesla EV chargers. Tesla’s charging technology is such that the charging time of vehicles is not affected if there are other cars charging at the same time.

A Supercharger site has 10 chargers, on average, and the vast majority of them are powered by solar panels. Superchargers are Level 3 EV chargers, and are outfitted with a connector to supply electrical power at 72 kW, 150 kW, or 250 kW. As such, each is a designated Level 3 fast charging location.

The Tesla Supercharger Map: Where Are Stations Located? 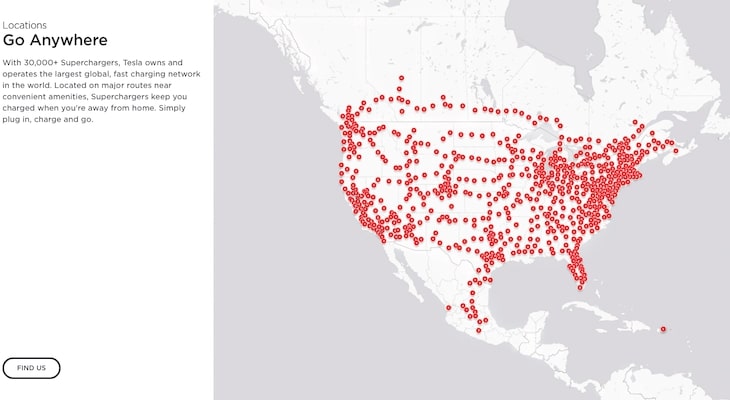 Tesla’s Supercharger map extends across the world. Each Supercharger station is  strategically placed next to major highways and near convenient amenities. The Tesla Supercharger map also illustrates a variety of “destination chargers” that are provided by an exclusive network of businesses.

Tesla drivers can view the location of the Supercharger station that’s closest to them right on their car’s navigation screen. Tesla does not make public how many Supercharger locations there are in each particular state. However, in terms of the overall number of charging outlets, both Tesla and non-Tesla, California ranks first with nearly 20,000 charging outlets statewide as of 2019. Alaska ranks last with just 26 charging stations statewide. According to the Supercharger map, just one of Alaska’s 26 charging stations belongs to Tesla.

Destination chargers are located near significant hotels, sports stadiums, and other major locations. In addition, Tesla’s Supercharger Host Program gives commercial businesses the opportunity to lease sections of their parking lots to Tesla for the construction of a charging site.

When to Use Superchargers 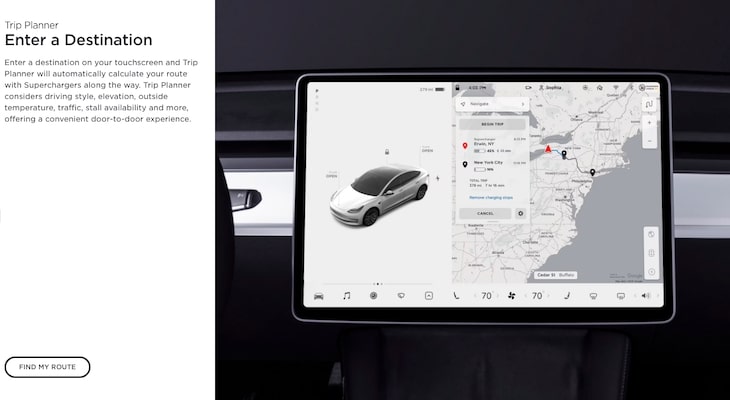 Level 3 EV chargers like those that exist at Supercharger stations are not intended for everyday use. Although all EV batteries lose the capacity to hold power over time, it’s widely accepted that long-term use of Level 3 chargers can slightly shorten the lifespan of electric car batteries.

The Tesla website states: “Superchargers are ideal for long distance travel and are designed to charge your Tesla quickly so you can get back on the road. For daily commutes or local driving needs, there are a variety of home charging options.”

The Tesla Model 3 manual also states that the peak charging rate of the car’s battery “may decrease slightly after a large number of DC Fast Charging sessions.”

That’s why Tesla encourages their drivers to utilize their home charger systems for the majority of their charging needs, and to use their fast charger network for long-distance road trips.

How Much Does the Supercharger Network Cost?

But don’t dally! Tesla enforces “idle fees” for additional time cars remain connected to Superchargers once they are fully charged. The idle fee is 50 cents per minute, and doubled in the event a Supercharger station is at maximum capacity (when all charging stations are being used).

Who Can Use the Supercharger Network? 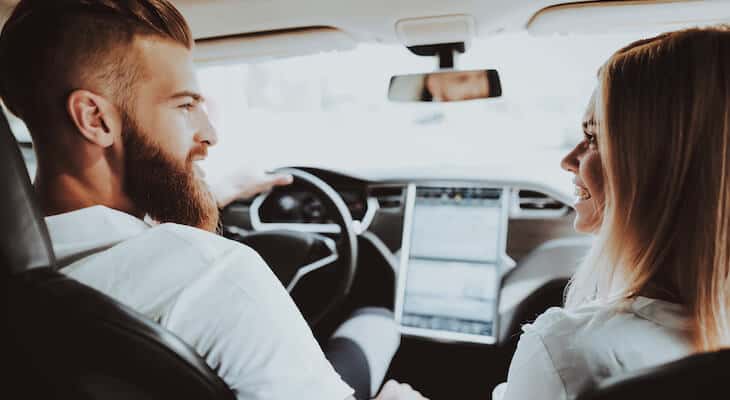 From their debut in 2012 to 2021, Tesla charging locations were for the exclusive use of Tesla owners worldwide. Tesla drivers have never been restricted solely to Supercharger stations.

The purchase of every Tesla vehicle, from the Tesla Model Y to the forthcoming Tesla Cybertruck, includes a J1772 adapter. These adapters are compatible with most Level 2 public charging stations and support charging speeds up to 19.2 kW. Tesla also sells the adapter separately for $50.

In 2021, Tesla opened up 10 Supercharger locations in the Netherlands to use for drivers of other electric vehicle brands.

With this pilot, these 10 selected Supercharger stations can be accessed by non-Tesla EV drivers via the Tesla app (version 4.2.3 or higher). Tesla claims that making its charging stations open to other automakers will enable it to expand faster, but it’s no secret that the prospect will also open up a significant new revenue stream for the company.

The entire EV industry has begun to accept the belief that in order for EV technology to truly replace gas-powered cars, the notion of “charger inoperability” must be broken down. Ideally, every EV could connect with every charger, with zero hassle, just as fossil-fuel powered vehicles can refuel any gas pump.

Tesla has also been coy about revealing just how much use of their chargers will cost non-Tesla drivers, stating in a November 1, 2021 press release that:

“Pricing for Non-Tesla drivers reflects additional costs incurred to support charging a broad range of vehicles and adjustments to our sites to accommodate these vehicles. Rates vary by site, and you can view charging prices in the Tesla app. The per kWh price to charge can be lowered with a charging membership.”

So while it’s clear non-Tesla drivers will have to pay more to utilize the automaker’s charge points, just how much more has yet to be determined. The allusion to a “charging membership” suggests that they’re considering a membership program for non-Tesla drivers.

Looking Ahead: The Future of the Supercharger Map

The Tesla Supercharger map shows no signs of getting smaller. In October 2021, Tesla announced its ambition to triple the size of its charging network by 2024. This news, as well as the news that the company was planning to open up the use of Tesla chargers to non-Tesla drivers, does not appear to be coincidental.

Both announcements come on the heels of a new $7.5 billion federal program to fund EV infrastructure. One of the requirements to get access to these funds is that the charging stations are open to vehicles from more than one automaker. One of the targets of the bill is to have 500,000 public charging stations in the United States by 2030 — an 80% increase in existing infrastrastructure.

Thinking of buying a used electric car to take advantage of the growing Supercharger map? Find an affordable EV near you and get on the road: