How to Find Tesla Charging Stations in Florida 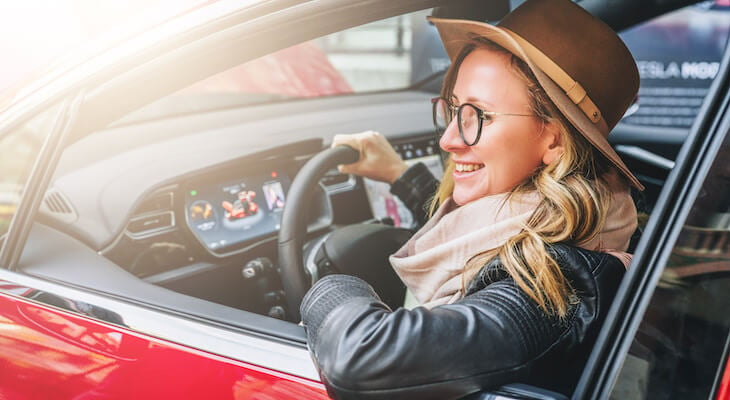 Whether you live in Orlando, Tampa, or Miami, or you’re planning a Florida road trip from somewhere else in the U.S., you may be wondering how to find Tesla charging stations in Florida. Electric vehicle charging stations are more widespread than ever, but it can still be stressful to go to an unfamiliar place and not know where you’ll charge up.

Fortunately, Tesla owners have plenty of options to choose from: You’ll have access to dozens of Tesla Supercharger stations, as well as other EV charging networks. If you’re a Florida resident, there are also federal and local incentives for installing a charging station at home.

Here’s how to find every Tesla charging station in Florida and what you need to know about charging your electric car in the Sunshine State.

Are There Many Tesla Charging Stations in Florida?

Florida is one of the leaders in EV charging infrastructure. According to the Alternative Fuels Data Center, Florida has a total of 2,476 public charging stations — more than any other state except for California and New York, and ranking just ahead of Texas.

Those stations provide a total of 6,117 charging ports, including:

Of course, not all of those charging locations are specifically for Teslas, but you can plug in your Tesla to other types of charging ports using an adapter.

Most of Florida’s EV charging stations are located in densely-populated areas along the coast, such as in Miami and Jacksonville, but more charging locations are coming soon. The Florida Electric Vehicle Roadmap outlines a plan to bring more stations to rural areas, especially along emergency evacuation routes.

Until recently, Tesla offered free Supercharging to some Tesla owners, giving drivers a strong incentive to use Tesla EV chargers. Unless you’re one of the lucky few who still have this perk, you have four main options for charging your Tesla in Florida:

You can find Supercharger stations and Destination Chargers using the built-in Trip Planner on your Tesla, or downloading a third-party EV charging app to find other charging networks. 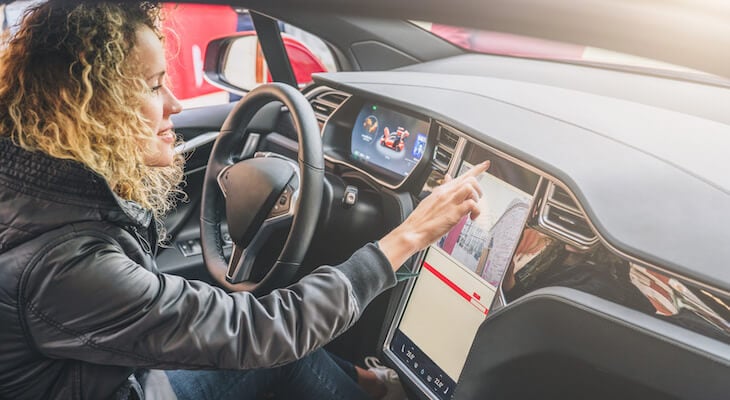 If you’re planning a road trip to Florida, then your best bet is to charge your Tesla EV at Supercharger stations along your route. The Florida Electric Vehicle Roadmap points out that “Tesla’s proprietary fast charging stations have an average of 10 outlets per station, and drivers rarely complain about long wait times.”

You’ll find Tesla Superchargers along major driving routes like I-95, including in popular tourist destinations like St. Lucie and West Palm Beach.

The Tesla Model S has a range of more than 400 miles (depending on the trim), so you don’t have to worry about getting stranded along the way. After all, a trip from Orlando to Ft. Lauderdale is only 195 miles.

When your battery runs low, you can plug in at a Supercharger station and add another 200 miles of range in less than 15 minutes. Using fast chargers all the time isn’t great for your battery, though, so if you have the time, you should charge at slower speeds to conserve your Tesla’s battery life and save money.

You can expect to pay around 25 cents per kilowatt hour (kWh) of charging at a Supercharger, but prices vary by location. At Tesla charging stations in Texas, which doesn’t allow kWh pricing, you’ll pay by the minute instead.

There’s also a $1 idle fee for every minute that you leave your Tesla plugged in with a fully-charged battery, but the idle fee will be reversed if you move your car within five minutes after it begins.

Your next option is to charge your EV at a Destination Charger. These chargers are built by Tesla and are compatible with your Tesla connector, but they’re operated by third parties, such as hotels and restaurants. You’ll find over 4,500 Destination Chargers around the U.S., including at least 300 locations in Florida.

Many businesses provide charging stations for free as a way to attract EV drivers, but they may charge at slower speeds than the Supercharger network. That means you’ll need a longer charging session to bring your EV to a full charge.

You can plan ahead by looking for hotels with EV chargers as you plan your trip. Key West has over a dozen Destination chargers at hotels and other businesses, but the nearest Supercharger station is in Marathon, over an hour away.

If there isn’t a Supercharger in your area, or you simply want to shop around for better prices, you’ll need to look for a third-party charging station. EVgo is one of the most convenient options for Tesla owners because you don’t need an adapter at some locations — you can plug right in.

EVgo has several locations in Florida, including the Town Center at Boca Raton and the Orlando International Premium Outlets. You can use the EVgo app to look for locations, and see which ones are Tesla-compatible and which ones require an adapter. You can also check real-time availability and reserve a charging station in advance.

EVgo stations won’t be as fast as the Supercharger network: They can add up to 100 miles in 30 minutes, or charge at 50 kW using the CHAdeMO adapter.

As for payment, you can choose from Pay As You Go pricing or sign up for a monthly membership to remove the $1.99 session fee and $3.00 reservation fee. You’ll need to use a membership card or the EVgo app to pay for your session, since not all locations accept credit cards.

Finally, you can charge at any Level 2 charging station if you have the right adapter for it. ChargePoint and Blink both support Tesla charging, but unlike EVgo, they don’t have their own Tesla connectors so you’ll have to bring an adapter of your own.

Tesla sells a J1772 adapter in its online store, which is suitable for Level 2 charging, while CHAdeMO adapters are available for fast charging. CCS adapters aren’t yet available for drivers in the U.S., but are reportedly on their way.

Using a third-party charger may not be necessary, since there are so many Tesla charging stations in Florida, but it’s always good to have options.

Some energy providers, such as the Jacksonville Electric Authority, offer rebates for installing a home charger.

You can choose from the Tesla Wall Connector, or buy a third-party charger like the ChargePoint Home Flex or Blink HQ residential charger.

Get Your EV Ready for the Road Electric cars are more reliable than gas cars and cost less to maintain. Still, before you head out on a long trip, it’s worth checking your brakes, tires, and battery health. If you drive a Tesla, make sure that your software is up-to-date so you’ll be able to use all of the latest Autopilot features and driver assist technologies.

Learn more about buying and maintaining an electric car here, or use our comparison tool to find great deals on used EVs near you.