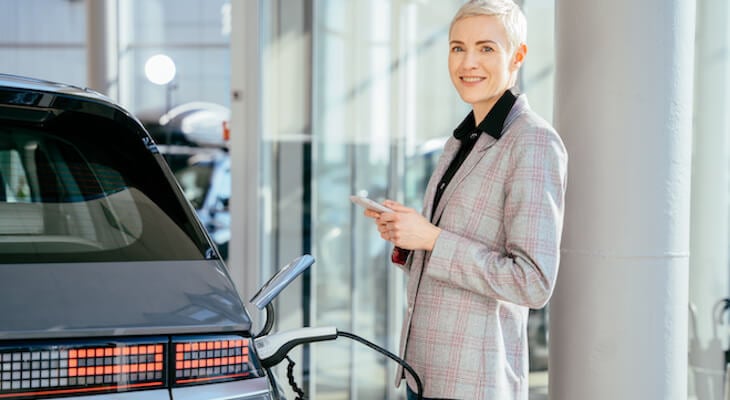 With its high-tech self-driving features and the Supercharger network — not to mention controversial CEO Elon Musk — it’s no wonder that Tesla gets a lot of attention when it comes to electric vehicle manufacturers.

But Tesla is by no means the only player in the game, and as more automakers around the world add electric cars to their lineup, there’s more competition than ever. Tesla still has an edge when it comes to longest range, but other EV makers are catching up and giving Tesla a run for its money in other areas.

Here’s what you need to know about the state of play in the EV world, and which Tesla competitors electric car buyers should consider.

Which Carmakers Are the Top Tesla Competitors?

The Bureau of Transportation Statistics reports that Americans are buying more than 750,000 electric cars and hybrids every year, with the Tesla Model 3 accounting for a surprisingly high share of electric vehicle sales: more than 150,000 units in 2019.

When it comes to the stock market, Tesla (TSLA) has a Nasdaq share price of $1,049 and a valuation of more than $1 trillion. It’s clear that Tesla Inc. is no longer an up-and-coming startup on the EV market.

But because of Tesla’s popularity, there are a few downsides to consider: There’s a long waiting period for new Teslas and you won’t be eligible for the federal income tax credit for electric cars because the company has maxed out its quota.

That means it’s well worth considering one of these top Tesla competitors, which rival Tesla in terms of electric vehicle market share and range of offerings. 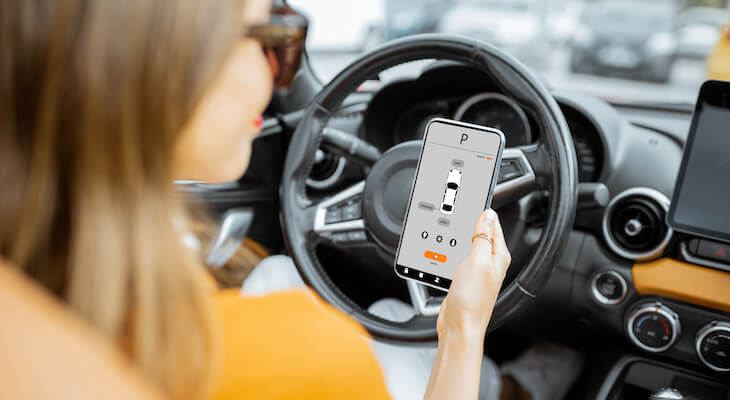 Despite its EV market share, Tesla’s lineup is fairly limited. You won’t find any hybrids or plug-in hybrids, not to mention electric minivans or full-size SUVs. If you’re thinking of buying a new EV, then these Tesla competitors are well worth considering.

Here’s how the top Tesla competitors set themselves apart. 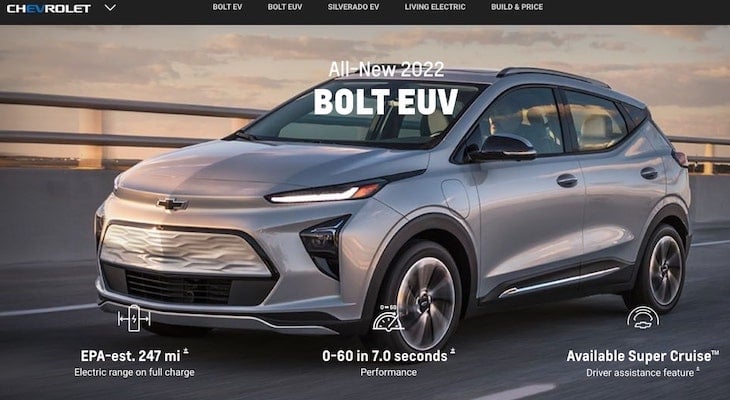 As one of America’s oldest automakers, it may be surprising to think of GM as a Tesla competitor. But General Motors has taken strides to position itself as a leader in the EV market, with plans to introduce 30 new EVs by 2025. GM also has a partnership with EVgo to build more than 2,700 charging stations in the same timeframe.

Currently, its top-selling EV is the Chevy Bolt, which fills a niche that Tesla hasn’t yet targeted: an affordable, family-friendly hatchback with more than 250 miles of range. And with the all-electric Hummer set to debut this year, it’s likely to beat the Tesla Cybertruck to market.

Other EVs under the GM banner include the Cadillac LYRIQ SUV and the GMC Sierra pick-up truck. GM is also expanding into the Chinese EV market with the Buick Velite 7, which will only be available in China. 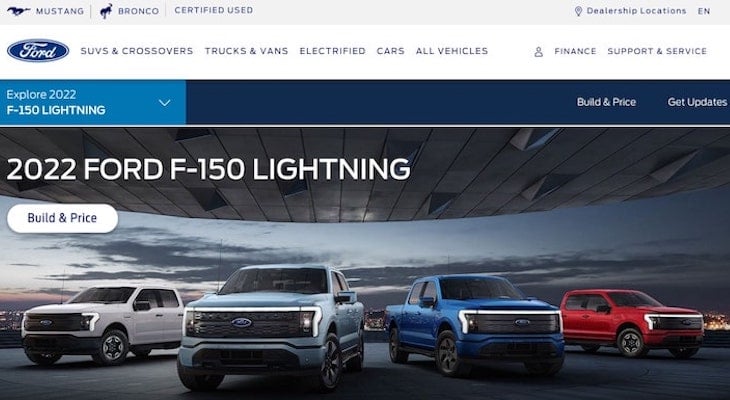 The Ford Motor Co. is another old-school automaker with major ambitions in the EV market. Several of its offerings are direct Tesla competitors, such as the Ford F-150 Lighting, an all-electric pickup truck that’s a close rival to the unreleased Tesla Cybertruck. Ford claims to have received over 150,000 pre-orders for this EV alone.

Another competition worth keeping an eye on is the Tesla Model Y vs. the Mustang Mach-E. Not only is this Ford’s first electric sports car, but it comes with BlueCruise, Ford’s own driver assist technology.

It offers cruise control, autonomous parallel parking, and hands-free driving on some highways — meaning Tesla is no longer your only option if you’re looking for Level 2 autonomous driving capabilities. American automakers aren’t the only players in the EV game. Volkswagen has been developing electric vehicles for nearly a decade, with the ID.3 and ID.4 hatchbacks available in some markets in Europe and the U.S.

Volkswagen is expanding its presence in the U.S. with a major production facility in Chattanooga, Tennessee, and is also investing heavily in charging stations via the Electrify America network.

Other EVs in the works include the ID.Buzz, an updated version of the classic VW minibus and a vehicle type that Tesla doesn’t yet offer. 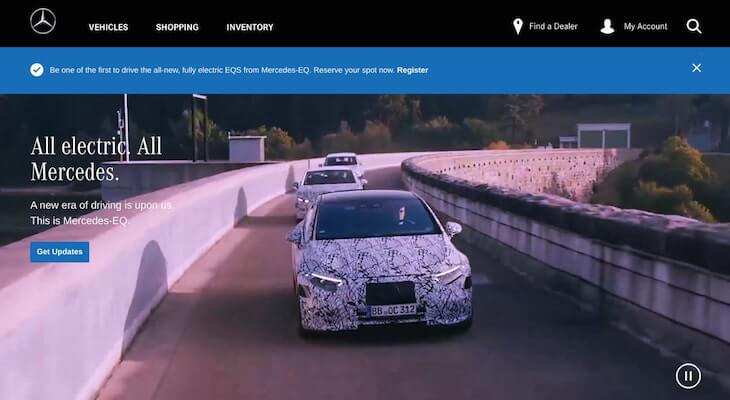 Mercedes-Benz has hit the ground running with three impressive EVs: the EQS, EQB, and EQE. The EQS is the most direct Tesla competitor, a luxury sedan that’s similar in design to the Tesla Model S, with an EPA-estimate range of up to 350 miles.

It comes with the Mercedes-Benz User Experience (MBUX) Hyperscreen, a 56-inch curved glass screen that stretches across the entire dashboard and supports haptic feedback, biometric authentication, and voice control in up to 27 languages.

The EQE focuses on luxury stylings, with ambient lighting, a “3D” sound system, and wood decor, while the EQB is a 7-seater SUV that’s great for large families.

As for charging stations, Mercedes has partnered with ChargePoint, so you can easily find locations near you using the Mercedes me Charge app. 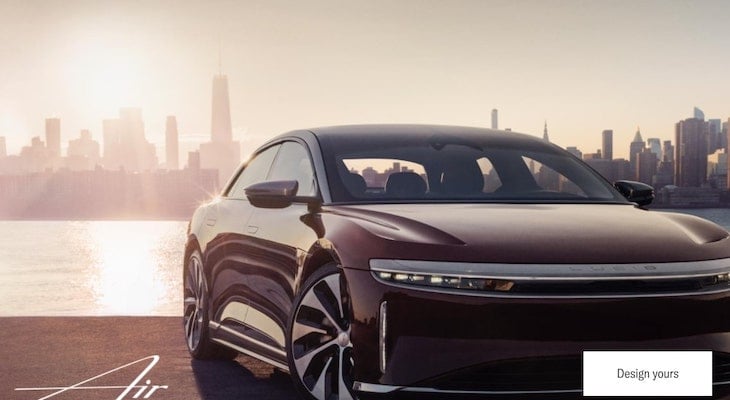 Some of Tesla’s competitors are well-known brand names, while others are ambitious startups. Lucid Motors is one of those startups, with a market valuation of around $90 billion, putting it in the same league as Ford and General Motors. It’s also worth noting that Lucid’s CEO, Peter Rawlinson, was the former VP of Engineering at Tesla, which makes them one of the most interesting Tesla competitors on this list.

The 2022 Lucid Air is the only EV currently on the market to beat Tesla on range, with an EPA-estimated range of up to 520 miles if you buy the Dream Edition. This trim will set you back $169,000 — making it more expensive than most Tesla models, but less than the upcoming Tesla Roadster. 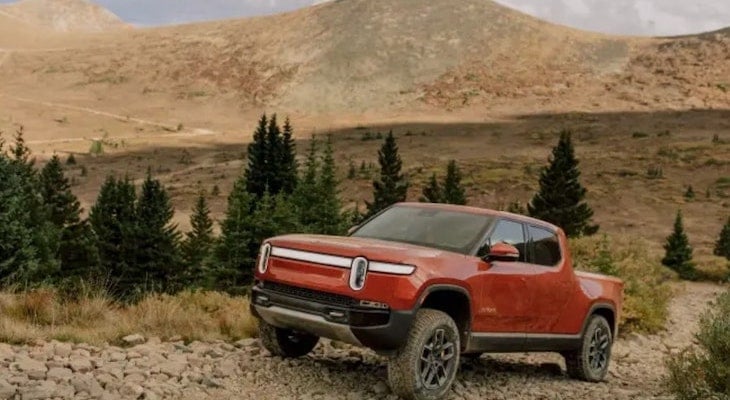 Another startup worth keeping an eye on is Rivian, which focuses on building “electric adventure vehicles” like the Rivian R1T and R1S. Rivian’s electric pickup trucks have more range and towing capacity than the upcoming Tesla Cybertruck, although they have a more traditional pickup truck design.

Rivian is also competing with Tesla when it comes to charging stations. While Tesla’s Supercharger network can get you cross-country on major highways, Rivian wants to expand access to EV charging on off-road trails and along wilderness routes.

Rivian already has a partnership with the Tennessee Department of Environment and Conservation (TDEC) to bring EV charging infrastructure to 56 state parks, making it Tesla’s top competitor when it comes to off-road driving. Finally, there’s Porsche, which has made its entry into the EV market with the Porsche Taycan, a luxury electric car with a range of 225 miles.

Although its starting price of $82,700 puts it at the higher end of the market, Porsche promises to provide “electromobility” without sacrificing the high-performance driving experience you’d expect from the brand.

In addition to the all-electric Taycan, you can also choose plug-in hybrids such as the Panamera and the Porsche Cayenne.

Find the Right Electric Car for You 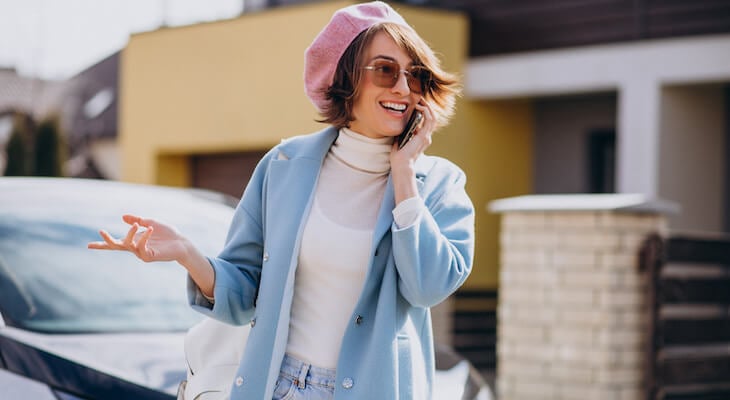 There’s nothing wrong with choosing a Tesla — if that’s the right electric car for you. But with so many other options out there, it’s worth shopping around before deciding which new EV to bring home. In addition to these Tesla competitors, other rivals include Kia, Audi, BMW, and Toyota.

We’re not here to give you advice on which EV startups to invest in — but we can help you decide which EV is right for your budget and lifestyle.

Check out our electric car guides to learn more about the best EVs of 2022, or use this tool to find used electric cars for sale near you.