Home Electric Cars Guides How Do Tesla Insurance Costs Compare to Other EVs?

How Do Tesla Insurance Costs Compare to Other EVs? 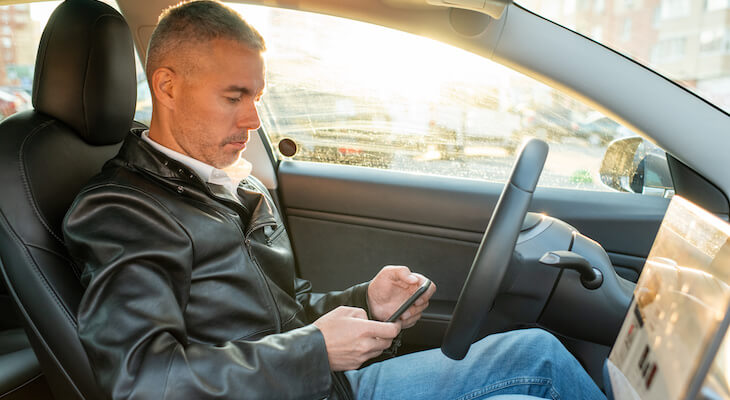 There’s a lot that goes into choosing a new Tesla, from deciding whether to lease or buy a Tesla to finding the best Tesla financing rate.

Then there’s the cost of insuring your Tesla. Electric car insurance costs tend to be higher than the cost of conventional car insurance, and new Teslas are some of the priciest cars to insure.

That doesn’t mean they aren’t worth buying, but you should take a close look at Tesla insurance costs in your state before making a decision.

If the costs are too high, then there are other options to consider, such as choosing a less expensive model or buying a used Tesla.

How Much Does Tesla Insurance Cost?

Elon Musk may be a billionaire, but most Tesla owners aren’t, and insurance costs can really add to the expense of owning an electric vehicle. That said, higher insurance costs could be offset by other savings, such as lower fuel and maintenance costs.

The Insurance Information Institute reports that the average car insurance policy costs $1,056.55 per year, while the Harvard Business Review found that the average Tesla costs around $2,000 per year to insure — a difference of about $1,000.

Meanwhile, the EPA estimates that switching to an electric vehicle could save drivers up to $1,000 per year on fuel, which could make up for higher insurance premiums.

So before driving home with a new Tesla, it’s a good idea to do the math and determine how much you can expect to pay each month on an auto insurance policy. 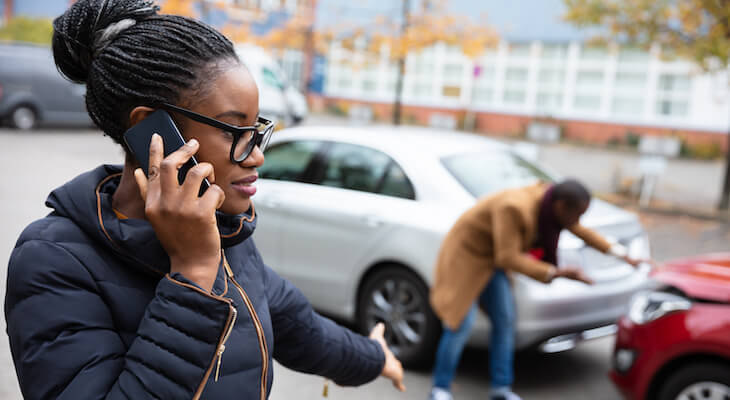 Car insurance rates can be hard to predict ahead of time, because they take personal factors into account, such as your age and your driving history. Other factors, such as your location and the type of car you drive, are a little easier to account for.

This means that two Tesla drivers could get vastly different car insurance quotes, even if they buy the same vehicle.

Here are four of the main factors that can impact Tesla insurance costs, and what you can do to lower your insurance premium.

Tesla has a reputation for being on the higher end of the EV market, but there’s a wide range between its most expensive car — the Model S Plaid, starting at $122,990 — and its most affordable — the Tesla Model 3 Standard Range Plus, priced at $34,190.

So one simple way to lower your Tesla insurance cost is to buy a less expensive model with lower insurance prices. In most cases, the less a car costs to repair or replace, the lower the cost of car insurance.

Still, it’s not always that simple. Other factors, such as a car’s safety features and safety rating can play a role too. For example, the Tesla Model Y costs less to insure than the Model 3, even though its purchase price is higher.

That’s because it’s a crossover SUV with a larger body, which makes it less likely to be damaged in an accident than smaller Tesla vehicles like the Tesla Model X.

One of the biggest factors that can impact your car insurance premium is your location. According to III, the highest car insurance rates are found in Louisiana, Michigan, and Washington, D.C. — up to $1,545.82 per year on average.

The cheapest car insurance rates are in North Dakota and Maine, where the annual rate can be as low as $686 for a typical vehicle.

But it’s not just the state you live in that matters. Other factors, such as whether you live in a city or a rural area, can impact your car insurance premium too. That’s because car accidents and car thefts tend to be more common in cities.

So if you aren’t prepared to move from California to Texas to lower your insurance rate, you may still be able to get a lower rate by parking your Tesla in a secure location, such as a garage, instead of parking it on the street.

Next, it’s a good idea to shop around, because the average cost of insurance can vary widely from one car insurance company to another.

You can compare quotes from major insurance providers, like Liberty Mutual or Nationwide, or look for a deal from a local car insurance company.

If you already have a policy, you can call them up and ask how much it would cost if you added a Tesla vehicle to your account.

In some states, such as California, you can buy insurance from Tesla directly through their in-house Tesla Insurance program.

Still, it’s important to compare quotes from different insurance providers. While Tesla’s own insurance prices may be lower than the national average, they may or may not be as flexible or as comprehensive, depending on the type of coverage you need.

Finally, the level of insurance coverage you get will determine how much you pay for it, so double-check what’s included in your policy and required in your state.

Insurance companies usually offer the following types of coverage, but the amount of coverage that’s required varies from state to state:

Other types of coverage include uninsured motorist coverage, which protects you if you get into an accident with a driver who isn’t insured.

You can lower your car insurance premiums by eliminating types of coverage that you don’t need, or by choosing a plan with a lower deductible.

Are Tesla Insurance Costs Worth It? 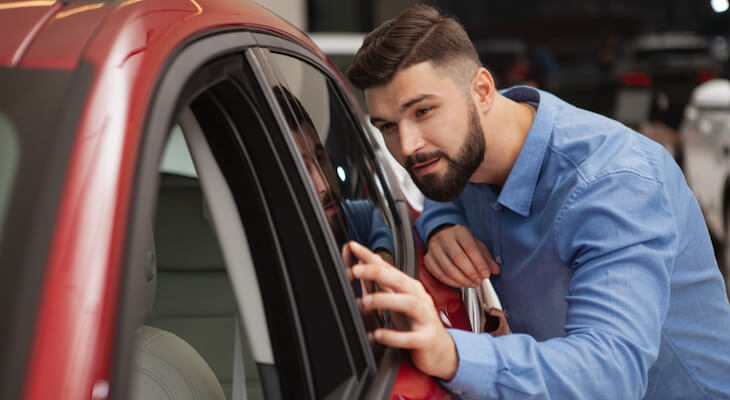 Depending on which state you live in and which Tesla model you drive, you can expect your Tesla car insurance to cost anywhere from $2,000 to $3,000 or more.

If you’re buying a new Tesla outright, you can opt for the minimum amount of insurance coverage to lower your monthly costs. But if you’re financing or leasing a Tesla, your contract might require you to maintain collision or comprehensive coverage.

Since Teslas are high-end luxury vehicles, it makes sense that Tesla insurance rates are higher than for cheaper cars.

Many Tesla owners decide that it’s worth it to pay more in car insurance premiums to lower their out-of-pocket costs in the case of an accident or total loss.

Teslas also hold their resale value surprisingly well compared to other EVs, making them a good long-term investment for many drivers.

But if you’ve done the math and the costs are still too high, don’t stress: Teslas aren’t the only great EV option on the market.

Check out these 5 Tesla alternatives that won’t break the bank or click here to search for other great EV deals in your area.