Most electric cars depreciate quickly after a few years of driving them — but not Teslas. One study by the U.S. Department of Energy found that the Tesla Model S held its value “significantly better than any other vehicle type evaluated, including internal combustion engine vehicles.”

In fact, Tesla is so confident in its used vehicles that it offered a resale value guarantee for several years — although that program was discontinued in 2016.

How Quickly Do Teslas Depreciate?

When it comes to electric vehicles, depreciation is a fact of life. For example, the Nissan LEAF depreciates by as much as 70% after five years of driving.

This isn’t a problem if you plan to keep your car for a decade or more. But if you plan to sell your car after a few years and upgrade to a new model, you’ll want to choose a car with a high resale value.

Why is the Tesla resale value so high compared to other EVs? It’s partly because Tesla batteries don’t degrade quickly, so you can drive them for years without a significant drop in battery capacity.

But it’s also because Teslas are in high demand. They’re popular, and waiting times for a new Tesla model can be several months or more, which pushes many car buyers to the used market instead.

While the upfront car price is higher than that of budget-friendly EVs, the fact that you can count on reselling your Tesla for nearly as much as you paid for it may make it a worthwhile investment for some drivers.

Is the Tesla resale value the same for all models? Not quite, although most used Teslas hold their value well. Let’s take a look at a few models side-by-side. They’re listed in order of best resale value, from lowest to highest. 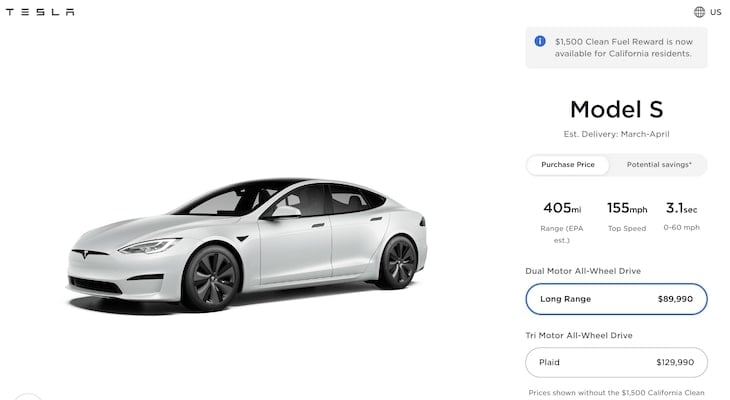 The Tesla Model S is a five-door luxury-sedan that was first released in 2012. The newest model has an EPA-estimated range of 405 miles and a top speed of 155 mph.

Like most Tesla vehicles, this car isn’t eligible for the electric car federal tax credit, but you may be eligible for other incentives in your state.

The Model S holds its value well, with the 2018 Model S selling for around $64,200 if you purchase it directly from Tesla — or around 71% of its original value. 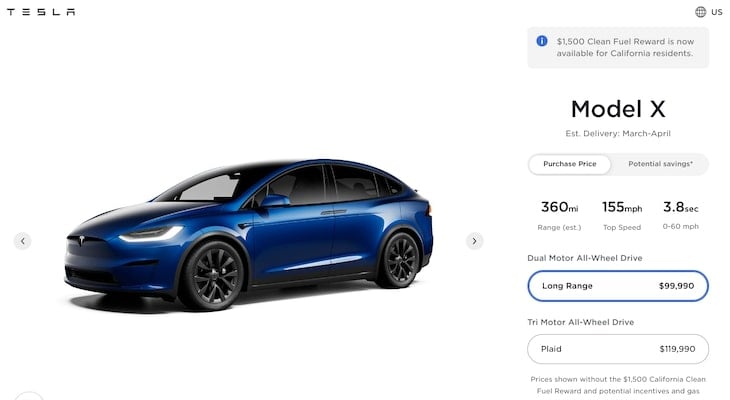 The Model X takes us into the higher end of Tesla’s price range, with the Long Range model going for $99,990.

Earlier models have decreased in value slightly, with the 2017 model available in Tesla’s used inventory starting at $71,300. This model year gets slightly fewer miles of range — 295 miles on a single charge — but can still reach 155 mph. 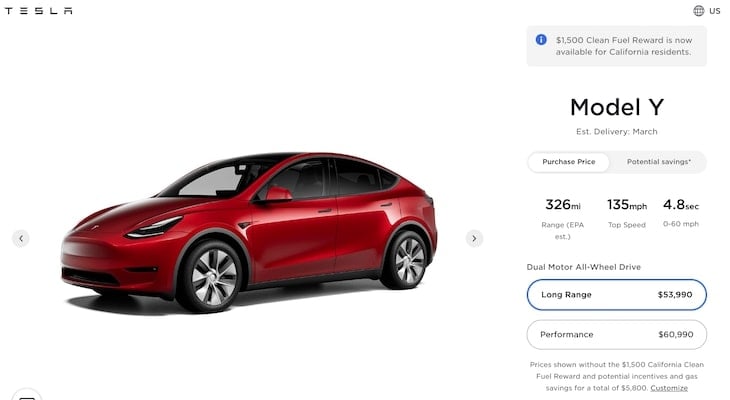 The Model Y is Tesla’s first compact SUV, with an EPA-estimated range of 326 miles and a top speed of 135 mph.

Delivery estimates are anywhere from a few months to over six months, depending on which edition you buy.

Since the Model Y only came out in 2020, Tesla isn’t selling any used vehicles on its website yet, but you can find them on the private market starting at around $45,000. 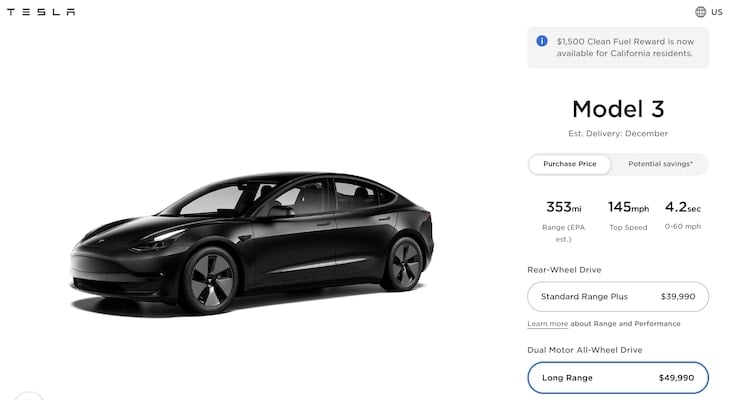 The Model 3 is one of Tesla’s more affordable options, with the Standard Range Plus starting at $39,990 and offering 262 miles of range on a single charge.

How well does the Model 3 retain its value? Oddly enough, it actually costs more to buy a used Model 3 than to buy a new one!

That’s because, according to The Observer, car production has slowed this year, and car buyers are willing to pay more for a used model than wait for a brand new one.

How to Maintain Your Tesla Resale Value 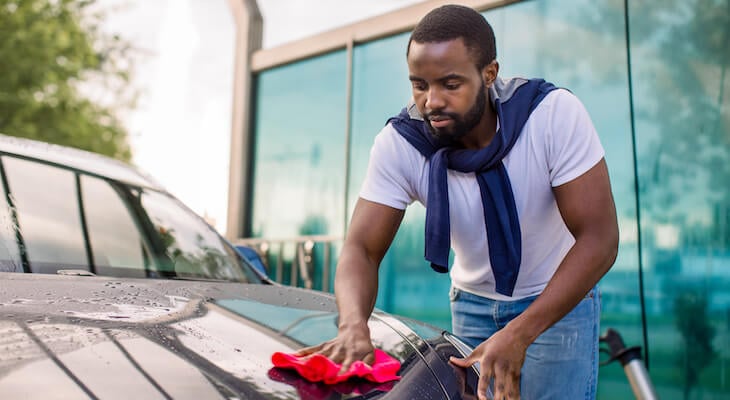 If you’re planning to buy a new Tesla and sell it within a few years, it’s important to take good care of it in order to retain its resale value.

The good news is that Teslas hold up surprisingly well, but they have some of the same resale considerations as any other car.

Here a few tips to help you maintain your new car’s value:

As a general rule, electric vehicles require less maintenance than conventional cars, and Teslas are no exception.

But it’s still important to follow the instructions in the owner’s manual and take it in for tire rotations, air filter changes, and other types of routine maintenance requirements. Keep a record of any major repairs that you can show to prospective buyers.

Some drivers choose a Tesla over another EV because they want to be able to charge their battery faster using Tesla’s Supercharger network.

This isn’t a problem if you do it occasionally, but DC charging can reduce your battery capacity over the long-term.

Superchargers are designed to protect your battery, but Tesla’s FAQs page admits that battery quality may degrade “after a large number of high-rate charging sessions.”

Instead of relying on fast charging, install an electric car charger at home so you can plug in your car overnight.

A car’s model year isn’t the only thing that impacts its resale value. The amount of miles on your odometer is important too.

Tesla’s batteries don’t degrade as quickly as other EVs, so your car is likely to retain its value even if you drive it frequently.

Still, if you plan to take your car on multiple cross-country road-trips, don’t expect your Tesla’s resale value to be as high as if you only used it for commuting.

Should You Buy a New or Used Tesla? 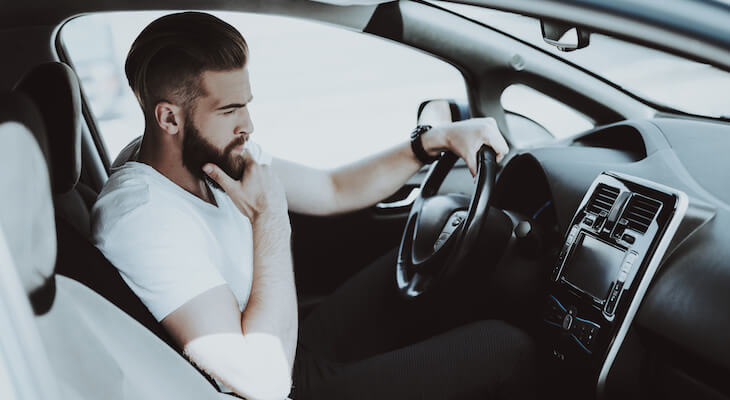 For most makes and models, buying a used electric car is going to be a better bargain because new vehicles depreciate so quickly.

With Teslas, it’s a bit of a tossup. You might be able to buy a used Tesla for a low price, but chances are it won’t be that much cheaper than a new one.

And if you have the budget for a new Tesla, you can rest assured that it won’t lose too much value over the first three years of driving it.

That said, Teslas are pricey no matter how you look at it, so for some drivers, leasing a Tesla will be the most affordable option.

You can compare lease deals directly on Tesla’s website, or use this handy search tool to find used Tesla models available for sale near you.