Tesla Safety Ratings & Autopilot: What You Need to Know Safety is one of the most important things to consider when buying an electric car, and Teslas are no exception. But with all of the hype surrounding Tesla’s Autopilot mode, it can be hard to know whether Teslas are actually safe to drive or not.

Both of the major U.S. safety ratings agencies have given high marks to Tesla vehicles, making them some of the safest electric cars on the road. But when it comes to vehicle safety, how you drive matters just as much as what you drive — so you’ll want to make sure to use Tesla’s Autopilot system responsibly.

Let’s take a look at how Tesla safety ratings are determined, and what you need to know about Tesla’s driver-assist system before you get behind the wheel.

What Are Safety Ratings?

In the U.S., most passenger vehicles get a safety rating from one of two agencies: the National Highway Traffic Safety Administration (NHTSA) or the Insurance Institute for Highway Safety (IIHS). These agencies put the vehicle through a series of crash tests and safety inspections and give it a safety rating based on the results.

The NHTSA gives them a star rating (with a maximum of five stars), while the IIHS uses a different scoring system: Poor, Marginal, Acceptable, and Good. Either way, you can check out the car’s overall score, and how it performed in certain types of collisions, such as frontal crashes, side crashes, and rollovers.

Sometimes, if a new model is similar enough to the previous model, the agencies won’t put it through the same tests again, but the previous results will carry over.

How Tesla Safety Ratings Are Determined

Teslas have to go through the same types of crash tests as any other car, which means Tesla safety ratings are determined by a third party and not by the automaker itself.

A few years ago, Tesla CEO Elon Musk got into hot water for saying that the Tesla Model S should be awarded 5.4 stars – above and beyond the NHTSA’s 5-star scale. After the agency sent them a cease-and-desist letter, Tesla relented, and now they advertise the actual 5-star rating on all of their current EVs.

Teslas aren’t the only type of electric car with such a high safety rating. In fact, all EVs benefit from a low center of gravity due to the location of the battery pack, as well as a larger crumple zone due to the lack of an engine.

Other safety features that the IIHS and NHTSA take into account include driver assist features such as lane departure warning and automatic emergency braking. 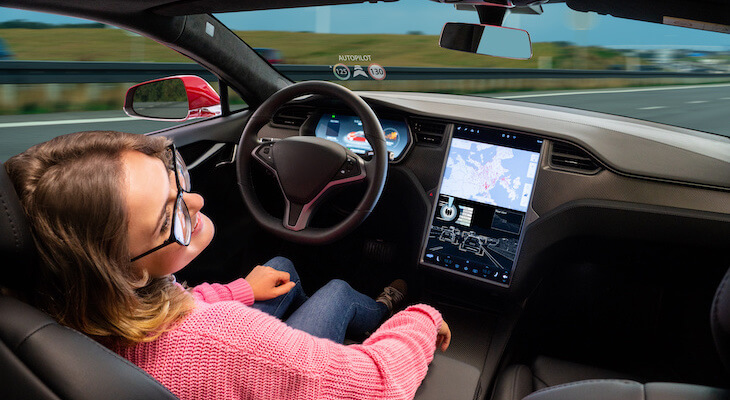 There’s no way to talk about Tesla safety ratings without also talking about its Autopilot system. After all, both agencies incorporate driver assist features into their ratings. But what’s the story behind Tesla’s Full Self-Driving Capability and is it safe to use?

The important thing to know is that Tesla’s Autopilot and Full Self-Driving Capability are two different things — and both options require you to pay attention to the road.

If you use Autopilot as intended, it can reduce the chances of a collision due to active safety features like automatic emergency braking and lane departure avoidance.

The Full Self-Driving Capability adds on tools such as Autopark and Auto Lane Change, but it isn’t true autonomous driving and you’ll need to be ready to take over the steering wheel at any time. (You’ll also have to pay more for this feature — an extra $10,000 on top of the cost of buying your Tesla!)

What Is the Tesla Safety Score?

Tesla encourages good driving behavior with its Safety Score, which scores you on five factors based on your real-world driving habits. These include hard braking, aggressive turning, and unsafe following. You’ll also lose points for forced Autopilot disengagement and getting too many forward collision warnings per 1,000 miles.

A Safety Score of 80 is considered reasonable. Get a perfect score of 100, and you’ll be eligible for early access to beta versions of the full-self driving software.

Regardless of your score, keep an eye out for software updates, which are downloaded automatically and may add new driver assist and navigational features. Since some of these features are experimental, it’s important to be cautious when trying them out.

Your Safety Score won’t be carried over if you sell the vehicle, and you’ll have a unique score for each Tesla vehicle you drive.

If you’re trying to decide which Tesla to buy, then safety isn’t likely to be a deciding factor. That’s because the four currently available Tesla models all have similar safety ratings from the NHTSA. (The forthcoming Cybertruck’s ratings haven’t yet been released.)

Still, there are a few small differences between them. Let’s see how they stack up:

The Tesla Model S gets a Superior rating from the IIHS for front crash prevention, which applies to models built between 2016 through 2021. The NHTSA gives it a 5-star rating in all key areas, including frontal crash, side crash, and rollovers.

The Tesla Model Y received a similar rating from the NHTSA, with five stars in all crash test areas. As a crossover SUV, it has a higher rollover risk than the Model S, but it still came out ahead of many other vehicles of its size.

The IIHS hasn’t assessed the Model Y, and has raised concerns about the removal of radar sensors from its driver assist system; now, it relies entirely on cameras.

The Tesla Model X has a 5-star safety rating overall, based on front and side crash tests and a rollover rating. The NHTSA has also verified that safety features such as forward collision warning and departure warning come standard with Tesla vehicles.

The Tesla Model 3 has a rollover risk of 6.60% and a 5-star rating from the NHTSA for front and side crash tests. In fact, Tesla claims it has the “lowest probability of injury of all cars the safety agency has ever tested.”

The IIHS gave it a Superior rating and chose it as a Top Safety Pick+ of 2021.

Find the Best Tesla Model for You 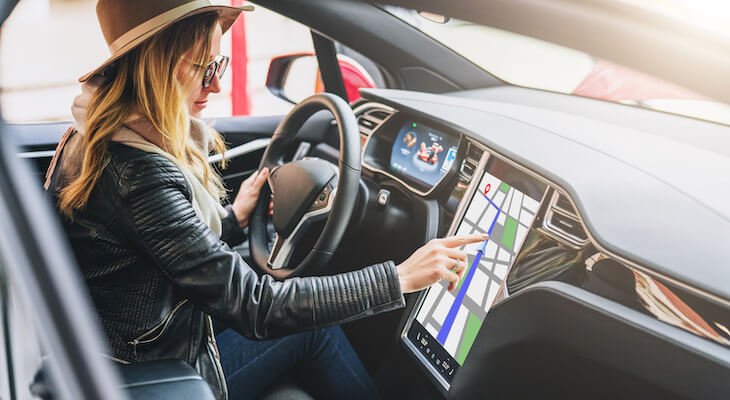 A few high profile-incidents have raised questions about whether Tesla’s Autopilot mode is ready for the big time — but that shouldn’t scare you off from driving a Tesla. As long as you’re aware of what Tesla’s full self-driving mode can and can’t do, you can make use of its collision avoidance features without handing over control entirely.

If you do get into a crash in a Tesla vehicle, you can expect its low center of gravity, roof strength, airbags, and large crumple zone to give you a lower risk of injury. Plus, since Teslas have been receiving top safety ratings for years, you can buy a used Tesla and still feel just as confident in its safety.

Learn more about the best Tesla models here, or use this tool to start looking for a used electric car near you.