Tesla Software Updates: Everything You Need to Know 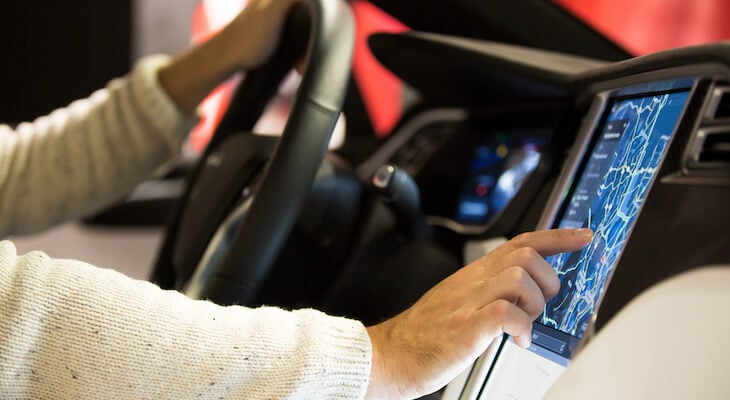 When Elon Musk‘s first Tesla models were sold in 2008, their debut marked a lot of firsts. In addition to being among the first mass-produced all-electric vehicles, the automaker also initiated online ordering in place of the well-known dealership system.

Another Tesla first was the fact that its cars, much like computer hardware found in laptops, mobile phones, and tablets, would constantly undergo software updates to improve their functionality and performance. Read on to learn what Tesla software updates do, how they’re installed, and how to make sure your Tesla has the latest update on board.

What Are Tesla Software Updates?

Whether it’s a Tesla Model X, a Tesla Model Y, or even the forthcoming Tesla Cybertruck, all Tesla vehicles come with the automaker‘s proprietary computer system.

This software controls various aspects of the vehicle’s performance, navigation, and onboard entertainment features.

Like any computerized system, the software in your Tesla vehicle requires frequent software updates in order to maintain functionality and stay up-to-date with changes in highway patterns, road closures, traffic, and other important navigation data.

According to Tesla, its over-the-air software updates introduce new features to your Tesla vehicle and make updates to the car that make it “safer and more capable over time.”

How to Tell When a New Tesla Software Update is Available

Drivers can check for new software updates by opening the ‘Software’ tab on their ‘Controls’ touchscreen. If a new update is available, you’ll receive a notification on your center touchscreen display, with the option to install the update immediately or schedule for later. To ensure the fastest and most reliable delivery of software updates, make sure your car has a solid connection to Wi-Fi that won’t be interrupted during the update download.

Tesla also sends notifications to drivers when an update is available via their mobile app and gives them the opportunity to schedule the download for a later time.

Tesla names its software updates to differentiate from the date that they were installed. A conventional Tesla software update, for example, is named: “2021.31.4.2“.

This arrangement of numbers signifies the year, the week, the version number, and the specific bug fix.

How Are Tesla Software Updates Downloaded?

Tesla software updates are different from, say, a cell phone software update, many of which cannot be completed unless the phone is charging. “Release notes,” or a list of changes and updates the software update has made are emailed to Tesla owners and also available for review on the app.

Staying on top of your Tesla’s frequent software updates is an important step in keeping the car running in peak form while protecting your investment.

What Do Tesla Software Updates Impact? 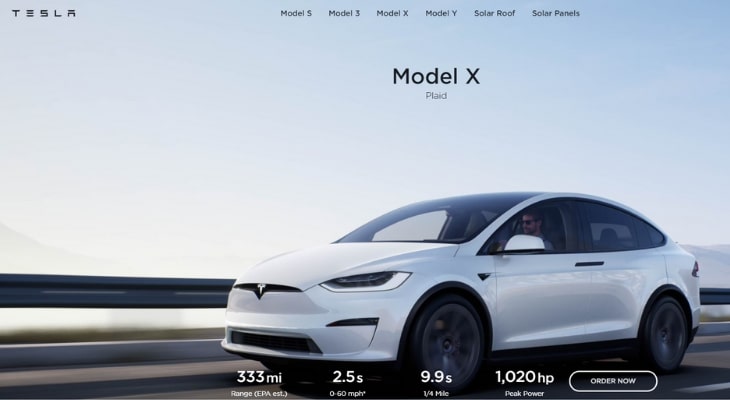 Tesla software updates affect nearly every facet of your vehicle, from updating the location of new Tesla Supercharger locations to improving the car’s navigation accuracy and overall performance.

Updates also occasionally integrate new and upgraded safety and security features that are key in protecting drivers, passengers, and the car itself, both on the road and off. Read on to see how software updates impact each facet of your Tesla.

Many updates to your Tesla‘s software actually affect the way the car drives. For example, updates that fine-tune a Tesla’s Autopilot feature give the car more control when it adjusts to the speed limit you are traveling, making for a smoother driving experience. Similarly, updates to systems like Tesla Speed Assist can improve how the car reads highway signs and adjusts speed accordingly.

Major selling points for Tesla vehicles are its Autopilot and Full-Self Driving capability. These features are also among the most frequently updated in over-the-air software upgrades. One of the most recent updates to these capabilities was a new software feature that forces Tesla vehicles to slow down when they detect the lights of emergency vehicles at night.

Despite the popularity of its fleet’s auto-driving capabilities and frequent updates, it’s always important to remember that these features remain intended for use by fully attentive drivers prepared to take over full control of the car at any moment. 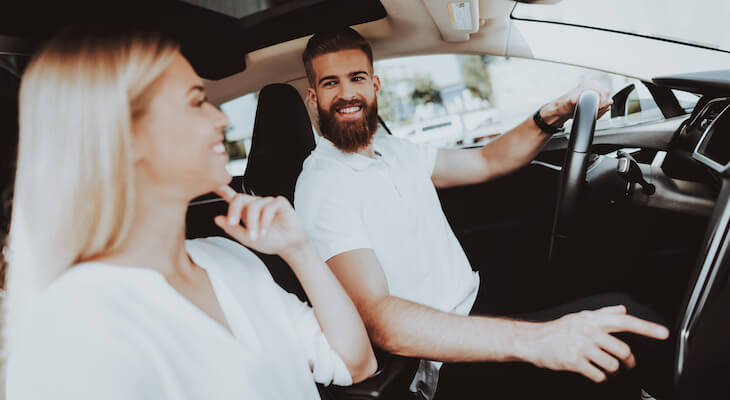 Point-by-point navigation is one of the most popular features in Tesla vehicles, each of which (with the exception of the Tesla Model S when it is shifted in reverse) displays a map on the center console at all times.

Unlike older car navigation systems, which required a visit to a dealership for software updates, Tesla updates its maps frequently in software updates. In addition to making sure the system is aware of all new roadways and road construction detours, Tesla’s software updates also add the latest information to support the car’s traffic-aware cruise control system.

Tesla updates also improve the car’s onboard audio and entertainment features. In addition to upgrades to the car’s dash cam capability and picture quality, touchscreen display improvements are frequently improved.

Many updates are made under the banner of making each Tesla customizable for each driver. These include updates like the ability to personalize driver profiles with features like new language support and automatic mirror adjustments for customized visualization on the road.

Recent features have also included the addition of entertainment apps such as music streaming services Spotify and Tidal, which were not originally a part of Tesla‘s entertainment suite.

Software updates may also include improving Tesla‘s onboard security system, known as Sentry Mode. Tesla is constantly improving how the car’s external cameras can detect potential threats, as well as improving the ways your Tesla vehicle interacts with your home alarm system.

Adapting to the Road Ahead

Not all Tesla software updates are successful. Tesla has previously issued recalls to vehicles due to communication errors and unexpected activation of car functions.

Tesla drivers are encouraged to stay up to date with what each software update includes and to track information regarding any errors via the automaker‘s mobile app.

A key facet of Tesla‘s marketing strategy is to emphasize the fact that its fleet of vehicles is in a constant state of evolution. But like any automaker, some Tesla models are more reliable than others.