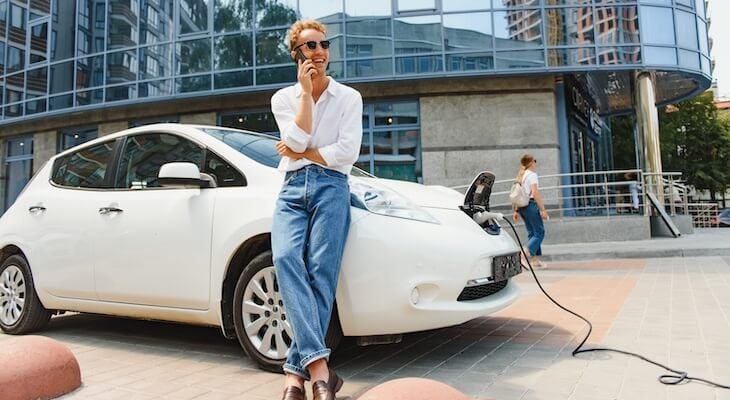 There are plenty of different factors that go into choosing an electric car, from safety and reliability to battery capacity and range. For some buyers, the manufacturer of the car is an afterthought, but for others, it can really help you narrow down your options.

Not only does each carmaker offer a unique range of vehicles, but they may have their own set of driver assistance features and use different EV charging technologies.

Plus, some automakers’ vehicles are eligible for the electric car tax credit, while other companies have already maxed out their quota for the time being.

So before you get too far into your search, here’s what you need to know about each of the eight top electric car companies on the road right now.

To put together our list, we considered both overall sales and specific models. Some of these companies only make electric models, while others are introducing more hybrids and plug-in hybrids into their lineup.

We only included cars that are available in the U.S. and Canada, so we left out several Chinese automakers and EVs that are only sold in Europe. 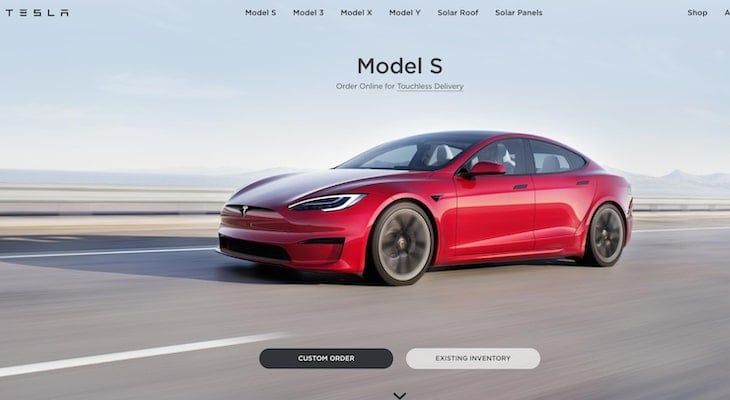 Founded by Elon Musk in 2003, Tesla leads the pack, accounting for more than half of EVs sold in the U.S. and with global sales reaching 14.5% market share in 2021.

Because Tesla only sells electric cars, its battery technology is second-to-none, and it has a massive network of Supercharger charging stations around the U.S.

Tesla’s vehicles are pricey, with the Tesla Model X starting at $79,990. The Tesla Model 3 is the most affordable option, with a sticker price of $34,190. Unfortunately, there are no longer any tax credits available for any Tesla models.

If you don’t mind the wait times for a new Tesla, or if you can find a used Tesla for an affordable price, you can expect it to retain its resale value for years to come. 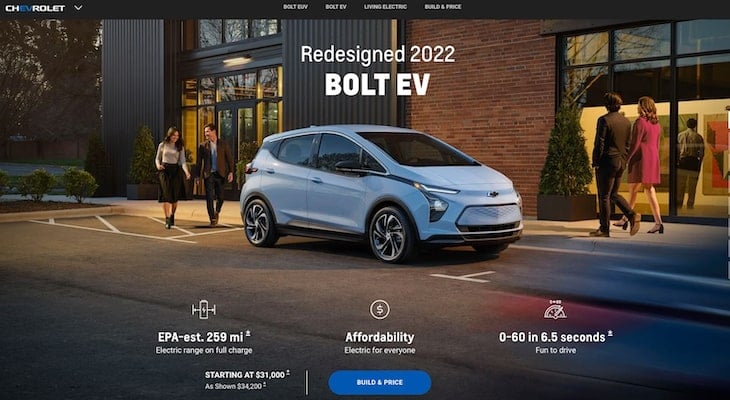 Chevrolet is a division of General Motors Company, and its most popular EV is the Chevrolet Bolt, a five-door hatchback with a starting price of $31,000.

Along with the Nissan LEAF, it’s one of the best budget-friendly EVs, with a fully electric battery that can get up to 259 miles on a single charge.

Bolt drivers get access to GM’s Super Cruise system, which offers driver assistance and “hands-free driving” on some roads.

The Chevy Bolt EV is no longer eligible for the federal tax credit, but there may be other incentives available where you live, such as California’s Clean Vehicle Rebate. 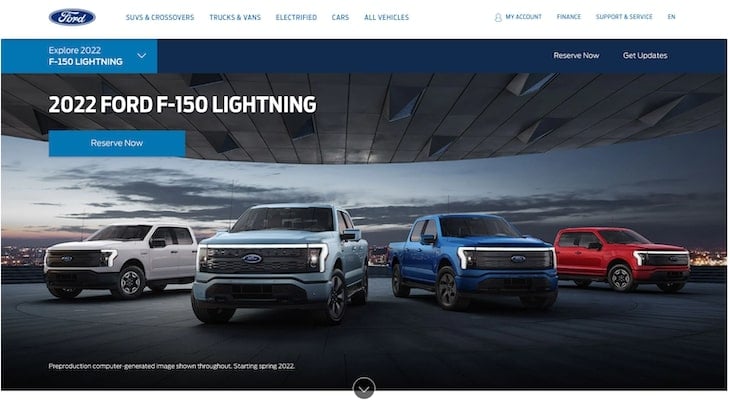 Ford has retired some of its first battery electric vehicles, like the Ford Focus Electric, but is quickly catching up to other carmakers with new EVs like the F-150 Lightning electric pickup truck and the Mustang Mach-E crossover SUV.

This wide range of EVs makes it stand out from other electric vehicle manufacturers, whether you’re looking for an electric truck or a sports car.

Ford drivers can get access to over 12,000 chargers as part of the FordPass network, as well as the BlueCruise driver assist technology available in some vehicles.

Plus, some of Ford’s cars are still eligible for a $7,500 tax credit, making this a good choice for drivers who want the latest EV technology at an affordable price. 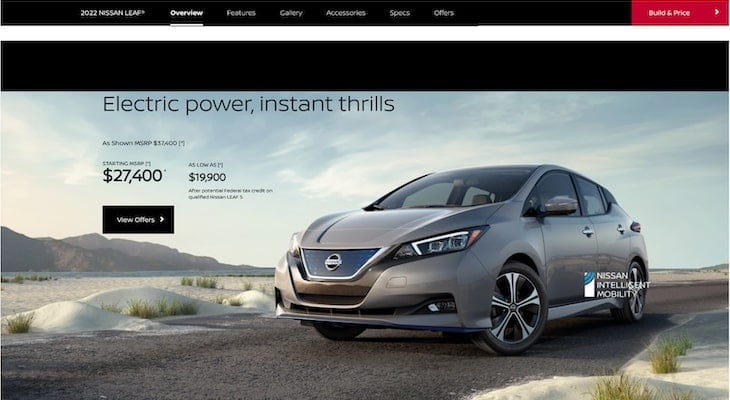 Nissan is a Japanese company known for the Nissan LEAF, a five-door hatchback that also happens to be one of the most affordable EVs on the market.

Right now, that’s the only electric car they sell, but the Nissan ARIYA will be hitting the road soon, and will be equipped with ProPILOT 2.0 driver assistance technology.

The Nissan LEAF battery received some negative press for its high replacement costs, but newer models have reduced those concerns, with a longer-lasting battery that has an EPA-estimated range of 226 miles on a single charge. 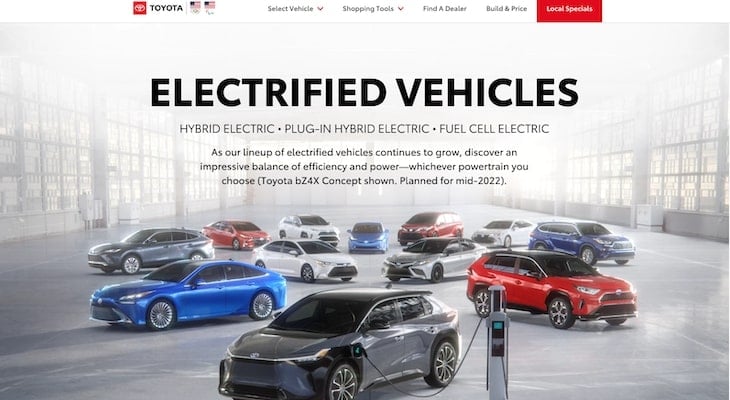 Toyota may be best known for bringing the Toyota Prius hybrid to the market, but buyers shouldn’t overlook the electric versions of other popular models, like the Camry, Corolla, Highlander, RAV4, and Mirai.

With Toyota’s new Advanced Drive system and AWD powertrains available, you’ll find plenty of options to choose from, including hybrids and plug-in hybrids.

The latest version of the Toyota Prius Prime starts at $28,200, with a tax credit of up to $4,502 available for eligible drivers. 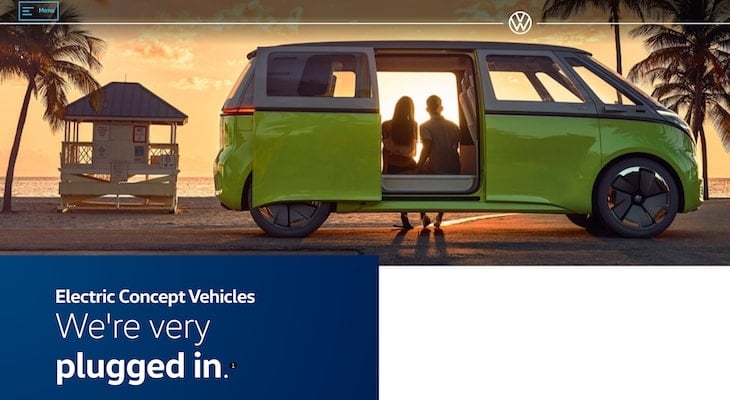 Not content to stop there, VW has several more EV concepts on the horizon, including a new version of the classic VW minibus called the ID.Buzz. Volkswagen is also working on advanced self-driving capabilities along with a startup called Argo AI.

For now, drivers can purchase the Volkswagen ID.4 starting at $39,995, which comes with a suite of semi-autonomous driver assist features called IQ Drive. 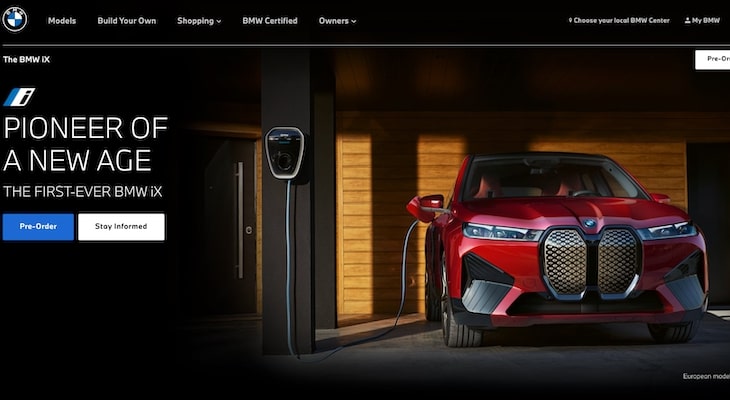 BMW is another German automaker that is quickly adding more EVs to its lineup, with options ranging from the BMW i3 hatchback to the iX sports activity vehicle.

BMW stands out among the car industry for its attention to luxury, although this can put its new cars out of the price range of many buyers. 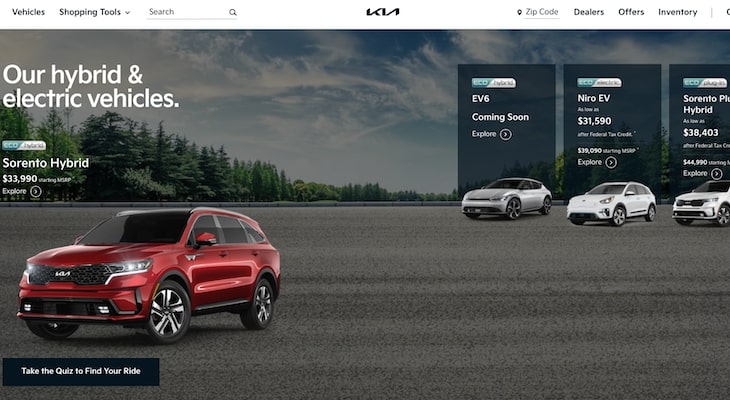 At $39,990, the Kia Niro is on the more affordable end for an electric SUV, with a range of 239 miles of driving on a fully charged battery.

Kia’s lineup isn’t as big as some of the other manufacturers on our list, but its focus on compact SUVs makes it a good choice for family-friendly EVs.

In addition to the Niro EV, other options include the Kia EV6 crossover and the Sorento Hybrid, both of which can be plugged in to home charging stations.

Which Electric Car Company Should You Choose?

The automotive industry is changing so quickly that carmakers have to be automakers and technology companies at the same time.

Fortunately, that competition is good for drivers and the environment, bringing the auto industry in line with the latest safety standards and emissions regulations.

Plus, regardless of which electric car company you choose, you’ll be protected by an 8-year/100,000-mile warranty on the lithium-ion battery pack.

Click here to compare electric cars in your area, or learn more about EV lease deals and used car options.