Home Electric Cars Guides Is the Toyota Prius Prime Right for You?

Is the Toyota Prius Prime Right for You? With fuel prices breaking pricing records, alternative-fuel vehicles have become more popular options. For buyers who aren’t ready to jump into a fully electric car due to range concerns, there are plug-in hybrid models.

The plug-in hybrids can travel on electricity alone for short distances. Once you deplete the battery, the gasoline engine kicks in, switching the vehicle to a hybrid. This gives buyers the best of both worlds.

What is the Toyota Prius Prime?

So, this hatchback not only operates as a hybrid — powered by a gasoline engine and an electric motor — it can also run on electricity alone until the battery pack depletes. As of the 2022 model year, the all-electric range (AER) is 25 miles on a fully charged battery.

So, in the right conditions with conservative driving, the Prius Prime can drive up to 25 miles without using gasoline. The standard Prius offers no electric driving range.

What Are the Prius Prime’s Key Specifications?

The Toyota Prius Prime offers a great combination of fuel economy and roominess that many green shoppers will appreciate.

Combined, its gasoline engine and electric motor produce 121 horsepower, but this powertrain’s best attribute is its fuel economy.

When operating in full-electric mode (EV mode), the Prius Prime receives an EPA-estimated fuel efficiency rating of 133 miles per gallon equivalent (MPGe) — MPGe is the electrical equivalent of traditional MPG. Once you deplete the battery pack, and the gasoline engine kicks in, the fuel economy dips to 55 MPG city, 53 MPG highway, and 54 MPG combined.

With a fully charged battery and a full tank of fuel, the Prius can travel up to 640 miles.

When recharging the battery pack, it’ll take less than 5.5 hours to fully charge, using the included 120-volt charging cable plugged into a household outlet. If you use a 240-volt charger, like a home wall box charger or a public charging station, it takes only 2 hours and 10 minutes to change.

In addition to its great fuel economy, the Prius Prime also has 19.8 cubic feet of cargo space, making it easy to haul a week’s worth of groceries or your kids’ sports equipment. Its one drawback is roominess, with just 33.4 inches of legroom in the rear seats. This is fine for younger children, but teens and adults will feel the squeeze.

What Are the Prius Prime’s Features? 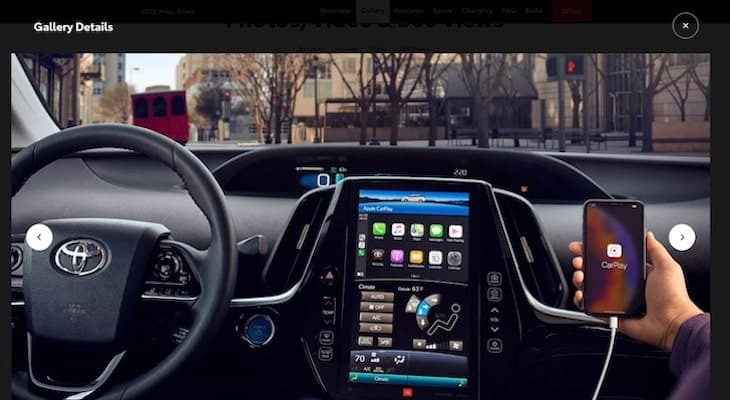 The Toyota Prius Prime LE, the base model, has no shortage of great standard features for all types of buyers, including:

Shoppers can also opt for higher trim levels — the Prius Prime XLE or Limited — with even more features, including:

What is the Toyota Prius Prime’s Warranty?

On top of these warranties, Toyota includes a 2-year or 25,000-mile ToyotaCare package, covering all the regular maintenance during that period, plus three years of 24/7 roadside assistance.

Who is the Toyota Prius Prime Best For?

When shopping for a green vehicle, there are certain boxes you need to check as a buyer to ensure you’re choosing the right vehicle. The Toyota Prius Prime is no exception.

The ideal Prius Prime buyer is someone with a short daily commute — ideally less than the 25-mile EV range. This means you can commute to work without using a drop of fuel. And if your round-trip commute is under 25 miles or you can recharge your battery at work, you can go a full workweek without using gasoline.

These gasoline savings can help make up for the Prius Prime’s higher MSRP than traditional vehicles.

With its limited rear-seat legroom, the Prius is best for folks without older (or soon-to-be older) children. While these rear seats are fine for young kids, older children and teens will struggle. Its high-tech features, though, could appeal to young buyers who have no immediate plans for children.

What Are the Toyota Prius Prime’s Main Competitors?

The green car space, which includes hybrids, plug-in hybrids, and electric vehicles, is quickly expanding as gas prices continue to rise. This leaves the Toyota Prius Prime with plenty of competitors to fend off.

Here are some of the Prius Prime’s key competitors and how they stack up to this Toyota. 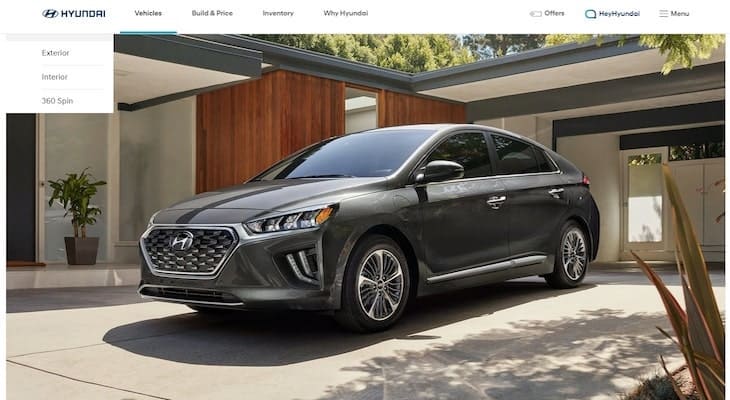 The Hyundai IONIQ Hybrid is one of the Prius Prime’s most direct competitors in design and functionality. It offers 29 miles of full-electric driving range, beating the Prius Prime by four miles. However, its all-electric MPGe checks in at just 119 combined, meaning its EV drive system is significantly less efficient than the Prius Prime’s.

The IONIQ Plug-In Hybrid can travel 620 miles — 20 miles less than the Prius Prime with the tank and battery topped off. Charging the IONIQ takes 6 hours, 39 minutes on a household plug and 2 hours, 15 minutes on a 240-volt charger.

As for spaciousness, the IONIQ beats the Prius Prime with 35.7 inches of rear-seat legroom and 26.5 cubic feet of cargo room. 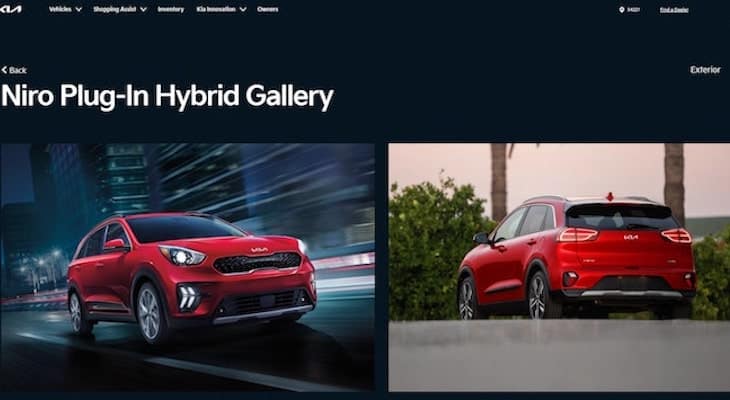 The Niro Plug-In Hybrid is a crossover between an SUV and a hatchback, so it’s a fringe competitor in terms of the body design. In function, though, it’s a strong alternative to the Prius Prime with its 26-mile all-electric range. That said, it falls behind with its 105 MPGe combined rating and 46 MPG combined rating in hybrid mode. This adds up to a 560-mile total driving range — the lowest on this list.

The Niro Plug-In Hybrid takes 8-10 hours to recharge on a standard household plug and less than two hours to charge on a 240-volt Level 2 charger.

The Niro Plug-In Hybrid excels in roominess, offering 37.4 inches of rear legroom and 54.5 cubic feet of cargo room with its rear seats folded. The cargo room is far tighter at just 19.4 cubic feet with the rear seats upright.

What is the Toyota Prius Prime’s MSRP?

The Prius Prime comes in three trim levels: LE, XLE, and Limited. Their MSRPs as of the 2022 model year are as follows:

This MSRP does not include Toyota‘s $1,025 delivery fee and any additional dealership fees. It also does not include the federal tax credit for electrified vehicles, which stands at $4,502 on the Prius Prime as of February 7, 2022.

This price also doesn’t include any incentives or rebates the manufacturer or dealership may offer.

What’s the Best Way to Get a Toyota Prius Prime? 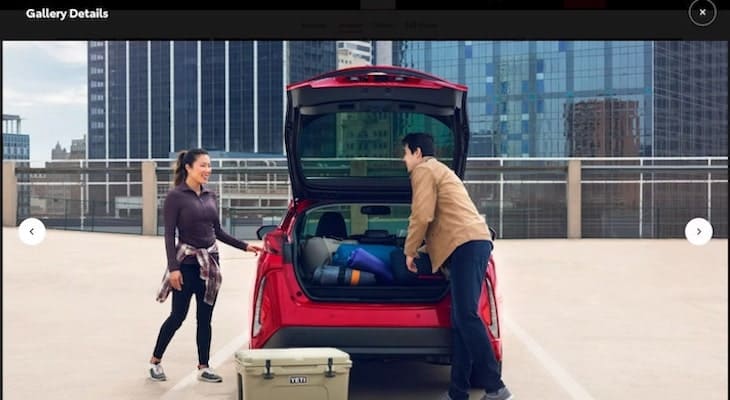 There are several ways to secure a Toyota Prius Prime: buying new, leasing new, and buying used. Each has its benefits and drawbacks.

Buying a new Toyota Prius Prime can come with some great upfront savings, starting with the $4,502 federal tax credit. Other than Toyota‘s blanket incentives — a $500 college graduate rebate and $500 military rebate — there are no current deals on the Prius Prime. However, Toyota is always updating its offers, so more may be available in the future.

If you’re planning to rely on the $4,502 tax rebate, you need to check the federal income taxes you will pay this year because your credit cannot exceed the amount of taxes you pay for the year. For example, if you only paid $3,000 in taxes, you will only receive a $3,000 credit, not the full $4,502.

Also, keep in mind this rebate will come to you at the end of the year. It’s not deducted from the vehicle’s base price.

If you’re unsure the Prius Prime is right for you or you just prefer a new car every few years, a Prius Prime lease could be a good option. Toyota often offers great promotional leases on the Prius Prime, but there are no nationwide offers at this time.

If you live in the Los Angeles area, there is one local lease special on the Prius Prime LE. This 39-month lease runs $279 per month with $2,999 due at signing.

When opting for a lease, you also forgo any tax rebates. However, some dealerships will sweeten the pot by deducting this amount from the MSRP when you lease, potentially lowering the lease payments.

The Toyota Prius Prime has remained relatively unchanged since debuting in 2016, so there’s a broad range of used Prius Prime model years to choose from. This can save you thousands of dollars if you can find the right one for you.

Keep in mind, though, you will not be eligible for any federal tax credits — these are only available on new cars. However, the cash saved on a used Prius Prime will likely outweigh the $4,502 in credits. Plus, you can enjoy the savings now instead of waiting until tax time.

Ready to find the perfect Toyota Prius Prime for you? Our powerful electric car comparison tool will help you find and compare Prius Prime models near you. Before you buy, learn about more of the electric car models on the market with our EV buying guide.