10 Upcoming Electric Cars to Get Excited About 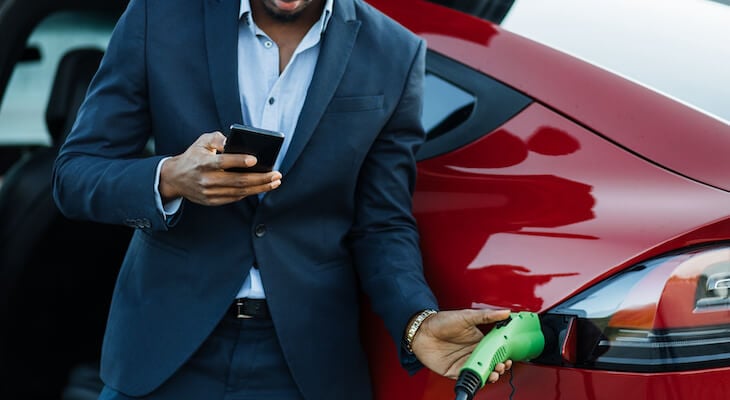 The 2022 model year is expected to be a watershed moment for electric vehicles. Many EVs that debuted as concept cars and all-electric models of vehicles drivers have long loved in their gasoline-powered form are anticipated to debut.

The benefits of driving an electric vehicle go beyond benefiting the environment. Whether you’re looking for more miles of range than your old gas-powered car, curious about an all-electric pickup truck, or looking to make the EV plunge after years of driving a plug-in hybrid, 2022 will bring plenty of pleasant surprises.

Upcoming Electric Cars to Get Fired Up About

While smaller sedans and SUVs have dominated the EV market so far, vehicles of all different styles are slated to debut in 2022, from sports cars to family-oriented crossovers and off-road capable all-wheel drive (AWD) pickup trucks, it’s time to get excited about all the new EVs set to debut.

While pricing for many 2022 EVs is not yet confirmed, here’s a list of 10 upcoming electric cars to get excited about. 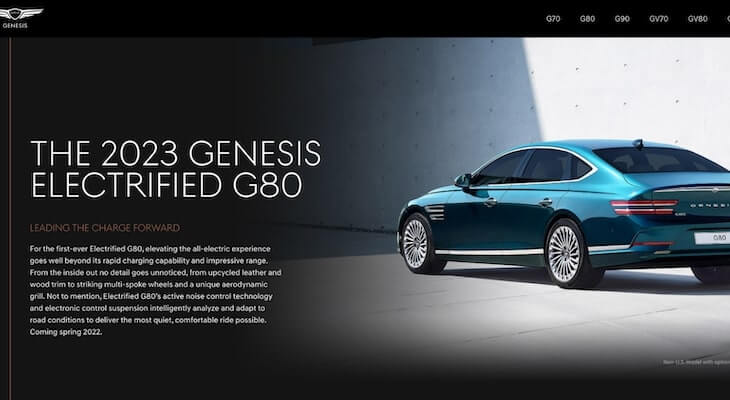 Genesis, the luxury division of Hyundai, is set to debut an all-electric version of its fashionable G80 sedan in late 2021. In addition to having an AWD powertrain, the Genesis G80 Electrified is also expected to be quick on the highway, thanks to a 0-to-60 mph time of 4.9 seconds.

Best of all, drivers utilizing a 350-kWh Level 3 fast charger will be able to get the car’s battery to an 80% charge in approximately 20 minutes, impressive considering the car’s 265 miles of range.

Those looking for an upcoming electric car that’s considerably larger than sedans currently on the market will also be pleased with the G80 Electrified spacious, all-leather interior. 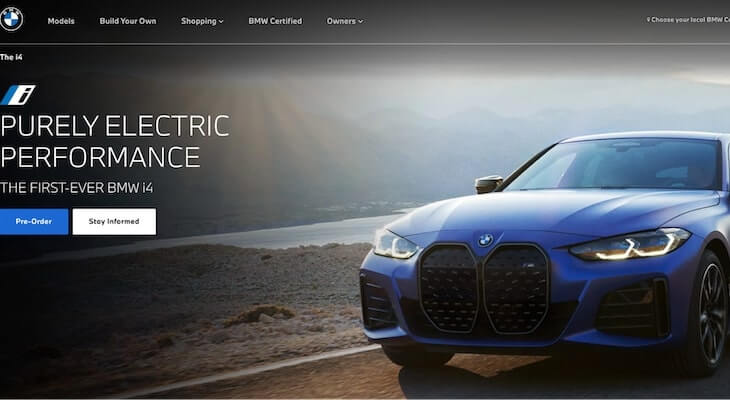 The forthcoming BMW i4 is slated to compete with the Tesla Model 3 for all-electric luxury sedan superiority.

With a 0-to-60 mph time of 3.9 seconds, performance enthusiasts will love the i4’s incredible power. While classified as a sedan, BMW engineers have given the i4 an elongated, coupe-like exterior and a longer wheelbase for a lower center of gravity. So while the car can fit five passengers comfortably, it’s still a performance vehicle at heart.

Inside, the i4 will feature both a 12.3-inch information display panel behind the steering wheel as well as a 14.9-inch touchscreen control panel, each easily visible in direct sunlight thanks to the fact that the windshield is constructed from anti-reflective glass. 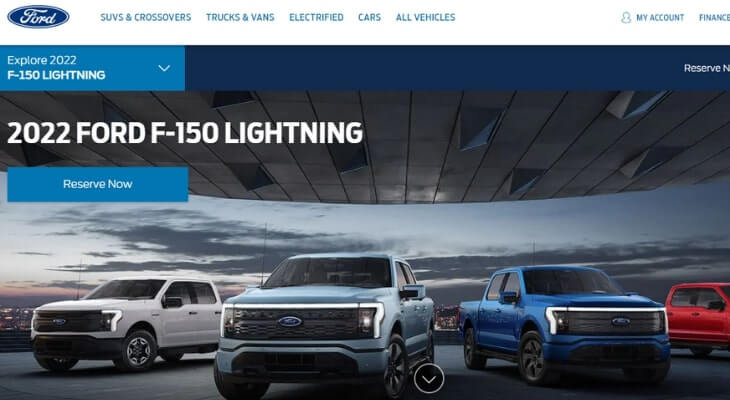 Ford has gone to great lengths to include the F-150’s venerated toughness and capability into its next-generation electric pickup truck.

The truck is slated to offer an EPA-estimated 230 miles of range, with an available extended-range battery pack option that bumps the range to 300 miles.

Like the gas-powered trucks of yesteryear, the Ford F-150 Lightning will be more than tow-ready, with a maximum towing capacity of 10,000 pounds, enough to haul anything from trailers to boats.

As for payload, the Ford F-150‘s standard bed has a capacity of 2,000 pounds. And if you’re worried about going over that limit, don’t be. The truck’s large touchscreen navigation system gives drivers access to a digital scale that displays the approximate weight of all payloads, a feature that will be beloved by small business owners and weekend warriors alike. 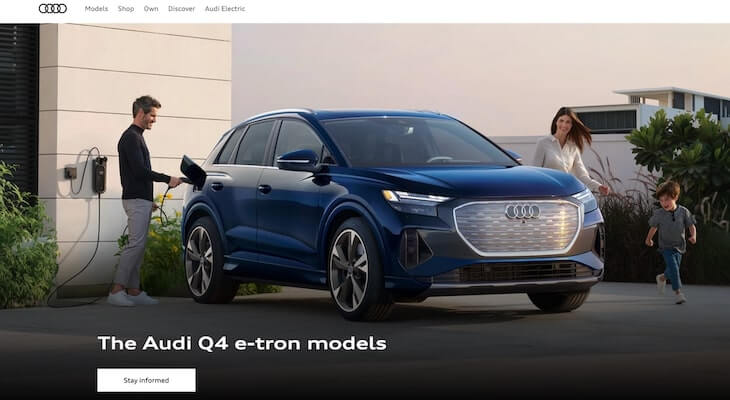 The Audi Q4 e-tron is a family-oriented SUV that packs Audi‘s famed styling and luxurious comfort in an all-electric package. If you’re a carpooler or used to traveling with many passengers, this could be the upcoming electric car for you.

In addition, the vehicle comes available with a choice between rear-wheel drive power train or a more powerful 295-horsepower dual-motor model with the automaker‘s venerated “quattro” all-wheel drive technology. Kia‘s EV6 debuts the brand’s new E-GMP platform. The car is constructed of ultra-high-strength steel that’s both lighter and stronger than the steel used to build Kia‘s gas-powered vehicles.

The car’s new structural materials help improve both its handling and safety, but also give it a lighter overall curb weight that vastly spikes its performance potential. The car is capable of accelerating from 0-to-60 mph in 5.2 seconds. In addition, unlike the numerous gas-powered SUVs that have preceded it, the Kia EV6 also touts a 2,000-pound towing capacity.

Inside, the Kia EV6 is quite cushy. It features heated front and rear seats and a vegan leather interior as well as a 14-speaker premium audio system made by Meridian. 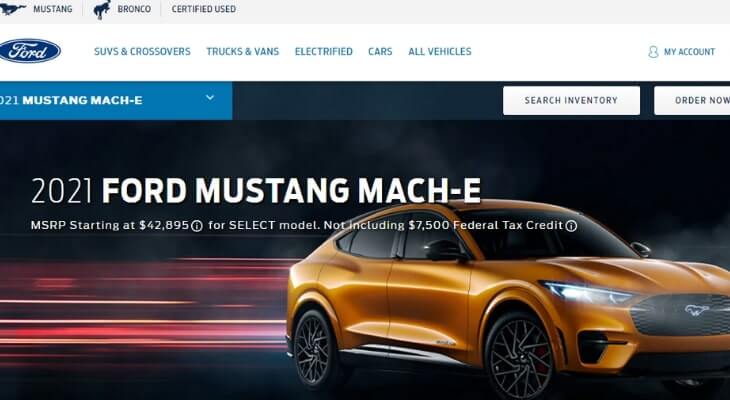 Not all upcoming electric cars are brand new. The Ford Mustang Mach-E marks the venerated pony car’s debut as a hatchback. And while that may bug Mustang purists, critics and drivers are welcoming the next-generation Mustang with open arms.

Available in four different trim levels, the Ford Mustang Mach-E also offers drivers a long range, topping out at 305 miles of range on a full charge. True to its performance heritage, the Mustang Mach E GT model provides drivers with 0-to-60 speeds of 3.5 seconds.

It’s a combination of style, performance, and cargo space that has made critics swoon, and made the car attractive to both drivers with families and professionals eager for a zero-emissions vehicle that is no slouch on the highway. 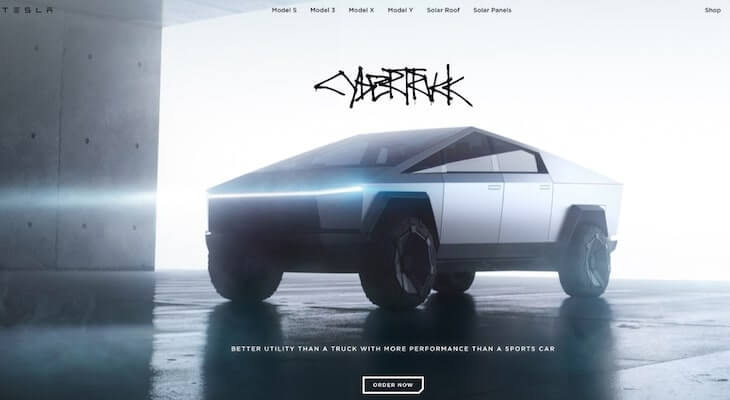 Of all the new cars coming to market in 2022, few are as eagerly anticipated as Elon Musk‘s Tesla Cybertruck. One look at it says it all. Simply put, there’s never been a vehicle like it. However, the vehicle’s futuristic, linear exterior isn’t the only reason it has EV fans excited.

The truck’s exoskeleton is nearly impenetrable, and its windows are constructed of armored glass, keeping passengers safe while making the vehicle almost impervious to corrosion.

Cybertruck is also capable of hauling an astonishing 14,000 pounds, the approximate weight of four cars. The truck’s four-wheel drive layout also features a modifiable suspension system that allows the driver to adjust the height of the vehicle up to 4 inches, ideal for fording standing water, rocky trails, or accumulated snow. 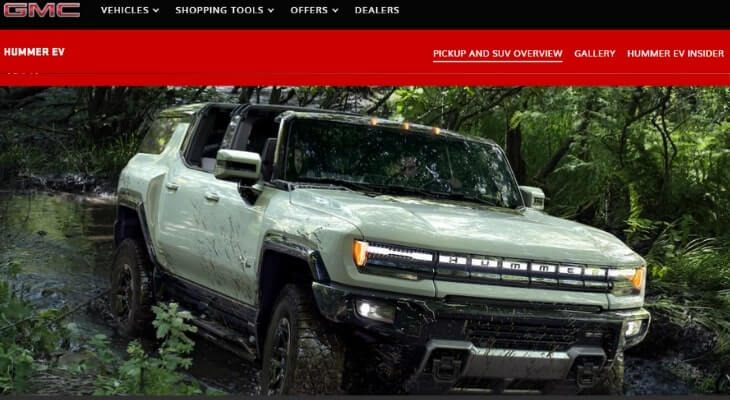 Many drivers weren’t aware of the upcoming electric car collaboration between famed automakers GMC and Hummer until the existence of the GMC Hummer EV was made known in an ad during the Super Bowl in 2021. The vehicle certainly appears worthy of the hype.

One of the coolest, never-before-seen features including the GMC Hummer EV is its ability to “crabwalk,” or drive diagonally, a trick that will open a whole new world of parking spots for those of us who dread parallel parking. The vehicle also features the capability to be raised 6 inches, allowing it to tackle even the harshest off-road trails with ease. 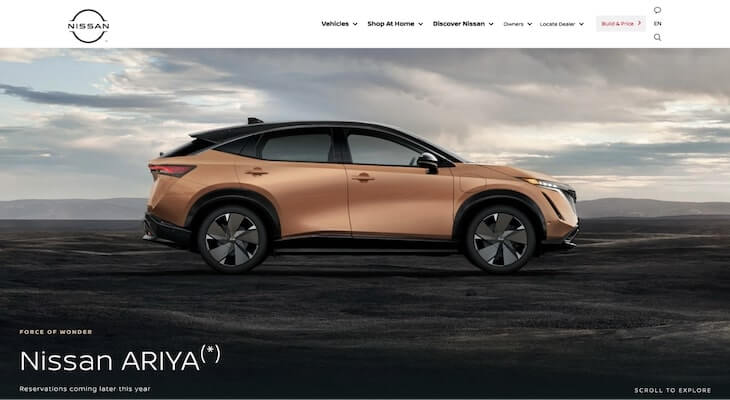 Another interesting feature that commuters will no doubt relish is the car’s ProPILOT Assist 2.0 feature that allows for hands-off, single-lane highway driving. The system even changes lanes automatically, without driver input. 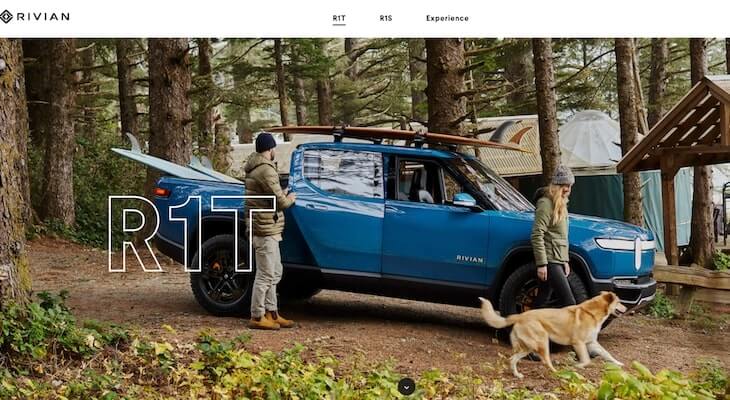 Onboard kitchens, roof tents, and unique storage spaces are just some of the features offered in the Rivian R1T pickup. Though the truck’s accessories are robust, it’s not exactly a speedster, as it’s only capable of a top speed of 125 mph.

That said, drivers who choose Rivian’s “Max Pack” battery system will have a driving range of up to 400 miles on a full charge, placing it among the leaders in range for battery electric vehicles.

Head to the Starting Line

From roomy, all-electric SUVs to coupes that pack unprecedented horsepower, the range of upcoming electric cars and next-generation vehicles with all-electric motors slated for debut in late 2021 and throughout 2022 is truly exciting.

If you’re eager to get behind the wheel of a new electric vehicle, don’t forget to peruse state and local tax incentive programs to reduce the cost of your purchase and to read up on the installation and cost of home charging units before driving your sleek new EV home.