Home Electric Cars Guides What is the Cheapest Tesla Available in 2022?

What is the Cheapest Tesla Available in 2022?

If you’re wondering what is the cheapest Tesla you can buy, there’s a short answer and a long answer. The short answer is that the Tesla Model 3 has the lowest starting price tag of all of the models currently available by the automaker.

But the longer answer is that it depends on which features you need and whether you buy a new or used Tesla. Ironically, the Tesla Model 3 actually goes up in value on the secondhand market, so you may find a cheaper price on another model.

Here’s what you need to know about the cheapest Tesla you can buy right now, as well as which features you can expect to pay extra for.

What is the Cheapest Tesla to Buy New? 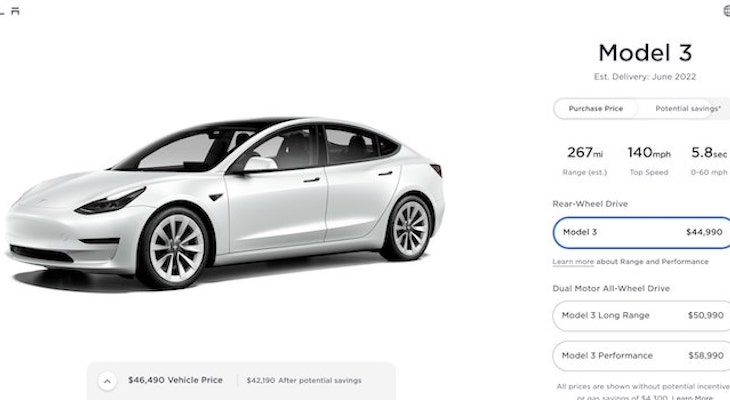 Tesla is known for being a luxury automaker, with prices as high as $100,000 for some models. So what is the cheapest Tesla you can buy new? Currently, that’s the Model 3, which has a base price of $44,990.

That price will get you some pretty impressive specs, including a top speed of 140 mph and 267 miles of range. That’s not as high as Tesla’s other EVs, like the Model X Long Range, but it’s enough to compete with electric hatchbacks like the Nissan LEAF.

The Model 3 is also the cheapest model to lease, with direct-from-Tesla leases starting at $389 per month, with $5,584 due at signing.

There’s a bit of a wait for new Model 3s, though, with currently delivery estimates as far ahead as June 2022 — which may leave you looking for other options.

What is the Cheapest Tesla to Buy Used? 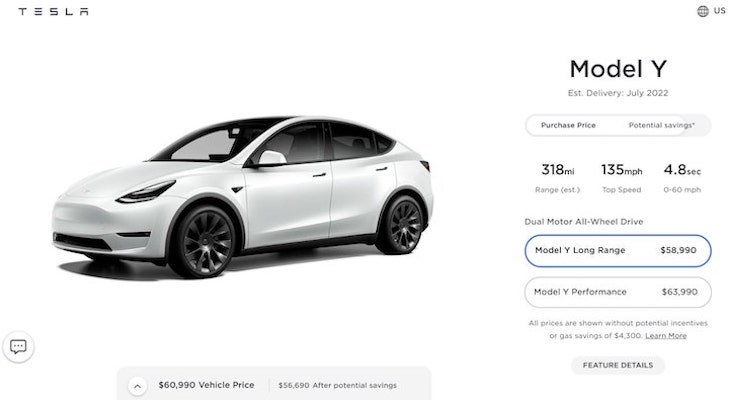 Teslas retain their resale value surprisingly well, which means that buying last year’s model can be nearly as expensive as buying a new Tesla. They can even increase in price when there’s a lot of demand and long wait times, which is why a used Model 3 isn’t necessarily the cheapest used Tesla you can buy.

A used Model Y, on the other hand, depreciates at a predictable rate, so you can get last year’s model for a little below the $58,990 sticker price.

Since the Model Y was first released in 2020, you won’t find any early models available for less, but that means you can be confident a used model will have all of the newest safety features and performance specs.

If both the Model 3 and Model Y are still so expensive on the used market, what is the cheapest Tesla you can buy used?

That would be the Model S, which is available for as little as $30,000 on the used car market. You’ll have to look as far back as 2012 or 2013 models to get those kinds of prices, though, so you’d be getting significantly less miles of range and performance specs compared to new models. 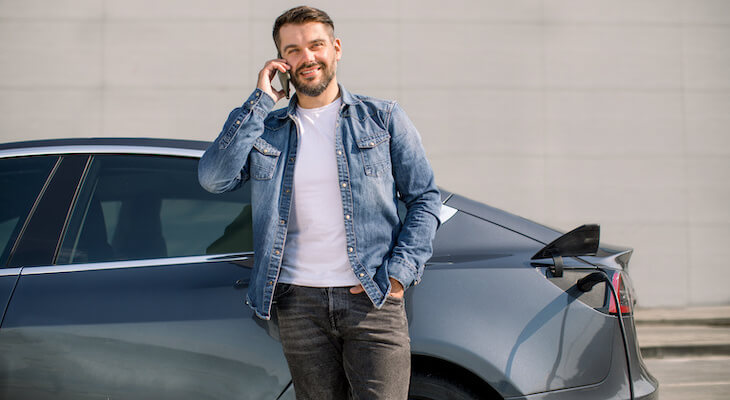 Part of the fun of buying a Tesla is getting access to all of the advanced features that Tesla offers, such as all-wheel drive and Autopilot.

While some of the best Tesla features come standard with all vehicles, others are available as optional upgrades and accessories that cost extra.

Here’s what you need to know about the cost of Tesla’s upgrades, so you can factor them into the cost of purchasing a new electric car.

Tesla makes it easy to get into your car with several keyless entry options, including the Tesla mobile app and Tesla key cards. Key cards are available for all models and cost $35 for two, while the Tesla-shaped key fob costs $175 and is only available for the Model 3 and Model Y.

If you don’t want to pay extra for these options, then you can simply rely on the mobile app, which lets you lock and unlock the car remotely, “summon” your vehicle from its parking space, and control the heating and cooling settings from your phone.

One of the appeals of driving a Tesla is getting access to the Supercharger network, which is handy for charging your vehicle on the go.

Still, it makes sense to install an EV charger at home so you can charge your Tesla overnight and avoid damaging your battery with excessive DC charging.

If you choose a Tesla Wall Connector, you can expect to pay $550 for the device and a bit more on installation. This is about the same price as any Level 2 home charger, and you may be eligible for a federal tax credit of up to 30% of the price.

The cheapest version of any Tesla is going to be a Standard Range model, which has a lower EPA-estimated range than the more expensive Tesla trims, such as Long Range or Performance. If you think you’ll need more miles of range, you’ll need to choose a Tesla vehicle with a larger battery pack.

The larger battery pack doesn’t have a standalone price tag, but you can use the Tesla Configurator to design your own Tesla model with the battery capacity you need.

All-wheel drive isn’t a standard feature on all Tesla models, so you’ll need to do some comparison shopping if this is a feature you’re interested in.

Some models come standard with AWD, such as the upcoming Tesla Roadster, while the Tesla Cybertruck is expected to have both rear-wheel and AWD versions.

If you’re interested in buying a new Tesla car for its autonomous driving features, it’s worth keeping in mind that you’ll have to pay extra for them.

All Tesla models come with Basic Autopilot, which includes driver-assist features such as Automatic Emergency Braking. But to make use of the Auto Lane Change, Autopark, and Summon features, you’ll need to upgrade to the Full Self-Driving Capability, which costs an additional $10,000 on top of the sticker price.

Not sure if it’s worth the price? Tesla recently rolled out a subscription model, so you can get access to the same features for $99 to $199 per month instead.

Where to Buy a New or Used Tesla 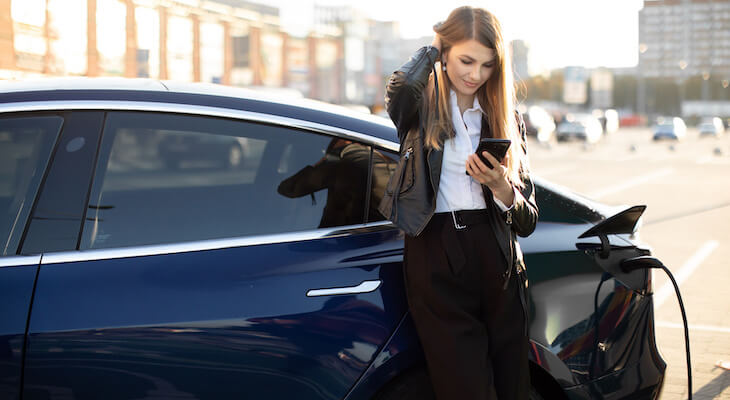 Since Tesla doesn’t sell any of its vehicles at dealerships, you’ll have to order your new car direct from the manufacturer. Although that can seem like the most efficient option, with high prices and long waiting times, you may be better off buying a used Tesla.

Teslas are known for their longevity, so as long as you check the vehicle’s maintenance history and battery health, you can be confident that your Tesla will drive smoothly and efficiently for years to come. You’ll also get automatic software updates to ensure that you’re driving with the latest firmware and driver-assist features.

Of course, Teslas aren’t the only electric cars out there worth buying. If you don’t want to pay Tesla prices, consider a Nissan LEAF, Chevrolet Bolt, or another EV at a lower price point. You can use this tool to look for used electric vehicles near you.