Save By Comparing Mobile Carriers

How Much Can You Save by Comparing Mobile Carriers? 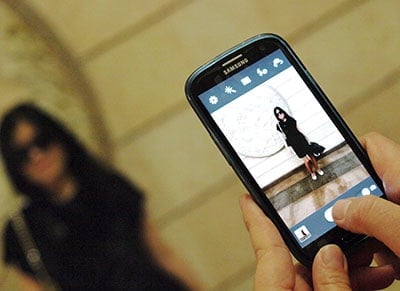 There are a few reasons for this. For starters, mobile plans are inherently difficult to understand because they have so many moving parts and pieces. There are costs for calling, texting, data and the phone itself. Plus, the plans are often changing in real time. Verizon Wireless, Sprint and AT&T are often updating their plans to match and one up their competitors’ offerings.

Below, we’ll break down the latest and greatest plans from the big three mobile providers. But before we do that, we wanted to share a few tips to keep in mind when comparing mobile plans.

First, make sure you’re accounting for everything. Some plans include the actual phone or device; others make you purchase them separately. Second, read the fine print just like it’s the promoted plan’s headline. Important exceptions and restrictions are often hidden in here. And finally, if you’re confused about a plan or trying to get an even better rate than the one being advertised, talk to someone at the store and on the phone. Store and phone sales reps are often able to make different deals.

Verizon tries to make plan pricing fairly straightforward. A family can try on 10GB of data for $80/month plus $15 per phone line – plus taxes and fees. So for a family of four, that’s $110 before those extras are added on. Single line plans start at $45/month for 1GB of data and a contract to $75/month for 2GB of data operating off contract. That’s potentially $70 in monthly savings by choosing a family plan over four single line plans. While the plans include unlimited talk and texting, they do not include device charges. Those need to be purchased at full retail cost or in tandem with a contract, and are available at discounted costs or for free depending on the make and model you’re seeking.

AT&T’s simplest and most cost effective plan packages data, texting and calling. One person can receive 3GB of data for $65 a month with a two-year contract or $80 without a contract. This cost includes calls and texts. Four people can share 10GB of data for $160/month with a two-year contract or $260/month with no contract. By selecting a contract, a family of four could save $1,200 annually.

Sprint does something that its competitors don’t – it includes the price of the phone. The carrier’s new All-In plan is $80/month. Breaking the cost down, $60 is allocated toward unlimited talk, text and data. (Although the company initially limited streaming video to 600Kbps, it has since rescinded it.) The remaining $20 then goes toward the phone. The plan works on a 24-month contract and includes a $36 activation charge.

The best value in mobile plans

It’s tough to beat the Sprint All-In plan today, especially if you’re seeking unlimited data, but that doesn’t mean that AT&T or Verizon Wireless won’t counterpunch with their own plan combining the actual device cost with calling, texting and data. That’s why when you’re shopping for a mobile plan, you need to pause and compare available plans almost weekly.