You may have heard a fan of Apple or iOS products describe herself as an “Apple person.” For her, it’s about more than purchasing products; it’s a lifestyle.

Similarly, there are Android dudes and dudettes. 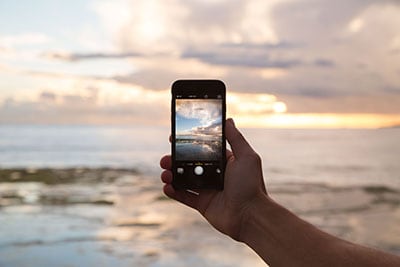 If a mobile phone is a lifestyle choice, then doesn’t it make sense to go beyond comparing features and facts when deciding if your life is a better fit for iOS or the Android operating system? We think it makes sense to explore your personality when choosing a smart phone, and choose one that’s ultimately an extension of you.

If you’re game, then answer the following five questions to see whether you’re a better match for iOS or Android, and keep track of your answers.

For every question you selected option ‘A,’ you chose an iOS quality. We’ll explain below. Similarly, for each ‘B’ response selected, you matched yourself with Android. So to determine whether you’re a better match for Apple’s iOS or the Android operating, simply add them up and see which system you tip the scale toward.

Here is the breakdown of where you might fall:

So whether you already have an operating system of choice – be it iOS or Android – or if you’re looking to make a change, we hope this fun little quiz provided some clarity. And embrace this smart phone competition as a good thing; with iOS and Android both pushing each other, everyone wins.