Home Ways To Save Vehicle The Best Used Trucks Under $10,000

You’re sick of bugging buddies to help you move. And hauling your trailer with that Geo Metro just isn’t working out. It’s time to look for the best used truck you can find, and preferably one that’s cheap. Finding the best used trucks under $10,000 is possible, but you’ll have to do your homework:

What are the most reliable makes and models? Are you looking for a light-duty pickup or a heavy hauler? Fortunately, we’ve helped out with the best used trucks research.

We based our comparison on dealer prices. Keep in mind that used-truck prices vary widely depending on mileage, condition, cab size, trim and geographical location. 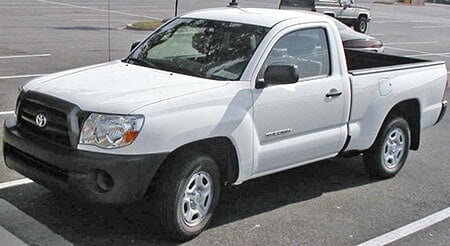 You’ll need to travel back in time a decade or more to find a Toyota Tacoma V6 for under $10,000. But once you’re behind the wheel, you’ll likely discover why owners don’t want to part with this durable truck for chump change. Owners of the 2006 Tacoma say it keeps going, and going, and going; Edmunds.com calls it “far and away one of the best compact trucks ever offered to the American public.” It gets 18 city/24 highway mpg, and the 236 HP V6 engine pulls up to 6,500 pounds. You won’t be towing barges or double-decker buses, but you’ll be able to handle most any job deftly – and for years to come. 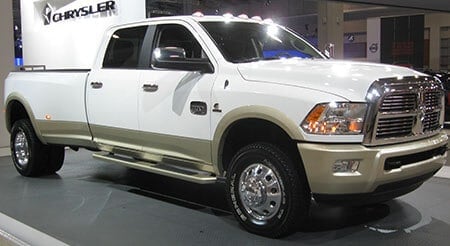 The Ram Dakota, formerly the Dodge Dakota, ceased production in 2011 after 25 years on the road. While it’s sad to see a great pickup end its run, the 2011 Dakota remains one of the best used trucks if you’re looking for an American-made truck under $10,000. While it’s officially considered a mid-size pickup, the Dakota approaches full-size capabilities in power and size. Maybe because of this, it’s a bit of a gas guzzler, getting 15 city / 20 highway mpg.

To get below $10,000, you’ll likely want to pursue a model with the 3.7L V6 engine. With Ram vehicles being named Motor Trend magazine’s Truck of the Year five times, the pedigree has certainly been established for the Dakota.

Another option for a domestic truck under $10K: The 2008 Chevy Silverado, a brawny, full-size pickup with classic good looks. 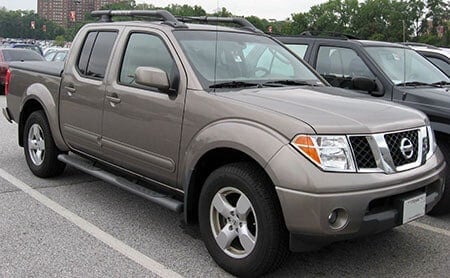 You can pick up the crew-cab version of this popular pickup, an off-roading champ, for under $10,000. The 2007 Frontier’s cabin is nothing fancy, but it’s comfortable. With a V6 engine and a 6,300-pound towing capacity, this truck is up for almost any adventure. Longtime owners praise its low maintenance and reliability, whether they’re hauling a load of mulch or commuting to work. The 2007 Frontier gets about 16 city / 20 highway mpg.

The Most Fuel-Efficient Used Truck Under $10,000 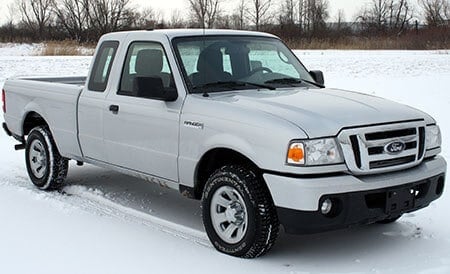 “Fuel-efficient” and “pickup truck” don’t often go hand in hand, but that’s exactly what you get with the 2011 Ford Ranger. Boasting above-average fuel economy — 22 city / 27 highway mpg for the manual-transmission version — the Ranger pays you back over the long haul. This scrappy little truck doesn’t have a lot of bells and whistles, but scores well for reliability and toughness. Sadly, the 2012 Ranger was the last model year to be produced in the United States. (It’s still produced in other countries, however.)

If the Ranger’s a little too bare-bones for you, you have other options for fuel-efficient trucks under $10,000: the 2007 Chevrolet Colorado, the 2007 Nissan Frontier and the 2006 Tacoma all get around 21-23 mpg combined, according to FuelEconomy.gov. 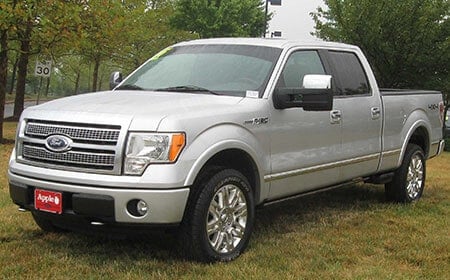 A champion hauler that packs plenty of options, the Ford F-150 has long been the most popular vehicle in America. Its 8-cylinder engine wants and needs to haul something – boats, trailers, trees or campers. “When it comes to technical working capacity, the F-150 can’t be beat: Properly equipped, an F-150 with the 5.4-liter V8 can tow up to 11,300 pounds and carry a 3,030-pound payload,” Edmunds says of the 2010 model. It gets 15 city / 21 highway mpg.

Used-truck buyers know the F-150 is plentiful, proven and easy to find parts for. Because it’s a popular commercial fleet vehicle, the truck’s parts are produced in such high volume that maintenance and repairs costs are a fraction what they are for other trucks. And it also comes in several trim styles, from the ultra-basic XL to the luxe Platinum. When you’re searching for the perfect F-150 under $10,000, identify what matters most to you — lower mileage, a more recent model year, a larger cab or higher-quality trim. As long as you’re willing to compromise, you’re sure to find a winner.

Once you’ve sorted through the best used trucks options and found the best fit for you, keep saving money by comparing insurance quotes on Compare.com. We make it easy to get quotes from several insurers and then compare plans, so you can get the maximum protection for less.