On your quest to find the best deal on a used car, you might have noticed that buying a car in the city is often more expensive than driving into the suburbs to buy the same model. But what if you compare city-to-city? Or even state-to-state? You might be surprised at the variance of prices for used cars across the country. We’ve dug into a recent study by CarGurus.com to examine both the cheapest states to buy a car and the most expensive states to buy a car.

The Cheapest Cities for Used Cars

The difference from the national average of used car sale prices are as follows:

When Buying a Car, Don’t Forget to Compare Insurance Quotes

Why is Miami the cheapest city for used cars?

While the report gives no indication of why Miami used cars are cheaper, one might be able to make inferences based on the rating factors, which are supply and demand of cars, population and competition between car dealerships. Economist William B. Stronge suggests that as Florida’s characteristically older population passes away, cars might be sold out of urgency and less on price.

Reporter Paul Brinkmann believes the lower price tag of used cars in Miami might be caused by the large supply of cars from leasing and rentals, combined with the dense population. Economist Jorge Salazar-Carrillo also cites a case of keeping-up-with-the-Joneses. Perhaps some Floridians care more about making a good impression, so they buy cars more often, creating a larger pre-owned market.

The Most Expensive Cities for Used Cars

Car Gurus found that the West Coast has a stronger concentration of higher used car prices in cities than any other region. The percent difference from the national average for our five most expensive cities are:

Why is Fresno so expensive for used cars? 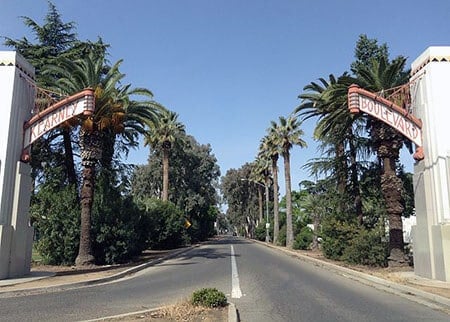 Much like Miami, we don’t have verified reasons as to why Fresno is so expensive, but we do have thoughtful speculation. While Miami’s supply is large and demand is low, Fresno’s used cars supply is low, but the demand is high.

The San Joaquin Valley, which houses most of Fresno, is battling high unemployment rates and damaged credit from foreclosures. Buyers want to find low-cost used cars in Fresno, but people are holding onto cars longer. Add on top that rental car companies are holding onto cars longer because of the recession, there just aren’t that many used cars in Fresno for sale, so prices can be higher.

The drop in new cars prices has meant that it’s now sometimes more cost-effective to buy a new car instead of a used car in Fresno.

Great, I live in an expensive city for used cars. Now what?

If your city happens to be one of the expensive cities for used cars, don’t worry. We’ve got a way to use this information to get a good deal. Take a look at the interactive map and see if you live close to a cheaper city for used cities. While it might not be cost effective to fly from Fresno to Miami to capitalize on the potential saving, if your city is really expensive, but an hour or two to a cheaper city, you might be able to save on the same model.

If you can’t get a better deal by driving to another city, you can still get a used car for a great price by offsetting the cost of your car by lowering your auto insurance. How do you get the lowest price on auto insurance? That’s easy, you compare car insurance prices. We make it fast, just enter your information for accurate, customized quotes from multiple carriers at once. Compare now!