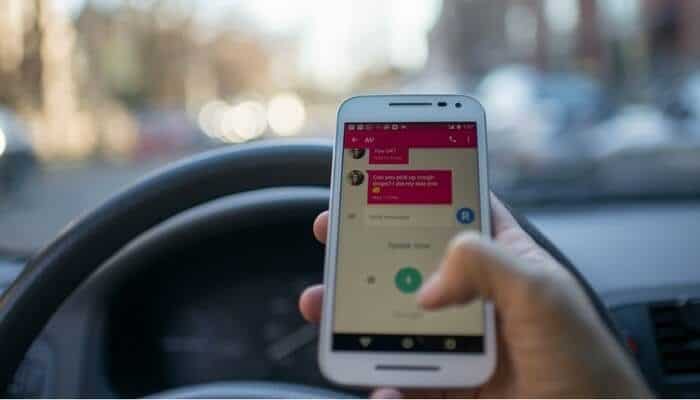 What do California Driving Laws say about Distracted Driving?

With more than 22.6 million licensed drivers in the state of California, driving safety is a very high priority. Distracted driving laws in California have had a tendency to affect laws in other states and for that reason California is a forerunner in navigating the legalities related to cell phone use in cars.

Research has shown that driver distraction or lack of attention plays a role in 25% of all vehicle accidents, but whether use of a cell phone or the actual act of engaging in conversation is the real culprit is still being hotly debated. California driving laws that deal with distracted driving will help bring a resolution to this debate as they are designed to remove the cell phone from the driving experience.

California has a total of four laws regarding the use of cell phones while driving. The first two of these driving laws ban the use of handheld phones (cellular, or old-school hardwired car phones, if you’re cool enough to have one) while driving.

The third law makes it illegal for drivers under the age of 18 to use handheld phones while driving and also prevents them from using hands-free calling devices such as Bluetooth technology or voice and audio headsets. The fourth driving law prohibits California drivers from texting while driving a motor vehicle. Breaking any of these laws is considered a primary offense, which means you can be pulled over for violating these driving laws.

Cell phone use while driving: exceptions to California laws

A cell phone may be used while driving only if: 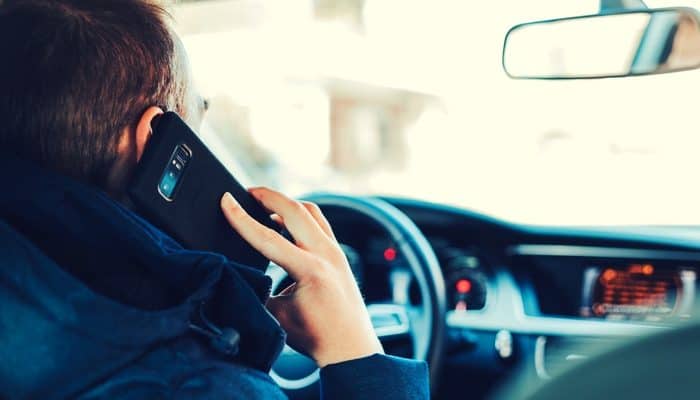 Drivers under the age of 18 are subject to the same rules regarding the use of cell phones, however when it comes to hands-free devices, they are subject to secondary enforcement. That means that an officer cannot pull a driver under the age of 18 over for using a Bluetooth or similar device, but if the officer pulls that driver over for another reason, they can be cited and fined for breaking the law.

It’s also important to note than looking at your phone while driving can also get you in trouble. Whether you’re checking your Google Maps or Apple Maps app or reading a text, you can still get into trouble. So it’s best to just pack your phone away while driving and handle any business you might have after you get out of your car.

A first offense will cost you $75. Second offenses will cost $190. Ouch. Breaking these laws is considered a moving violation and will go on your driving record. California uses a point-based system for driver’s licenses in which acquiring more points on your license can cause your insurance rates to drastically increase and accumulation of too many points can result in a suspended or revoked driver’s license. For more details regarding the points system and your California driver’s license, consult the California DMV website.

What Are The Penalties?

Distracted driving is incredibly unsafe and should be avoided to protect yourself and others. Sometimes that warning isn’t enough. That’s why we want to inform you that being charged with a distracted driving infraction in California can add points to your license and cause you to pay more on your auto insurance payments. If you have too many points on your license, you could have your California driver’s license suspended or revoked.

Long story short: it’s just not worth it. Save your text for after you’ve reached your destination. If it’s that important, find a safe place to pull over and deal with it then. Is your car already a text-free zone? Great. But what about the drivers around you who aren’t as smart? Well, that’s what car insurance is for. Make sure you have a good policy, maybe even one that rewards you for not using your cell phone, and compare prices today for free.