Home Ways To Save Vehicle Driving While High – Is It OK to Drive Under the Influence of Marijuana?

Driving While High – Is It OK to Drive Under the Influence of Marijuana? 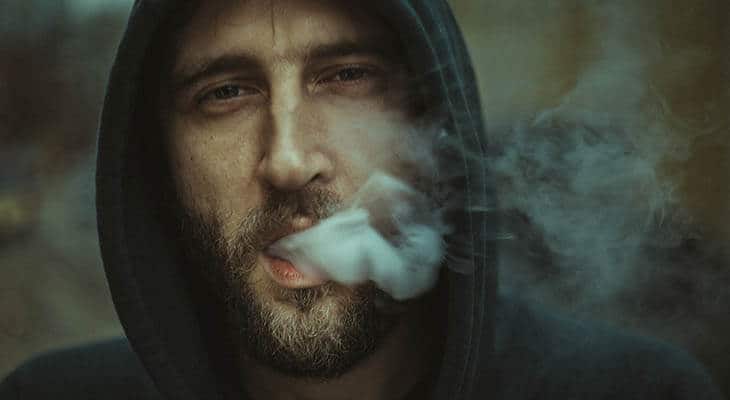 You’re totally baked. Blitzed, burned, faded, lit. But you’ve got to be somewhere in an hour — so is it OK to smoke and drive?

That’s a question more and more people as asking as marijuana becomes decriminalized/legalized, state by state. The short answer: No. It’s never OK to drive when you’re high, and it’s illegal.

However, the laws are complicated, and not everyone agrees about how bad driving while high really is. We’ve done our best to clear the smoke and find some real answers.

You betcha. Driving under the influence refers not only to alcohol intoxication, but to any substance — including marijuana — that impairs your ability to drive. You can be charged with a DUI for driving high even if you live in a state where medical or recreational marijuana use is legal.

The requirements vary by state, however. In Arizona, for instance, medical marijuana users can’t be convicted of a marijuana DUI unless prosecutors can prove that they were actually impaired while driving. This “under the influence” standard is shared by many other states. Other states have something called “per se drugged driving” laws, which say that you can be convicted of drugged driving if you have any detectable amount of marijuana in your system. Look at this map to find out what the laws are in your state.

How do police know if you’re driving while high? 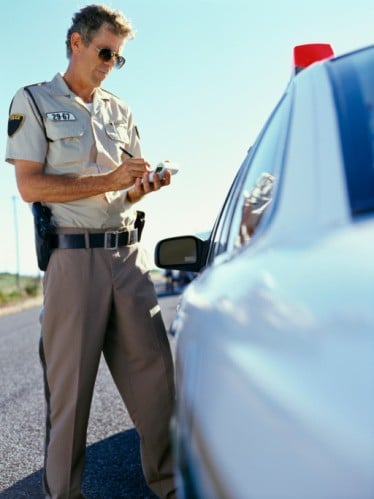 This is a tricky one. Unless there’s a bong in the back seat, police have a hard time discerning if you’re driving under the influence of marijuana. The tests used to identify drunk drivers — like the heel-toe walk and standing on one leg — only catch 30 percent of high drivers, one study found. Novice pot smokers tend to do worse on those tests, while chronic users may ace them.

What about a blood test? That doesn’t work so well either, because THC (the psychoactive ingredient in marijuana) is stored in fat cells and is metabolized differently than alcohol. In the body of an occasional smoker, THC clears from the bloodstream in a few hours. Heavy smokers, however, have near-constant detectable levels of THC in their blood, even if it’s been days since they last smoked. So an occasional user may be driving while high but have no detectable THC; but a heavy user could fail a blood test even if she’s not the least bit high. Hmm. The upshot is, there’s no perfect way to assess who, in fact, deserves a marijuana DUI.

Is driving while high really dangerous?

You may have a friend who proudly claims that he’s a much better driver when he’s high  — like this guy, who told a Richmond news station, “I become the car. I can feel the road. I’m doing the speed limit. I may do five miles over and just cruise the whole way.”

Don’t believe him. “Marijuana significantly impairs judgment, motor coordination, and reaction time,” according to the National Institute on Drug Abuse. 55 percent of marijuana users surveyed in Colorado believe it’s safe to drive under the influence, yet more than 17 percent of all DUI arrests in Colorado are due to marijuana. In Washington state, fatal crashes involving stoned drivers more than doubled in 2014, after marijuana was decriminalized.

Is it worse to drive drunk or stoned?

It is true that driving while high is less dangerous than drunk driving. A drunk driver is 10 times more likely to cause a fatal accident than a stoned one, crash data has found. But “less dangerous” doesn’t mean safe. It just means that pot affects drivers differently than alcohol does.

“Pot makes drivers worse at mindless tasks like staying in a lane, while alcohol undermines behaviors that require more attention like yielding to pedestrians or taking note of stop signs,” Slate explains. Stoned drivers also tend to drive more slowly and cautiously. But combine alcohol and weed, and you create a monster: a driver who’s reckless, drives too fast, can’t stay in their lane and, worst of all, is unaware they’re impaired.

In short: Be safe, be smart, and avoid driving while high. Call an Uber, Lyft or cab instead.