Home Ways To Save Vehicle Long-Distance Rideshare: How Far Can You Go?

Long-Distance Rideshare: How Far Can You Go? 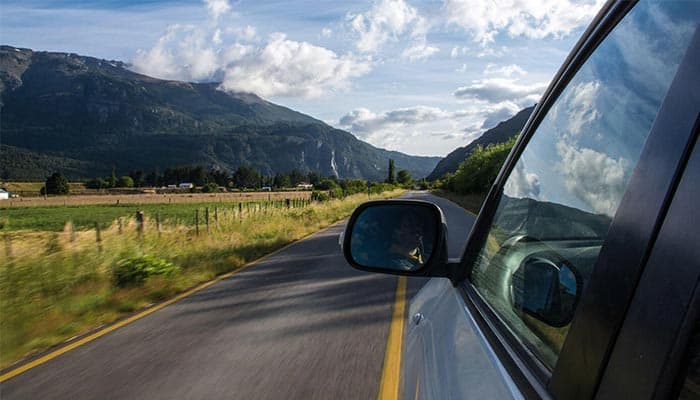 In June 2017, Buffalo Bills player Shareece Wright hailed an Uber from O’Hare International Airport in Chicago. He had an unusual request — he needed the driver to take him to Buffalo, New York, which was 530 miles away.

Wright had missed his connecting flight to Buffalo, where he was supposed to begin the first day of offseason practice at 7 a.m. The first two drivers he hailed said “no way” to a long-distance Uber drive. The third, Hadi Abdollahian, said he’d be happy to make the drive.

CNN tells the heartwarming story: Wright and Abdollahian, an Iranian refugee, spent the eight-hour drive sharing stories. Wright made it to Buffalo with minutes to spare, and the NFL player tipped Abdollahian $300 on a fare of $632.08. Later, a company named Bluerock Energy gave Wright a $932.08 check to reimburse him, which Wright passed along to Abdollahian. All in all, a good night’s work.

A long-distance Uber drive: Is it worth it?

If you take the generous celebrity out of the equation, would it be worth it to a driver to accept a 1,060-mile round trip?

The first thing to consider for a rideshare long-distance is the cost of gas. Abdollahian drove a Nissan Altima, and we’ll assume it’s a 2017 model that gets 39 mpg on the highway. That’s 27.2 gallons for the trip. With the average gas price in June 2017 standing at $2.35 per gallon, fuel costs would have been around $64.

The second thing to consider is the commission Uber deducts. While in reality, Uber’s booking fees can consume 39 percent of fares, we’ll stick with the advertised 25 percent commission. Subtract the $158 commission and the gas costs, and the driver gets $410.

The best ways to do a long-distance rideshare

Taking an Uber from Chicago to Buffalo isn’t the cheapest or fastest option for a traveler. One-way flights can be less than $100. The Greyhound bus is about the same price and more environmentally friendly (although it takes 13 hours).

But sometimes, as in Wright’s case, you just have to do a rideshare long-distance to get where you need to go. So what’s the best way to do it?

There’s no official long-distance Uber policy. The company just asks riders to call their driver and notify them of their destination in advance.  Lyft has a maximum fare, which varies by city (in San Francisco, it’s $400). But Uber and Lyft aren’t your only option for taking a rideshare long-distance.

The upshot is this: If you need a long-distance rideshare, you have a lot of options. If you choose Uber or Lyft, follow Wright’s lead and tip your driver well. And if you end up driving yourself, make sure your car insurance will protect you. Get cheap quotes from multiple insurers today!