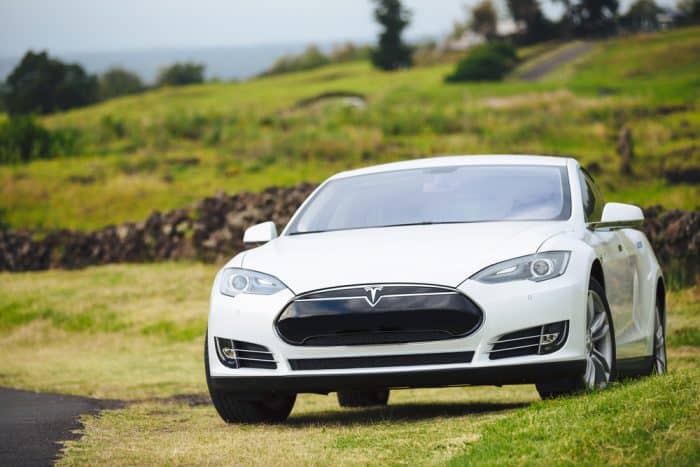 Tesla Motors has been one of the most exciting automotive companies to emerge in recent years. Tesla has single-handedly launched electric cars from fantasy to reality. Its flagship car has rocketed to the top of reviewer’s end of year lists and the company has become a model of modern American engineering. Following a decade that saw American auto manufacturers suffering financial crises, Tesla Motors has re-established that the American automotive industry is far from dead. That’s some high praise, we know, but let’s take a look at what sets Tesla apart from other car manufacturers and reveal just why they’ve earned the top spot on just about everyone’s list.

About the Tesla Model S

The Tesla Model S, first showcased in 2009 and finally released in the United States in 2012, was built in what was once the NUMMI plant, in Fremont, California. NUMMI, a groundbreaking joint venture between General Motors and Toyota, was an initiative to import more efficient, higher-quality manufacturing methods into the United States, and is largely responsible for the slow but steady resurgence of American car manufacturing.

Powered by a either a 60 or an 85 kW-h Lithium ion battery pack located underneath the car chassis, the 60 Kw-h model provides a 230 mile range while the 85 kW-h model offers a maximum 300 miles. Recharging can happen either via the standard onboard charger, which recharges at 5 miles per hour, or via Tesla’s own High Power Wall Connector, which restores 62 miles per hour of charging. Tesla has made available a number of Supercharging stations all over the country, capable of extremely fast recharging. Free to Tesla customers (though those with ‘standard’ 60Kw-H batteries will need to pay for an additional one-time upgrade costing $2500), these stations can recharge the entire battery in under an hour, providing up to 300 miles of driving range. There are 79 Supercharging stations at present, located near roadside cafes and shopping malls off of major highways.

Last year, Tesla announced plans to build battery swapping into its supercharging stations, allowing users to drive off with a full charge in less than 90 seconds. Tesla plans to charge $60-$80 for this service, equivalent to the price of 15 gallons of gasoline.

Previous electric cars were badly underpowered – capable only of low speeds and agonizingly slow climbs uphill. The Tesla Model S changed that. The Model S is capable of an astounding 325 pounds per foot of torque. By contrast, the 2013 Dodge Challenger is capable of only 268 lb-ft of torque, even with its vaunted HEMI V8 engine.

The Model S is radically different from gas-guzzling cars – and takes full advantage of it. Without the constraints of an internal combustion engine, Tesla was able significantly lower the car’s center of gravity, resulting in much tighter cornering and more responsive control.

On its face, an electric car would have much less environmental impact than a gas-guzzler. However, the story is a bit more complicated than you might think.

The first factor to consider is the electric batteries. Made of Lithium Ion, they create a fairly significant amount of pollution to produce, and rely on an especially finite element, Lithium. However, this is a consideration with all car manufacturing, and while a Tesla’s production impact would probably be greater than other cars, the exact difference is open to debate.