Home About Us Press Compare.com Wins Silver in Best in Biz Awards 2016 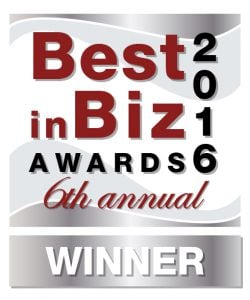 Compare.com was awarded Silver as the Consumer Service of the Year by the Best in Biz Awards 2016.

RICHMOND, Va. – December 12, 2016 – Compare.com has been named a silver winner in Consumer Service of the Year in Best in Biz Awards, the only independent business awards program judged by members of the press and industry analysts.

Compare.com is the leading car insurance comparison company in the United States, with over 100 insurance brands integrated on their website. Earlier this year, Compare.com also announced that they are now offering auto and home bundled policies on their site in four states, with plans to expand over the next year. Compare.com makes shopping for car insurance easy. Users may fill out their information once and receive multiple, customized rates back from leading insurers.  The rates returned are locked-in and may be purchased directly through the insurance provider.

“Our company was founded on one simple goal, which is to make shopping for car insurance easier,” said Compare.com Head of People Services Dawn Davis. “Being recognized as a leading consumer service in 2016 is an honor, and a testament to our team’s relentless dedication to make our site better and continuously adding more insurance options to compare. We are honored to be named among so many other innovative companies by the Best in Biz.”

For a full list of gold, silver and bronze winners in Best in Biz Awards 2016, visit: http://www.bestinbizawards.com/2016-winners.

Compare.com is a limited liability corporation headquartered in Richmond, VA, majority owned by the Admiral Group, LLC, the UK’s second largest auto insurer and a member of the FTSE 100. Currently offering car insurance comparison services for US consumers in 49 states, Compare.com allows consumers to fill out a single form and get multiple quotes from trusted auto insurers. Through simple side-by-side comparison, Compare.com makes finding the best available rates on car insurance easy.