Texting & Driving Laws: Is it Illegal in Your State? 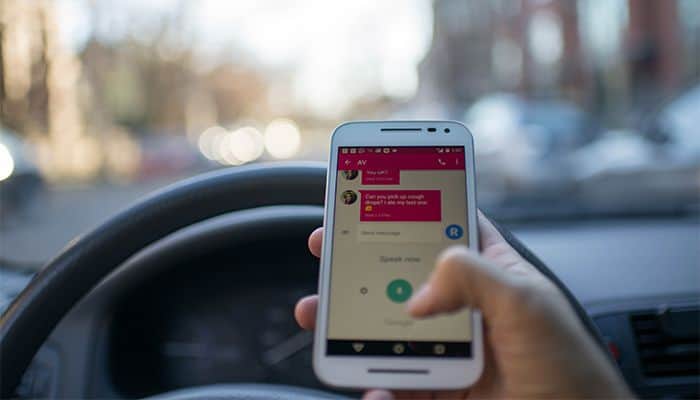 Texting and driving laws vary dramatically from state to state and case to case. So, what’s the deal? Are new laws preventing texting and driving accidents, or are they pointless? We thought we’d find out how effective these laws and penalties really are.

Did you know: “By taking your eyes off the road for 2 seconds while traveling 65 m.p.h., you will have covered the distance of a little over half a football field. This is the truth. Do the math.”

Which States Ban Texting and Driving?

Everyone. Drivers under the age of 20 have the highest proportion of distraction-related fatal crashes, the CDC says, but they’re not the only ones at fault. A survey by AT&T found that more adults than teens — 49 percent vs. 43 percent — admit they text and drive.

As of 2019, most states have a ban on texting and driving. According to the Insurance Institute for Highway Safety, 47 states plus Washington D.C. ban text messaging for all drivers. All but four states have primary enforcement, which means the police can pull you over for texting alone — they don’t need another reason, like speeding or not wearing a seatbelt.

Many states are now even banning hand-held use of cell phones and electronic devices altogether. Lawmakers hope that these cell phone laws will cut down on the 391,000 injuries and 3,477 deaths caused each year by distracted driving. While Maryland moves in the right direction to ensure driver safety, there are still three states who have not even banned texting and driving yet. Come on Arizona, Missouri, and Montana!

What Are The Penalties & Fees?

A law is only as strong as the penalty for breaking it. If you get caught texting and driving, the consequences vary dramatically depending on your state. In California, for instance, it’s no big deal. The base fine for texting while driving is $20 for the first offense and $50 for each subsequent offense.

Keep in mind that getting charged with texting and driving can also raise your car insurance rates if your state assigns points for a conviction. And if you cause an accident, expect your insurance to go way, way up. Some auto insurance companies, like Allstate, may even start using data collected by your phone while you’re driving to see if you are, in fact, texting and driving. With the use of your smartphone’s gyroscope and accelerometer, they can decipher if you are using your phone when driving. This data can be used to either increase your rates or reward you if you just put the phone down.

The answer is yes, a group of researchers found out: Having some kind of texting law was linked to a 2.3 percent decrease in overall traffic fatalities for all drivers. They also discovered that…

How to Stop Texting and Driving

You know it’s wrong. You know it’s dangerous. And it’s also illegal in most states. So why is it so hard to stop? While it may seem simple to stop, resisting the urge to pick up the phone can be hard. Here are 3 tips that might help.

Texting and driving is an ongoing problem and states are looking to stamp it out as quickly as they can because, despite how harmless you may think it is, it’s becoming as serious as drunk driving in terms of being a threat to the wellbeing of the general public. Learn the laws and obey them–for your safety and for the safety of others.

Texting and Driving Laws by State