Average Cost of Diabetes With and Without Insurance 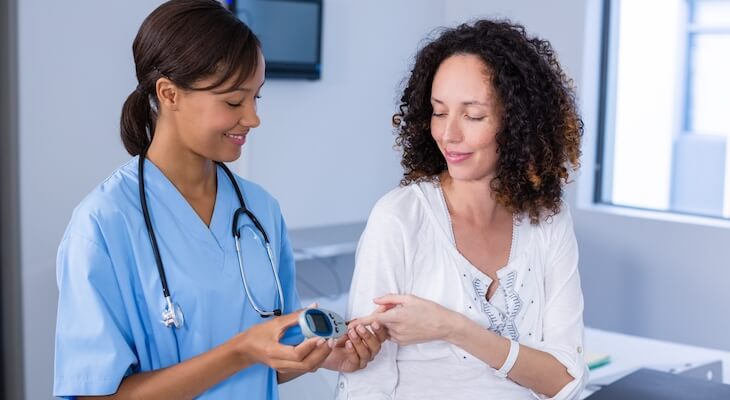 As of this writing, 34.2 million Americans have diabetes. That figure represents approximately 10% of the entire U.S. population. Not surprisingly, the economic costs of diabetes are a huge economic burden on the health care system in the United States.

The most recent data from the American Diabetes Association estimates that those who have the disease spend approximately $327 billion a year on health care costs associated with diabetes treatments, a national average of $10,877 per patient. In fact, one in seven health care dollars spent in the United States goes to diabetes treatment. These high costs are directly related to disproportionately high prescription drug prices in the United States.

In this article, we’ll sketch out the basic medical costs associated with diabetes care and outline how expensive the disease is for diabetes patients with and without health insurance. We’ll also illustrate some ways patients can reduce the annual cost of their diabetes care.

Diabetes, technically known as diabetes mellitus, is a chronic condition that affects how the body transforms food into energy through the regulation of insulin. Insulin is a hormone created by the pancreas that controls the amount of glucose in the bloodstream and regulates the metabolism of carbohydrates, fats, and proteins.

While Type 1 diabetes is believed to be caused by problems in the body’s autoimmune system, Type 2 or “adult onset” diabetes has many obvious risk factors. These factors include obesity, a sedentary lifestyle, being 45 or older, and having a family history of the condition.

Here’s a bit more information about the two major types of diabetes from the Centers for Disease Control and Prevention (CDC):

The immediate costs of living with diabetes include the price of various medical supplies, routine doctor’s visits, as well as the cost of prescription medications taken to deal with the condition. Hospital visits may also be necessary if self-management is unable to rein in the condition.

Patients with health insurance usually pay a copay between $10 and $50 per month ($120 to $600 annually) for prescriptions related to diabetes management. The most commonly prescribed drug for diabetes management is Metformin. Metformin raises the body’s response to insulin and decreases the amount of sugar absorbed from food. A diabetic who takes two more drugs to manage their diabetes may pay upwards to $200 per month or $2,400 per year for medication with health insurance.

Diabetic patients with insurance coverage pay between $20 and $80 on average for blood glucose meters so they can monitor their insulin levels.

Insulin pumps, which moderate the amount of insulin in the body, are a key tool in diabetes management. They can cost up to $6,500 without insurance, but patients with insurance sometimes have the cost covered. Insured patients also may also pay as little as $5 to half the total price of the pump depending on their plan.

As with many chronic health conditions, patients without health insurance can sometimes save money on the high costs of diabetes care by opting for generic versions of medications over brand-name ones.

Patients with Medicare are covered for anti-diabetic drugs to maintain healthy blood sugar levels. They pay either a coinsurance fee or copayment. Depending on their type of medicare coverage, a deductible may also apply.

Insulin Prices in the United States

Regardless of whether or not you have health insurance, the cost of insulin in the United States is nearly eight times higher than in the rest of the world. A vial of insulin costs between $175 and $300 in the United States. Most patients with diabetes need two to three vials per month to treat their condition, and some patients require even more.

While the average retail drug prices of traditional short- and intermediate-acting insulin medications like Novolin and Humulin have held steady, the list price of long-acting insulins continues to rise. Recently approved generic drugs like insulin lispro and insulin aspart have provided more affordable options for some patients.

Patients who take advantage of rebates and discounts offered by insulin manufacturers can down the price of their meds by as much as 50%. But even with this discount, the prices paid by U.S. consumers are likely to be four times the average paid in other high-income nations.

As of this writing, there are only three insulin manufacturers serving the U.S. market: Eli Lilly, Novo Nordisk, and Sanofi. While the need for insulin has increased dramatically over the last 15 years, these three drugmakers have continued with price increases, citing problems in the supply chain.

Unlike in many other countries, the United States Food and Drug Administration (FDA) cannot dictate what pharmaceutical companies charge for insulin products or other drugs.

For the many millions of people in the United States who are living with diabetes, including those with Type 1 diabetes, insulin is a life-saving drug that must be taken to control blood sugar.

As of December 2021, health associations like The Endocrine Society have urged the United States Senate to protect the insulin affordability provisions included in legislation such as the proposed Build Back Better Act. As of this writing, however, there are no federal patient assistance programs aimed at helping diabetics in the United States combat the high prices of insulin. 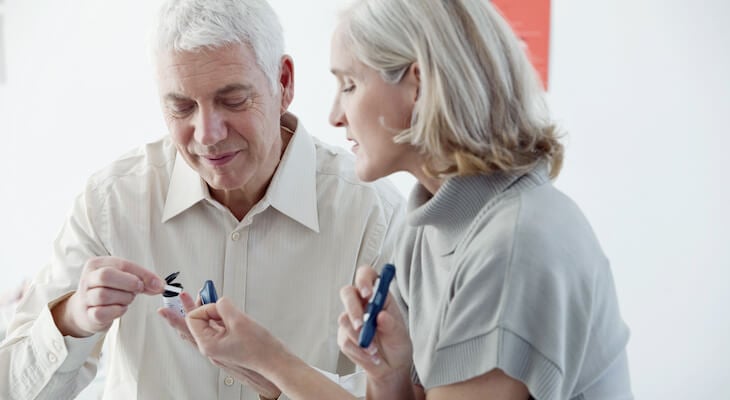 The total costs of diabetes aren’t just related to care. The burden of diabetes on the adult population of the United States leads to a wide variety of expenses that hamper society as a whole. This is why medical researchers consider the prevalence of diabetes to be a major public health problem.

Indirect costs associated with diabetes in the working population include increased absenteeism from work, as well as reduced productivity while at work. Additional indirect costs on the economy include those who are unable to work because of diabetes-related disability, as well as lost productivity due to premature deaths attributed to the condition.

Both treated and untreated diabetes can lead to other chronic conditions like heart disease and kidney disease. In fact, cardiovascular disease in particular is the leading cause of death in adults with diabetes. As such, the complications of diabetes can lead to more expansive and costlier health problems.

Ways to Reduce the Cost of Diabetes

The most cost-effective way to reduce the direct medical costs associated with diabetes is to combat the condition at its early phases, when it is in the form of a condition known as prediabetes.

Patients with prediabetes have blood sugar levels that are higher than normal, but not high enough yet to be officially diagnosed as Type 2 diabetes. According to the CDC, around 88 million American adults — more than 1 in 3 — have prediabetes. Yet of those with prediabetes, more than 84% don’t know they have it.

Some warning signs of prediabetes include:

A prediabetes diagnosis is a crucial step in diabetes prevention that many people fail to recognize. People experiencing symptoms of prediabetes or those who have a history of Type 2 diabetes in their family are encouraged to get screened for the disorder. An early diabetes diagnosis can go a long way into reducing the expense of health services related to living as a Type 2 diabetic.

Prevent Diabetes Before it Starts

Whether you are currently covered under a health insurance plan or don’t have health insurance, scheduling an appointment with your primary care provider is the best way to understand if you are at risk for Type 2 diabetes.

Compare.com’s wide library of articles focused on health care savings offers tips like saving money on check ups or doctor’s appointments if you are uninsured. In addition, we also offer advice on how self-employed professionals can get affordable health insurance coverage. Early diagnosis of diabetes won’t just benefit your health, but save you a considerable amount of time and money on future health problems caused by the condition.

Interested in what the cost of a diabetes screen or other diabetes-related procedure is near you? Use Compare.com’s medical cost comparison tool to save on your next doctor or health care provider visit.

Compare Procedure Costs Near You