Safe Six: The Safest Cars You Won’t Be Embarrassed to Drive

Not all that long ago, the safest cars were also the ugliest. We’re talking squat-looking minivans, boxy station wagons and lumbering SUVs. But as car safety technology has advanced, it has become possible to build a car that protects its occupants while boasting a sleek and stylish exterior.

To come up with this list, we looked at the vehicles that the Insurance Institute for Highway Safety (IIHS) rated as Top Safety Picks or Top Safety Picks+. This designation means a vehicle performed well in the IIHS’s tests for front and side crashes, roof strength, restraints and headlights.

There’s no shortage of options either. For the 2017 model year, the IIHS named a record 82 vehicles as being Top Safety Picks.

Here are the six safest cars, from compact to full-size, that are also good-looking.

The humble Honda Civic used to be everyone’s favorite beater car. Now it’s all grown up, with chiseled cheekbones, a long body and elegant curves. We like the little touches like the C-shaped taillights, the futuristic-yet-simple instrument panel display and groovy blue interior lights. The Civic looks much more expensive than it is (around $18,700 base price). In addition to its great performance in crash tests, the Civic has an optional Honda Sensing package with advanced safety technology. 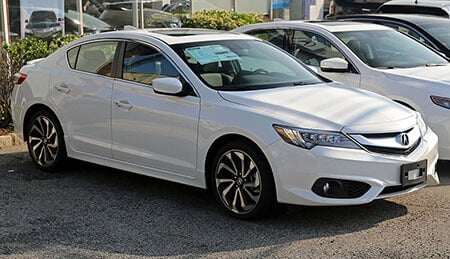 The ILX is a compact sports sedan that stands out with its shark-nosed face and new Jewel Eye headlights, which each have five LEDs that produce intense, focused beams of light. The Acura ILX gets surprisingly high safety marks for a little sports car. The optional AcuraWatch Plus package adds a slew of high-tech safety features for just $1,300. Some of the features are collision mitigation braking system with a forward collision warning, adaptive cruise control, lane keeping assist and road departure mitigation with lane departure warning. In other words, the ILX is smart as well as safe and stylish. 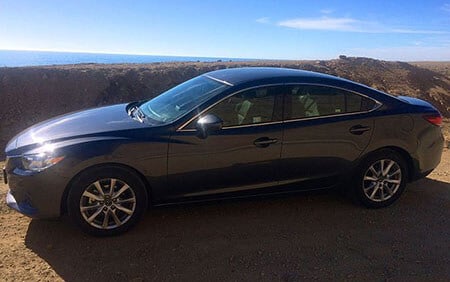 Mazda calls its design aesthetic “kodo.” Kodo, it says, “exudes the power and elegance of a wild animal in the instant before it pounces on its prey.”  Hmm. We don’t quite see it, but there’s something undeniably appealing about the Mazda6.

Car and Driver says it looks “sportier and sexier than a mainstream family sedan has any right to.” It’s one of the safest midsize cars out there, with a Top Safety Pick+ rating for 2017. One innovative feature is Smart City Brake Support, which at low speeds, helps detect objects ahead and prepares to brake suddenly by moving brake pads closer to the disc.

Is the Nissan Maxima a family car, a luxury car, or a sports car, or all of the above? No one seems to be sure. But whether the Maxima is speeding down mountain roads or cruising through the drive-thru, it looks good doing it. The Maxima has athletic and exciting style. We like the signature line that sweeps from the headlights all the way to the back. Plus, the Maxima has a sporty interior, too. The SR Midnight Edition is especially alluring, with its all-black interior, black alloy wheels and black spoiler. A Top Safety Pick+ with standard forward collision warning and automatic emergency braking, the Maxima is one of the safest cars out there. 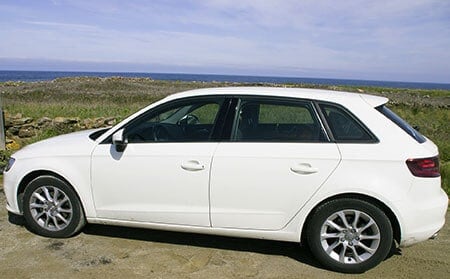 Audis, as a rule, are head-turning cars, and the entry-level A3 is no exception. The large, single-frame grille, angular headlights and dual exhaust pipes give the A3 an aggressive look. A Top Safety Pick+, it comes with a ton of standard safety features, including a rearview camera, stability control, traction control, Pre Sense Front (a radar-based system with forward collision warning and automatic emergency braking) and Pre Sense Basic, which automatically tightens your seat belt and closes the windows if a crash is imminent. 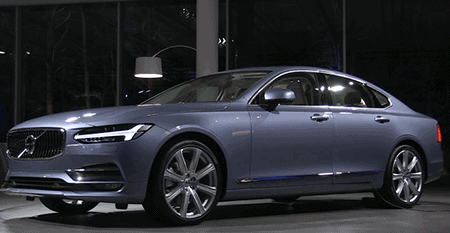 Volvo’s not shy about praising the S90’s looks. “The S90’s elegant design embodies what success looks like,” the carmaker says. One thing’s for sure: The Volvo S90 ain’t your mom’s wagon, although it does sport the classic diagonal-line grille. It has an elegant, clean design, both inside and out. The interior is fitted with Nappa leather and polished wood.

And, of course, it’s one of the safest cars out there. One unusual feature is Volvo’s Large Animal Detection technology, which senses animals like deer in the road and stops the car. Techcrunch tested it on an inflatable T-Rex. Lo and behold, it worked.

Once you find your perfect blend of safety and style, make sure you get the perfect car insurance too. Get multiple free quotes in minutes on Compare.com, then pick the right insurance for you.