The History of Car Insurance

The history of automobile insurance predates the automobile itself: the idea of insurance has been around far longer than the car.  It all began – as so many American things did – with Benjamin Franklin, who in 1751 got a group of men together in Philadelphia and had them pay into a pot.  The pot would be used if one of their houses or businesses caught on fire.  The idea was a sound one, and in that first year, 143 policies were written.  As more people started owning property, more people wanted their property insured.  And with the advent of the dangerous and expensive automobile, the need for automobile insurance became immediately apparent.

The world’s first car insurance policy was written in 1897 by Travellers.  The policy was written to a man named Gilbert Loomis, a resident of Dayton, Ohio. Farther behind were licensing laws, which didn’t start showing up on the books until 1903.  Presumably, the process of getting insurance was simpler back in those days – nobody had to worry about details like driver’s license number or state minimums.

Since that first policy for Mr. Loomis, the auto insurance train hasn’t slowed one bit.  These days, you can get insurance on everything from your car to your house to your pets, for every eventuality from accident to vandalism to volcano. It isn’t unusual to see insurance carriers writing more than a million policies in a given year, and the auto insurance industry’s advertising budget rounds out at about six billion dollars a year. 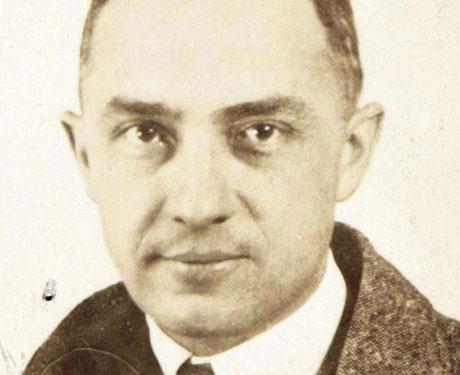 As Told by William Carlos Williams

so much depends
upon 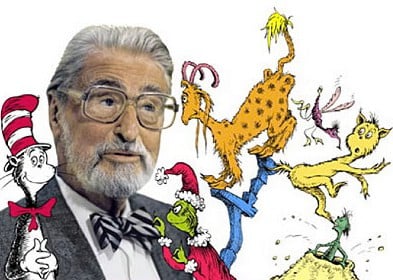 As Told by Theodore Geissel

I want my building fire-poof
I want it safe from floor to roof
I want to be paid if it burns
On my investment, good returns.

So let’s all pay into the pot;
Yes, let’s all pay! It’s not a lot.
And if we pay, and things get burned,
We get our buy-in all returned.

And now these days the pot’s still there,
But lots of pots, and everywhere,
Because there’s more to worry you
Than if your house will burn straight through.

So we all pay into this giant pot,
From a small start to what we’ve got:
An industry for all your needs,
And adverts that your money feeds. 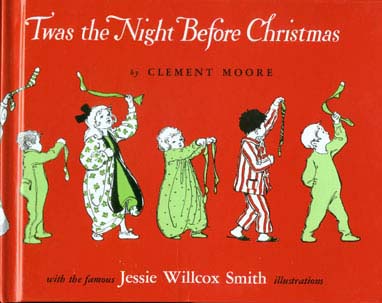 As Told by Clement Clark Moore

Twas the night before expiration, and all through the house,
Were the sounds my swearing; I just scared a mouse
Back into his hole where I sure hoped he’d stay;
I need car insurance, and I need it today.

The children were nestled all snug in their beds;
No visions of deductibles danced in their heads.
With ma in her nightgown, snuggled in for her naps,
She’d kill me tomorrow if I let this thing lapse.

When out on the lawn, there arose such a clatter;
I jumped to my feet to see what was the matter.
Away to the window; were we being robbed?
We’d never got coverage, I practically sobbed.

The moon in the sky was big, round, and bright;
No vandals or hooligans anywhere in my sight.
Then what to my wondering eyes did appear,
But a miniature SUV and eight tiny…is that a camel?

With a little green driver, so tiny and spry,
I had no idea that mascots could fly.
More rapid than bills, the mascots they came,
As he spoke in that accent: he called them by name.

“On Mayhem! On Maxwell! On General! On Flo!
On Those Guys With the Banjos! The Cavemen! Let’s go!”
To the top of my porch! They were up on my wall!
It’s really old mortar; it’s starting to fall!

As leaves that before the wild hurricane fly,
And lose all their footing, mount to the sky:
So up to the housetop, the mascots they flew!
All of those weird people, and that damn gecko too.

And then, in a twinkling, I felt my heart sink –
Some tiles are loose, I had no time to think:
“Get off of my roof!” I shouted, irate.
“My insurance policy expires on this very date!”

I ran back inside, away from the madness;
But they followed me in, ignorant of my sadness.
The Gecko was smaller than I’d ever expected;
Tiny but stubborn; he’d not be rejected.

His eyes- how they twinkled! So bright and so merry!
The others stood awkwardly; those cavemen were hairy.
The Gecko, he smiled, and I stifled a scream –
This was just too surreal, please say it’s a dream.

The rest were all quiet, all quite well-behaved,
But chattering loudly about money they’d saved,
With this plan or that, and I watched, so confused,
But they all kept naming this website they’d used.

The Gecko said nothing, but went to his work:
He pulled up a website, then turned with a jerk.
The others, still awkward; it was a tight squeeze.
I saw my browser load Compare.com with ease.

And then they were gone, as quick as they’d come,
I saw on my laptop, my work was nearly done.
And I heard him exclaim as they took to the air,
“Don’t you dare pay too much! Be sure to compare!”