Protecting yourself in the event of damage, loss, illness or death is what insurance is for. As an adult, you most likely have several types of insurance: car, life, homeowners, etc. If your house catches on fire or you get into an auto accident, you file a claim to receive compensation for replacing or fixing what you’ve insured.

However, insurance goes far beyond auto, home and life. When it comes to claims, there have been more than a handful of offbeat occurrences.

Here are the top 10 weirdest insurance claims and policies to date.

1. The farmer who lost his phone in an unlikely place

A livestock farmer in Devon, UK filed an insurance claim on his iPhone, which he lost one dark and stormy night helping one of his livestock give birth. He claimed the phone disappeared in the cow. The insurance company paid out the claim in full. 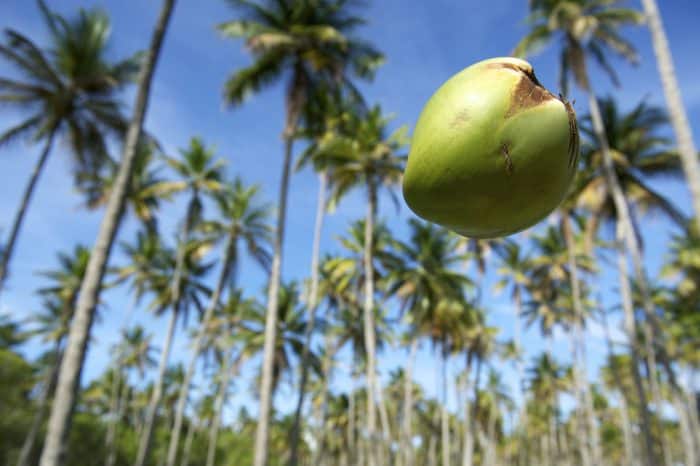 Did you know that falling coconuts kill 150 people worldwide a year? That fact was the basis for the Travel Agency Club Direct to include injuries by falling coconuts in their insurance policies. While there are no reports that anyone has filed a claim through Club Direct related to coconut injuries, there was a case dealing with a coconut and payout in Hawaii. A police officer was struck in the head by a falling coconut while removing fronds from a public sidewalk. The officer was awarded $39,000.

How much do you think your chest hair is worth? If you’re singer Tom Jones, the answer is $7,000,000. Believe it or not, Lloyds of London agreed to issue an insurance policy to cover Tom Jones’ chest hair.

4. Can you taste the payout?

If you’re a food critic, your taste buds are crucial to your livelihood. Food Critic Egon Ronay decided his taste buds were not to be taken lightly, so he insured them for an incredible $393,000.

Losing your baggage while traveling is not uncommon, which is where Travel Insurance comes in handy. But what exactly do insurance companies consider baggage? One man filed a lost baggage claim to his travel insurers over lost dentures. How did he lose his dentures? They fell out while vomiting over the side of the cruise ship while on vacation. Lucky for him, his insurer complied.

6. In the event of an abduction

Do you believe in aliens? Have a fear of extraterrestrial activity? You’re in luck. Alien Abduction Insurance can be purchased from the St. Lawrence Agency in Altamonte Springs, Florida. In the event of an alien abduction, if you can prove you’ve been abducted, the company will pay you $1/year until death or for 1 million years.

7. Do you insure your promotions?

Some companies do. A jewelry company in North Carolina offered to refund $500,000 in sales if the city got more than three inches of snow on Christmas Day. Good thing they got insurance, as Wilmington, N.C. saw eight inches.

In the event that you conceive more than the one baby you planned, Lloyds of London can help you out. It’s called Multiple Birth Insurance, and it covers the financial impact of more than one baby. One couple collected after having twins, purchased the insurance again and ended up having another set of twins.

Most people have homeowners insurance to cover things like house fires or robberies, but what if your burglar suffers from mental anguish due to a faulty garage door opener? This happened to one couple who went away on vacation for a week. While on vacation a burglar robbed their home and tried escaping through the garage. The burglar ended up locking himself in their garage because the garage door opener wouldn’t work. He was trapped there for a week and forced to dine on dog food and soda – the only edible items he could find. The burglar escaped when the family came home and promptly filed an insurance claim against the owner for mental anguish. He was awarded $1 million.