Home Electric Cars Guides How Much to Lease a Tesla: Model S, X, Y, and 3 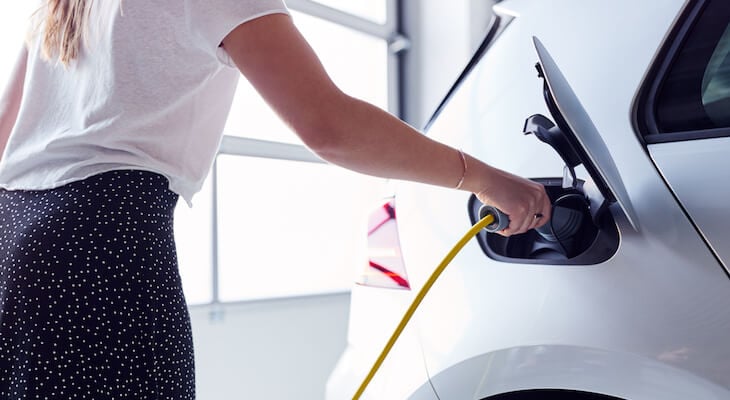 Teslas are some of the most popular electric cars on the market, but that doesn’t make it any easier to decide on the best way to drive one home. Is it more affordable to lease or buy a Tesla? Purchase a new or used Tesla?

Since the only way to buy a new Tesla is to order it directly from the manufacturer, you’ll most likely be using Tesla’s financing and leasing calculator to estimate your costs.

For the most part, you can expect leasing a Tesla to result in lower monthly payments than taking out a loan, but both options require a down payment.

And of course, your monthly payments will depend on which Tesla model you choose, since they each have a different starting price and trim options.

Let’s take a look at how much it costs to lease a Tesla directly, as well as what to keep in mind when deciding whether to lease or buy an electric vehicle.

How Much Does It Cost to Lease a Tesla?

Before you can do the math to figure out how much it costs to lease a Tesla, you’ll need to decide which model you want and compare your leasing options.

If you want access to Tesla’s Full Self-Driving Capability, you’ll have to add an additional $10,000 to the sticker price, although basic Autopilot features come standard.

How Do You Lease a Tesla?

There are two ways to lease a Tesla direct from the manufacturer. The first is to design it yourself. This allows you to choose all of the features you want, including the interior and exterior color, or the seating configuration on the Model X and Model Y.

The downside to this option is that you’ll have to wait for it. Current delivery estimates for some models are as early as two months to as many as six.

The other option is to browse Tesla’s existing inventory. This will show you which cars are currently available, including both new and used vehicles, but only new Teslas can be leased directly from the manufacturer.

You won’t be able to customize them, but if you find a car with the specs you want, you can get it much faster than by designing one from scratch.

Where Can You Lease a Tesla?

Since Tesla will deliver the car directly to you, you don’t have to worry about picking it up from a dealership. That said, there are a few key considerations that make it more practical to lease a Tesla in some states than others.

The first is showrooms. Chances are you’ll want to take your Tesla for a test drive, so you’ll probably want to look for a Tesla store or gallery near you.

The second is charging stations. Although Tesla’s Supercharger network is among the largest EV charging networks, some regions have more coverage than others.

And the third is simply where Tesla leases are available. Unfortunately, Tesla still isn’t allowed to sell or lease in some states due to dealer franchise laws. Teslas aren’t available to lease in Delaware, Michigan, Wisconsin, Kentucky, New Hampshire, Nebraska, Mississippi, and Oklahoma.

How Much to Lease a Tesla By Model 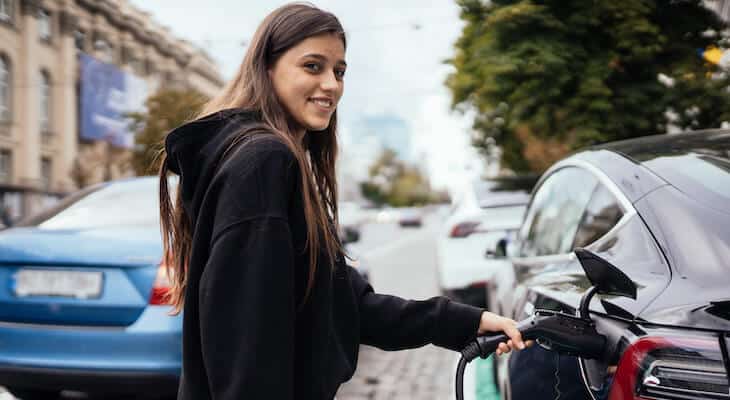 If you live in a state where Teslas are available, and you’re ready to narrow down your options, what’s next? Now, it’s time to calculate how much it costs to lease a Tesla by model, compared to financing it or buying it outright.

Below, you’ll find monthly payment estimates for each Tesla model, based on a lease term of 36 months vs. a loan term of 72 months with a 2.49% interest rate.

All Teslas have a $100 order payment and a $1,200 delivery fee, regardless of whether you lease, loan, or pay cash.

How Much to Lease a Tesla Model 3?

How Much to Lease a Tesla Model Y?

Lease deals for the Model Y Long Range edition start at $525 per month for 36 months — or around $200 less than estimated loan payments.

How Much to Lease a Tesla Model S?

The Model S takes us into the higher end of the pricing spectrum, with monthly lease payments of $999 per month and just over $9,000 due at signing.

How Much to Lease a Tesla Model X?

Should You Buy or Lease a Tesla?

Tesla lease deals are little different than other new car leasing options, since you can’t shop around at multiple dealerships.

Of course, monthly payments aren’t the only money factor to consider when calculating the total cost of your lease. Here are a few other things to keep in mind.

Some electric cars are eligible for a $7,500 tax credit and other rebates and incentives, which are usually only available if you buy a new EV.

Currently, Teslas aren’t eligible for the federal tax credit, but depending on where you live, you may be able to benefit from other incentives.

One benefit to leasing an electric car is you don’t have to worry about depreciation if you decide to sell it after a few years of ownership.

But since Teslas maintain their resale value incredibly well, this is actually a point in favor of buying a Tesla instead of leasing one.

You can take the middle ground and lease to buy, but two Tesla models (the Model 3 and Model Y) aren’t available for purchase after your lease is up.

Finally, there’s insurance to consider. Tesla insurance costs are higher compared to other EVs, averaging around $2,000 per year.

If you lease a new Tesla, you may be required to maintain higher levels of insurance coverage than you would choose if you owned it outright. 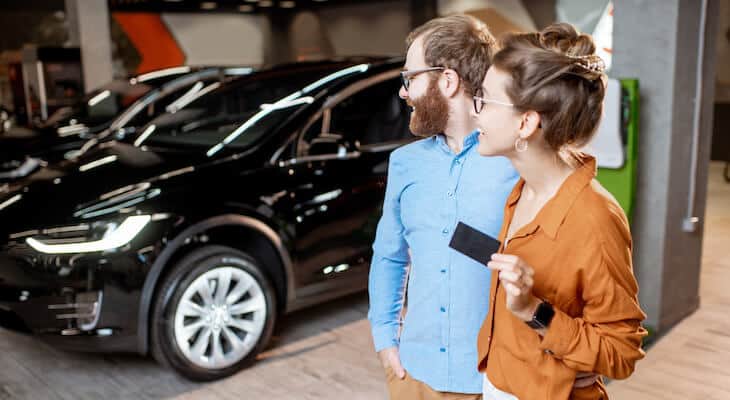 There are pros and cons to leasing a Tesla, but driving home a new Tesla isn’t your only option. Since Teslas are known for their reliability, you can find plenty of great deals on the used car market.

You’ll always want to ask about the vehicle history and warranty before buying a used electric car, but if you do your homework, you may end up with a bargain.

Learn more about the differences between leasing and buying a Tesla here, or use this handy tool to compare the best electric car deals near you.