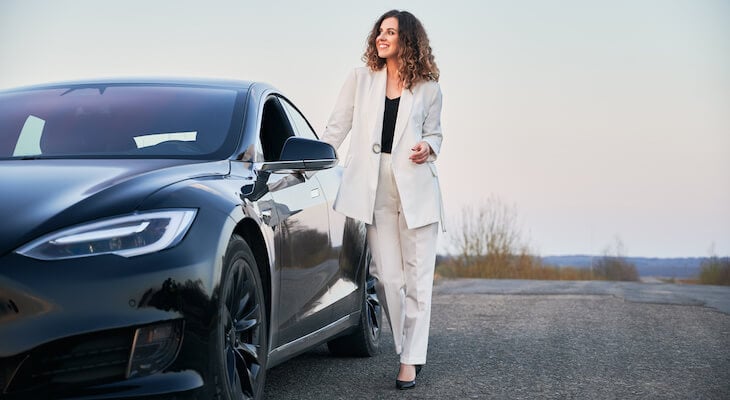 Depreciation isn’t a word you want to hear when you’re buying an electric car, but it’s something you have to think about in today’s electric car market. Failing to factor it into your purchase could mean losing thousands of dollars as the value of your car declines over time. That’s why many drivers prefer to buy used electric cars instead.

Fortunately, Teslas don’t depreciate as quickly as other types of electric vehicles, so if you’re wondering, “Do Teslas hold their value?” the answer is generally yes. Still, several factors can affect the Tesla depreciation rate, including your car’s battery health and the number of miles on the odometer.

Let’s look at the average Tesla depreciation rate by model and what you can do to get the best bang for your buck when buying a new or used EV.

How Quickly Do Cars Depreciate?

Most of the time, when we talk about vehicle depreciation, we’re talking about new car depreciation. That isn’t because used cars don’t depreciate – they do – but they do so at a much slower rate, so it tends to be less of a concern for car buyers.

In fact, Consumer Reports explains that the first year of car ownership is the worst year for depreciation, with new cars losing between 18-45% of their residual value.

After that, the depreciation rate slows down, but it can still be as high as 20% every year or more than 50% over three years. Of course, that figure is lower for some vehicles, like SUVs, and higher for electric cars like the Nissan LEAF.

The AAA reports that depreciation “accounts for 40% of all ownership expenses” during the first year of owning a vehicle. In some cases, your car may drop in value faster than you can pay it off, leaving you owing more in car payments than the car’s resale value.

Unfortunately, if you think leasing a Tesla might spare you depreciation costs, that isn’t the case. Depreciation is priced into the cost of a lease, so while you may not have to worry about reselling the car yourself, you’re still paying for that loss in value.

How Well Do Teslas Hold Their Value? 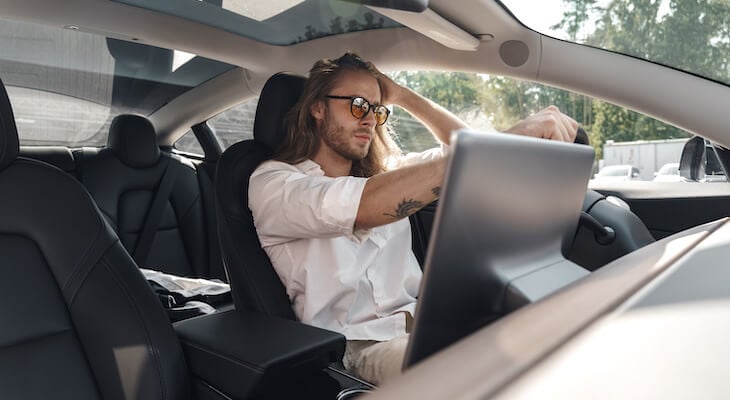 Now that we know how depreciation works for new vehicles in general, let’s look at how well Teslas hold their value. For the most part, Tesla depreciation happens at a slower rate than other cars, including battery electric vehicles and plug-in hybrids.

Even compared to other electric cars and hybrids, Tesla depreciation rates come out ahead. According to iSeeCars.com, the BMW i3 depreciates by 60.4% over three years, the Kia Soul EV by 58.7%, and the Hyundai IONIQ Electric by 47.7%. The Model 3? A mere 10.2%.

This is good news for car owners, who can expect their Tesla to sell for just a little less than the original purchase price after just a few years. But unfortunately, it’s less welcome for used car buyers, who may find it harder to get a good deal on a used Tesla due to low depreciation rates.

Not only are Tesla cars in high demand on the used market because of the automaker’s notoriously long delivery times, but you won’t benefit from the electric car tax credit and other EV incentives available for new vehicles.

To get a sense of what used Teslas cost, you can enter your ZIP code here to find the latest prices for used electric cars near you:

Find Used Teslas Near You

The Model 3 may top the EV rankings when it comes to depreciation, but how well do other Teslas hold their value? That depends on the model year and which trim you choose, such as the Model Y Long Range or the Model S Plaid.

Here are the most recent Tesla depreciation rates based on 2022 prices:

As you can see, the Model S has the best resale value, with some older models costing more than this year’s model due to long wait times for new deliveries.

The Model Y has only been in production since 2020, so long-term Tesla depreciation rates aren’t available for this vehicle.

What You Can Do About Depreciation

When it comes to buying an electric car, deprecation is a fact of life. You can’t ignore it entirely, but there are a few things you can do to mitigate its impact on your wallet.

For owners, you can maintain your Tesla’s resale value by sticking to the maintenance schedule and taking good care of your battery.

Tesla depreciation rates are based on a mileage of around 12,000 per year, so if you drive your Tesla more than that, you can expect its value to diminish faster.

Likewise, a typical Tesla battery degrades by around 10% every 100,000 miles, but you might speed up the process if you use fast chargers excessively.

If you’re buying a used Tesla, you’ll want to ensure that the car’s current condition matches its resale price and that any remaining warranties are transferred to you.

Some perks, such as free access to the Supercharger network, can’t be passed to a new owner, but Tesla’s Full Self-Driving (FSD) features can be. You’ll also get free over-the-air software updates, so you can benefit from any new capabilities added after the car was manufactured.

Still, since electric car technology is changing so quickly, don’t assume that last year’s model will have the same features as this year’s. Buying a used Tesla within three to five years of production is usually a good option – it’s long enough for the price to have dropped, but not so long that its features are obsolete.

It’s also good to keep an eye on delivery estimates for new Teslas. The longer the wait time for a new Tesla, the higher the prices for last year’s model will be.

Find the Best Car Prices Near You 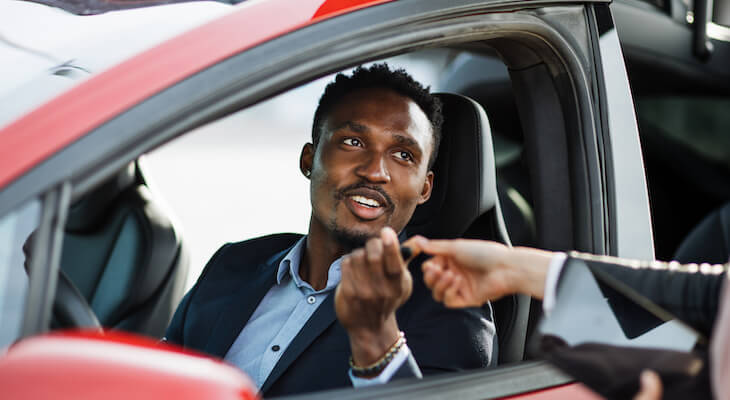 How concerned should you be about Tesla depreciation rates? That depends on how long you plan to keep your Tesla vehicle and whether you plan to buy new or used.

Some Tesla owners hold on to their car for years and don’t intend to resell it, so depreciation is less of an issue for them. Others trade in their car for a new model every few years, so any loss in value can add up. You can avoid some of the impact of depreciation costs by buying a used Tesla since the most significant drop in value occurs within the first few years of ownership.

If you’re still deciding on buying a new car vs. a used car, you’ll want to factor the average Tesla depreciation rate and ownership costs into your decision. You can read our ultimate guide to Tesla vehicles to learn more.

Once you’re ready to see what’s out there, enter your ZIP code to compare prices on used Tesla models near you.

Find Used Cars Near You