Tesla Reliability: Which Tesla Model Should You Choose? 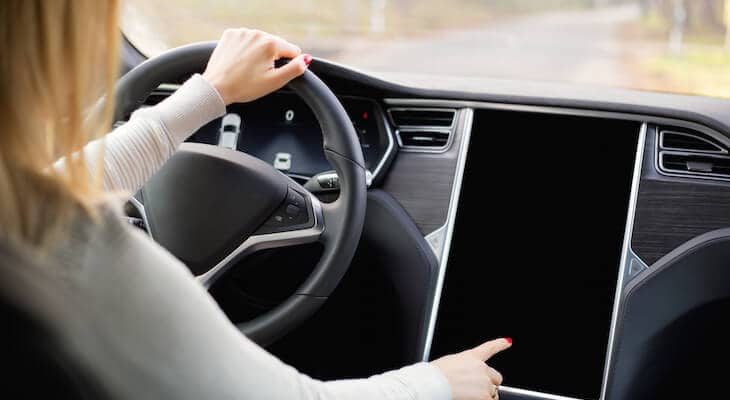 If you’re in the market for a new car, you know that no brand dominates the electric vehicle market quite like Tesla. Elon Musk’s famed fleet of sharp-looking, tech-forward, all-electric luxury vehicles are among the most popular electric cars in the American auto industry.

Yet, as more and more Tesla vehicles take the road each year, the more their overall reliability comes under scrutiny. The term “reliability” can be a bit tricky to grasp given how many specific things it encompasses. Simply put, a vehicle’s reliability means:

Venerated automotive testing firms like Consumer Reports and J.D. Power and Associates have dialed reliability down to particular “reliability score” metrics on which each particular automaker can be gauged.

This data is compiled each model year, when vehicles from automakers all over the world are examined carefully and put through comprehensive road tests.

For many new car shoppers, however, the notion of reliability is a bit less scientific, and means only: How long will a vehicle last, and is it worth the cost?

If you’re in the market for a new vehicle with an all-electric motor, read on to briefly explore each 2021 Tesla model and examine the reliability issues for each. 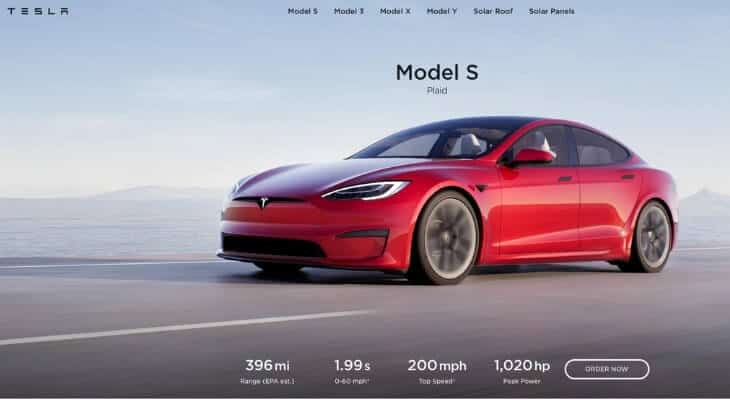 The Tesla Model S is a four-door sedan with a “lift back” rear hatch door. The car debuted in 2012 and has received a major overhaul for the 2021 model year. The Model S is Tesla’s flagship vehicle, with its popularity further bolstered by its impressive sales numbers.

The 2021 Tesla Model S received five-star marks in frontal crash, side crash, and rollover testing. However, in their own testing, the Insurance Institute for Highway Safety (IIHS) gave the car poor marks for its headlights, signifying that the car’s stock headlight bulbs may not adequately illuminate the road in some conditions.

If reliability is a major factor in your purchasing decision, it might be best to opt for a different Tesla than the Model S. 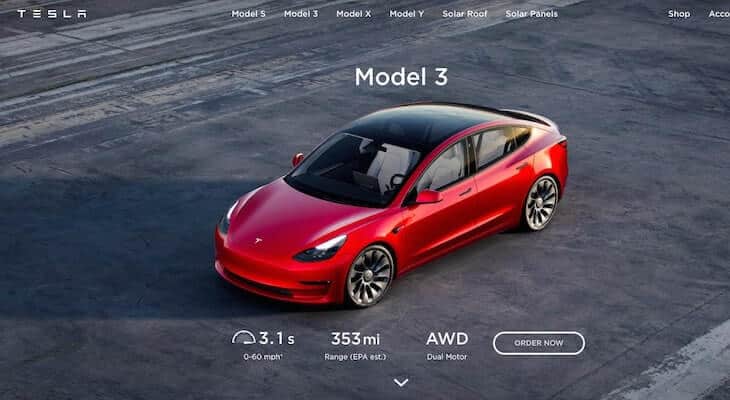 The Tesla Model 3 is an all-electric four-door sedan. Complaints about the 2021 Tesla Model 3 include failures of the internal security control features as well as door locking problems.

That said, the car is regarded as one of the most reliable built by the brand. The 2021 Tesla Model 3 was lauded by Consumer Reports as a Top 10 Pick for their annual Car of the Year award, praising it for its safety, performance, reliability, and affordable price point.

In fact, the Model 3’s high reliability ratings and owner satisfaction marks made it the only 2021 Tesla model to be consistently recommended by the venerated publication.

And unlike competitors like the Kia Niro, the Tesla Model 3 comes available with an all-wheel drive (AWD) powertrain.

The IIHS awarded the ’21 Tesla Model 3 with a five-star mark for crash safety while praising the ease of use of its child seat anchors. In fact, the Tesla Model 3 was also chosen as a Top Safety Pick for the 2021 model year.

Drivers who place a high-priority on safety and reliability when shopping for a new car would be wise to choose Tesla Model 3. 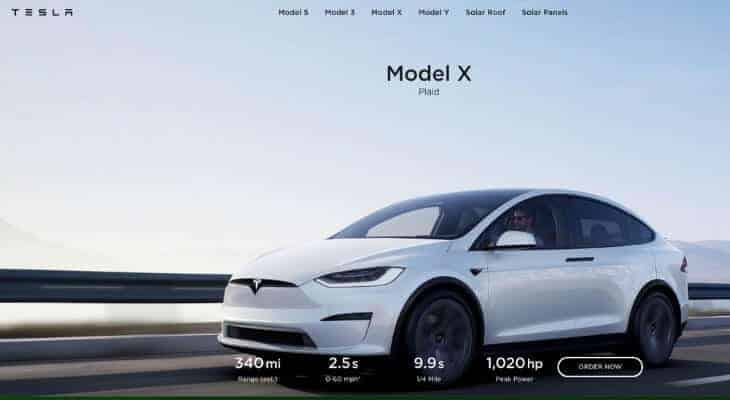 The Tesla Model X is the brand’s mid-size four-door all-electric crossover. First generation Model X’s were hampered by build-quality issues in both the cabin materials and finicky touchscreen technology, as well as unexplained rapid acceleration.

Since then, Tesla has taken great pains to update the car’s cabin design and implement a variety of software updates to improve the functionality and response of its onboard navigation software.

While the car’s reliability has improved in newer model years, critics still dislike the car’s upward-swinging “falcon wing” doors, a feature they find more gimmicky than practical, as well as the vast windshield, which tends to make the cabin overheat in intense sunlight.

Those loyal to their cell phone brands also struggle with the fact that the Tesla Model X, like all Tesla vehicles, is not compatible with Apple CarPlay or Android Auto, a feature that comes standard in many rival brands such as Honda.

Tesla has dubbed the Model X the “safest SUV ever,” and while that remains to be seen, the car did receive a five-star safety rating from the NHTSA, and also features a variety of advanced safety features such as active lane control, blind-spot monitoring, and active emergency braking. 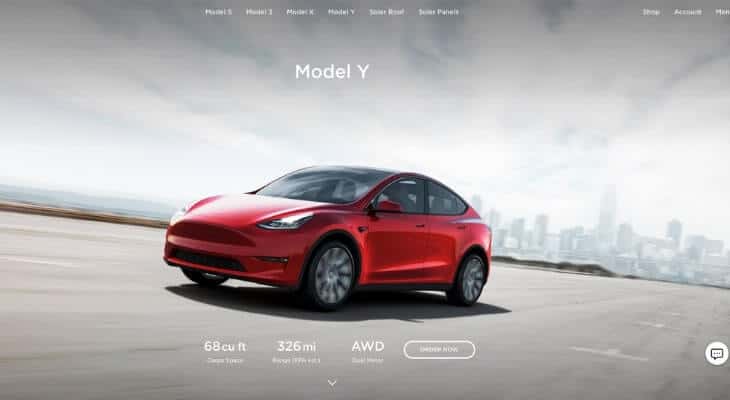 Loose roof panels, water leaks, and paint irregularities are just a few of the numerous problems (albeit rare problems) that plagued the car upon its initial release.

Growing demand and an overeagerness to meet delivery numbers have largely been to blame for the lack of quality control in the initial release of the 2021 Tesla Model Y.

The Tesla Model Y is constructed on the same platform as the Tesla Model 3, so it’s no surprise that it too received a five-star overall crash testing rating from the NHTSA.

Tesla vehicles are protected by warranties that cover the repair and replacement of parts that are defective or flawed because of poor workmanship. All Teslas come with a four-year, 50,000-mile Basic Vehicle Limited Warranty. However, the brand’s warranty coverage for the battery and drive unit varies slightly by vehicle model, so be aware of that while you’re making your purchase decision.

The following chart from Tesla illustrates the battery and drive unit limited warranties for each Tesla model.

The reliability for new Tesla models varies significantly. Despite the fluctuations in reliability rankings by various institutions, Tesla drivers seem happy on the whole with their purchase despite the occasional problem. Only time will tell if the latest fleet of Tesla all-electric vehicles are truly reliable, although the company is regularly making claims of improvements in both vehicle design and engineering/assembly.

Based on 2021 reliability marks, the Tesla Model 3 is clearly the most reliable vehicle of the bunch.

If you’re looking for an EV that’s as reliable as it is efficient, there are a variety of other electric car brands to choose from whose reliability rankings may be more consistent.

With several model year Teslas on the road today, those wary about the reliability of newly released models should explore the vast array of pre-owned Teslas available in the secondary market.

Purchasing a pre-owned Tesla can give drivers a detailed maintenance record and the confidence of knowing that the car has remained reliable and accident-free throughout the initial years of its life.

In addition, a Tesla lease package can include complimentary maintenance should anything go wrong with the car during your contract period.