Home Ways To Save Vehicle 10 Safest States to Drive In

The Top 10 Safest States for Drivers 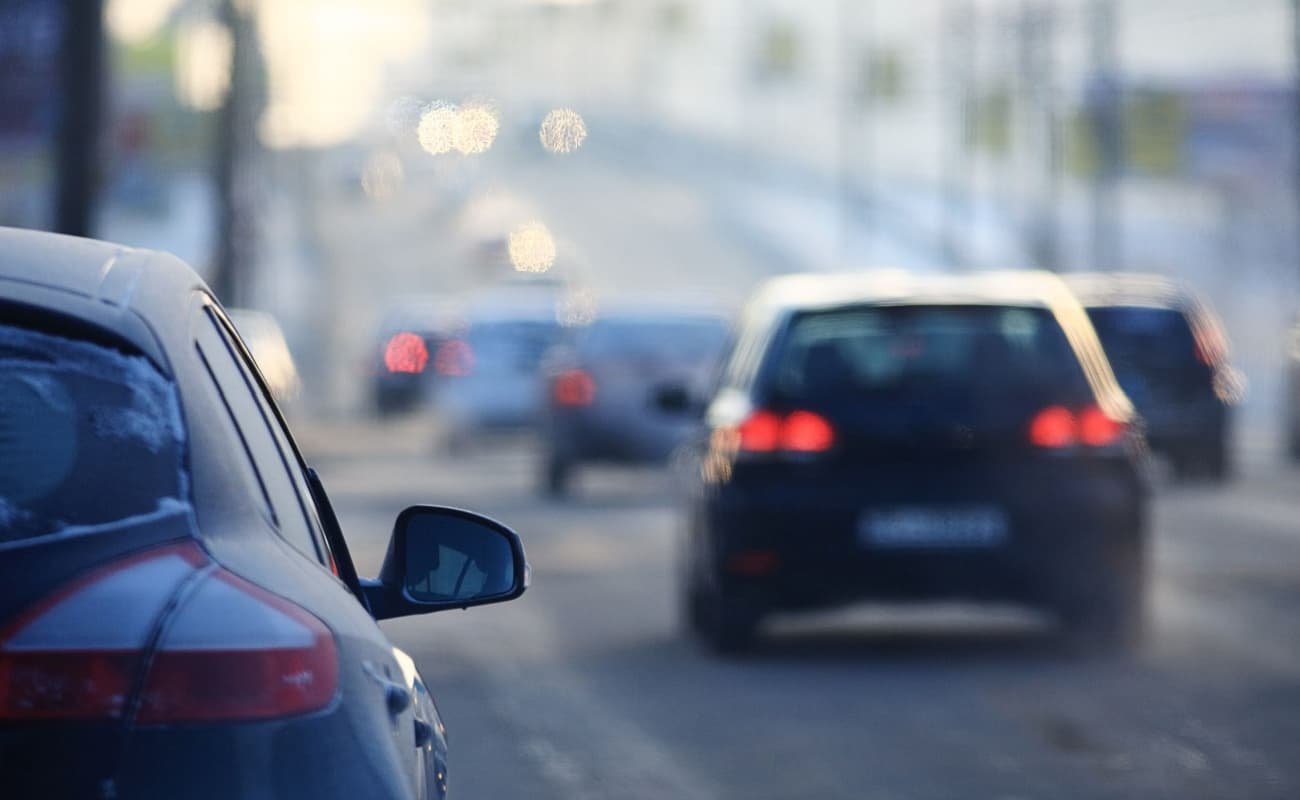 The non-profit Advocates for Highway and Auto Safety have released the findings of a study that shows the best and worst states for driving safety. The study used a combination of National Highway Traffic Safety Administration (NHTSA) data and an examination of current safety laws in each state to determine which were trying to protect their drivers and which states were effective in doing so. The study revealed 10 states to be the safest states to drive in based on being highly effective in taking active steps to improve driving safety within their borders. 11 states were found to be in dire need of improvement.

The 10 Safest States to Drive In

There doesn’t appear to be much in common among the states that rank as the safest. We’ll list them first and then explain what’s so interesting about their data.

What Makes These States the Safest?

The report, organized by the Advocates for Highway and Auto Safety (AHAS), rates these states on the laws each have enacted to protect drivers. This includes laws regarding safety devices such as seatbelts and child restraints, laws regulating driving while intoxicated and distracted driving, and laws governing young drivers.

The states that ranked in the top ten were doing the most for drivers in their state to ensure their safety via lawmaking and law enforcement.

The study then took a deeper dive to determine which states fell on the opposite end. The results were surprising.

10 Most Dangerous States to Drive In

The 10 worst states were “dangerously behind in adopting Advocates’ optimal laws.” The states received a red ranking if they had fewer than seven of the recommended laws.

What Makes These States the Most Dangerous?

Simply put, these states don’t do much to protect drivers and passengers while they’re on the road. Missouri, for example, ranked the worst and had only three of the laws that the Advocates determined were optimal. For example, Missouri lacks front and rear primary enforcement seat belt laws.

While tenth on the list, Vermont isn’t much safer. Vermont has six optimal Advocate laws but lacks crucial ones like:

With so few laws to help keep everyone safe on the road, it’s easy to see why you face an increased risk of being in an accident while driving through these states.

Do More Laws Make You Safer?

There’s a lot to argue about regarding lawmaking. One argument is whether having more laws actually makes roads safer. According to this study, states with comprehensive driving-related laws see fewer driving-related deaths. That might sound a little confusing, so here’s an example.

The study helps make a case for enacting comprehensive laws to respond to public safety issues.

What We Learned from This Driver Safety Study

One thing that caught our eye was that Louisiana was listed among the safest states. This is particularly interesting because Louisiana drivers pay more for car insurance and file many claims. Looking at the data, it appears as though Louisiana drivers are more likely to be involved in a traffic accident. It seems that might imply that Louisiana doesn’t deserve to be on the list. Still, the data is based on the number of vehicle-related deaths—not accidents. So in the case of Louisiana, you’re not likely to die in a car crash, but there’s a good chance you’ll get into a fender-bender.

For that reason, we’d like to see a study that considers the number of incidents, total – not just deaths. We think this could really impact the rankings and deliver more meaningful numbers.

Some States Aren’t Doing Much to Protect You

We were surprised by how little some states did to protect their citizens. New Hampshire has no law enforcing the use of seatbelts. South Dakota only had 2 driver safety laws: one prohibiting teens with learner’s permits from driving after dark, and the other forbids driving with an open alcohol container. There seem to be more these states could be doing to protect their citizens from vehicle-related deaths.

What Driving Laws Were They Looking For?

The group that conducted the study (AHAS) was looking for each state to have laws targeting drivers’ safety measures to reduce the chance of motor vehicle accidents. There were 15 types of laws. Examples include:

But just how much do your premiums increase? The prices will vary based on auto insurance companies and your driving history’s negative impact.

You will get the best auto insurance rates with a clean driving record. A single traffic ticket can bump your insurance by $35 per month, which adds up to an extra $420 per year. If you get into an accident, your rates can increase by an average of $60 per month. This equates to an extra $720 per year.

But if you get a DUI, you’ll see a more significant increase in car insurance premiums. One DUI increases your rates by an average of $85 per month or $1,020 per year. Clearly, it pays off to focus on safe driving practices.

If you’re worried about the effect that getting into a car accident can have on your insurance rates, then consider investing in accident forgiveness. When you have accident forgiveness coverage, you can be at fault for an accident, and your insurance rates won’t go up. This coverage costs more, but it can pay off if you are at fault for an accident. It also gives you peace of mind, knowing that a single accident won’t significantly increase your premiums.

These negative marks on your driving history will eventually fall off your record, which takes about seven years. Unless you have accident forgiveness coverage, you will need to pay those higher premiums until they fall off. Your other option is to look for a cheaper insurance company.

How to Find Cheaper Car Insurance

Even if you have some negative marks on your driving record, you may be able to save money by changing your car insurance company. The rates in the above chart are just averages, and some insurers may offer you lower premiums.

It’s also important to consider the discounts that insurance companies offer. For example, if you have your homeowner’s and car insurance through the same company, you may be eligible for a multi-policy discount.

You should compare rates from multiple auto insurance companies to find the best rate for you. That’s easy with Compare.com; you just need to fill out a single quote request form. Then, you’ll receive personalized insurance coverage quotes from up to 65 companies. It’s easy to compare quotes and determine the best company and policy for your needs.

Compare.com users save an average of $720 per year on their car insurance. Even if you don’t have a perfect driving history, it can pay off to shop around and possibly find a company that can save you money on your coverage without sacrificing quality.

See How Much You Can Save on Your Insurance

Maintaining a good record can save you money on car insurance premiums. By adopting these safe driving practices, you can help keep yourself, your passengers, and others safe on the road while keeping your driving record clean.

Some of the safest drivers have taken a defensive driving class. A defensive driving class will teach you techniques to keep you safer on the road and help you protect yourself against other dangerous drivers’ mistakes and aggressive habits. As an added bonus, your insurance company may give you a discount for taking the class. Contact your insurance company to verify that the course qualifies for that discount.

Continuously paying attention to your surroundings when you’re driving is key. You should constantly be scanning your mirrors and the road ahead. Pay attention to road signs for important warnings and information, and be extra cautious when driving around pedestrians and bicyclists.

Teen drivers run an exceptionally high risk of being involved in car accidents caused by a lack of experience and distractions by devices like cell phones. If you have a new driver in your house, spend plenty of time supervising them while they’re behind the wheel. This supervised driving time gives your teen a chance to develop those safe driving habits that will help them avoid accidents.

It’s easy to put the pedal to the metal, but exceeding the speed limit makes you more likely to be involved in an accident. Speeding can also lead to a costly ticket, increasing your insurance premiums.

Keep in mind that speed limits are intended for optimal conditions. If you’re driving through inclement weather, disregard that upper limit and drive slower to keep yourself safe.

Holding a cell phone and driving can distract you and increase your chance of being in a car accident. The hands-free use of phones is a safer option. Even better, use the “driving” setting on your phone to prevent texts and other notifications from coming through, so you can focus entirely on driving. With fewer distractions, you are less likely to get into an accident.

You’re most likely to get into an accident by hitting the car in front of you. Following at a safe distance can minimize this risk. It’s best to follow at least three to four seconds behind the vehicle in front of you. If you’re towing a trailer, driving in bad weather like rain or fog, or driving behind a large truck, you should extend the following distance. Leave even more space when you’re on the highway traveling at fast speeds.

If you haven’t had a full night’s sleep, chances are you shouldn’t get behind the wheel. Drowsy drivers experience slow reaction times and risk falling asleep behind the wheel. Lack of sleep can be dangerous, so ensure you’re well-rested before driving. If you’re tired behind the wheel, take advantage of rest stops or swap out driving duties with your passenger.

If you’re traveling out of state, familiarize yourself with the driving laws in the states you’re traveling through. When towing a trailer, you might find differences in highway speed limits, turning right on red, and speed limits. Knowing these laws can help you avoid accidentally breaking them, minimizing your chance of getting a ticket or being in an accident.