The Best Traffic Apps for Android and iOS 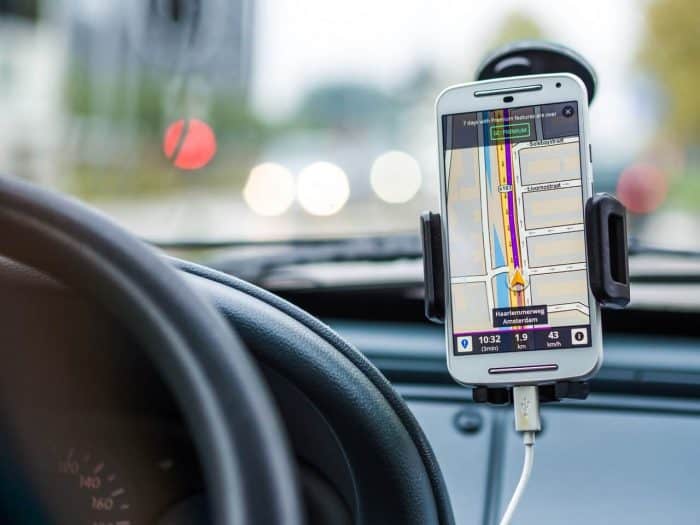 We’ve all been stuck in traffic at one time or another, and we all probably agree that there are better ways to spend our time. Some of us get caught in traffic daily – welcome to any major city like New York City or Los Angeles. Many people have just accepted the fact that traffic jams are just part of our daily commute. But it doesn’t have to be that way with the best traffic apps.

Compare.com brings you the top three best traffic apps to save you time, prevent frustration and get you to work before your boss.

Why Waze traffic app is awesome: The Pros

Waze makes the list first for best traffic apps because it does two crucial traffic-related functions very well. It gives app users reliable driving directions while also delivering up-to-date traffic data. Waze records data about your drive – how fast you are driving, your route, and more; it then shares that data with other Waze users on the road as it shares their data with your app. Think crowdsourcing, but for traffic.

Not only did Waze create an app that gives users a way to work together to outsmart traffic, they gamified the navigation portion of driving. As a passenger, you can collect points for reporting traffic instances, from roadkill and hazards to weather conditions and police officers. You can even start chats with other users and customize your avatar.

While Waze can help you quickly reroute to beat the traffic, it can now even help you find where to park and schedule reminders to tell you when it’s time to leave. The app can seamlessly pull information from your calendar, pick a route and alert you when to go.

Shortcoming of Waze: The Cons

The biggest downfall of Waze is that it relies heavily on other users, so drivers who are in areas where there may not be many Wazers might not get the value from this app that users in cities like New York or L.A. might. Another downfall is that there are no walking, biking or bus routes options. The app also can drain your battery a bit more than other traditional traffic apps as it continues to report data in the background even when not navigating.

Waze has also been bought by Google and many of their features have been added to the standard Google Maps interface, making the technology less unique. However, the premium features have stayed with Waze. Which leads us to our number two choice. 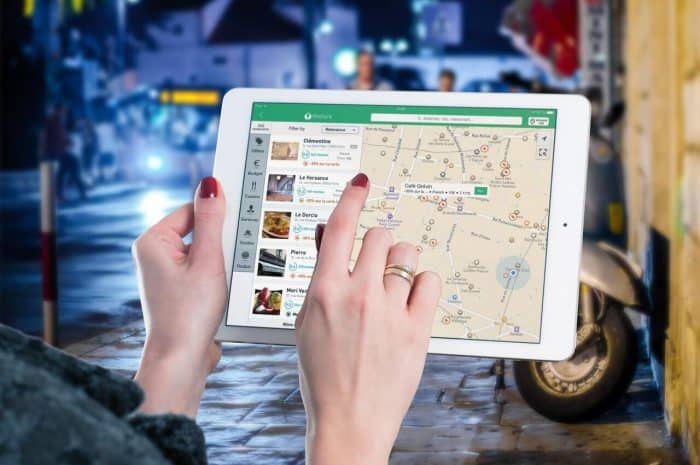 Like everything Google produces, you can expect a superior experience. If you ask Tim Stenovec of Business Insider, Google Maps is the only best traffic app. With more than a billion monthly users worldwide, Google Maps sits on a mound of data, and can also quickly reroute people based on traffic delays. Google Maps can also help you navigate bike, bus routes and walking directions.

Google Maps is sleek. It features intuitive navigation through the app and makes routing simple. Plus, Google Maps has a host of other features to make your travel plans easier. You can book reservations at your favorite restaurant, compare options from foodies in the area and even order food straight through the app. Business owners can also upload their floor plans, 360 views around their building and give virtual tours.

If you compared Waze directly to Google Maps, you’ll immediately notice that the police warnings are gone, which a lot of customers appreciate. And while Google Maps has implemented some of the Waze technology of updating the routes for you, they haven’t quite caught up to Waze’s superior crowdsourcing abilities.

Being a newer app on the market, Apple Maps has surely had to move quick to catch up with competitors. Like the other two apps, Apple Maps provides navigation for its users and updates and reroutes as necessary if there is traffic present.

One of the unique Apple Maps features is its “Flyover Mode” which allows you to see a 3D rendering of the map and allows you to fly over the city or area you want like if you were in a helicopter.

The biggest downside to Apple Maps is that it is an iOS product only. If you are an Android or Windows user, you won’t be able to access this product.

Another con is that Apple Maps is still a new software and does not provide the transit option varieties that Google Maps does like biking, walking, and public transportation. It also is still a bit plagued with mapping inaccuracies, especially in smaller cities and rural areas, but it has certainly improved from the first release.