Here's Why Your Insurance Rates Might Go Up in 2022 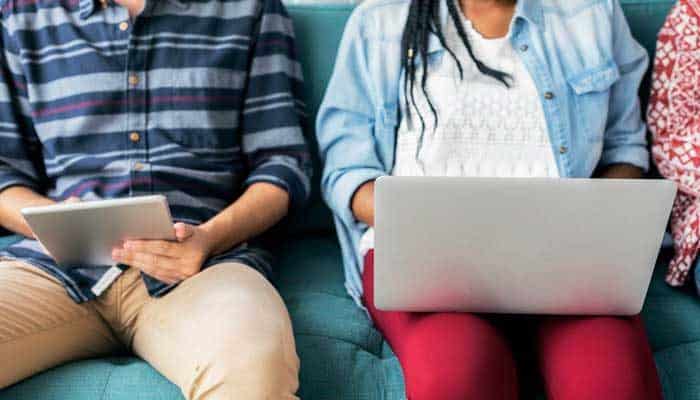 No one wants to pay a higher car insurance premium, but sometimes rates go up. Will they in 2022? Read on to find out.

Misinforming an insurer is a risky move that can result in a higher-than-expected premium. Some people give out a different address or conceal previous bad driving records to get a lower premium. This technique often works because the premium is contingent upon factors such as location, driving record, and even credit score in some instances.

That said, it’s never a good idea to follow suit with your own insurance policy. Lying to an insurer is considered insurance fraud. While a few may never be found out, others aren’t so lucky.

Not only does providing incorrect information leave you with a surprisingly higher premium once the insurer runs background checks, but it’s also against the law. When you’re filling out initial questionnaires, be as upfront as you can so you don’t run into problems later on. You’ll get a more accurate quote and make sure you’re safe from legal trouble if and when your insurance company finds out!

You had a Collision Last Year

Car accidents are the worst. Injuries aside, they are a real headache to deal with. You’ll have to file a police report and file a claim with your insurance company. But the real kicker is that most car accidents are preventable.

According to the National Highway Traffic Safety Administration’s Fatal Accident Reporting System, from 2010 to 2016 the numbers showed an increase in overall fatalities due to motor vehicle traffic accidents. In 2010 there were 10.67 casualties per 100k of the population, but that number is on the rise. Just six years later in 2016, there were 11.59 casualties per 100k.

With the decrease in gas prices over the previous years, we also find that people are driving more which in turn will increase the risk of accidents on the road.

Again, not every accident is preventable, but drivers can keep the above causes in mind to avoid an accident and the hike in their insurance premium that comes along with it.

Another thing to add is that if enough accidents occur throughout the year, it could affect everyone’s premiums. Even if you weren’t at fault during the accident, if enough claims are made to disrupt an insurance companies combined loss ratio, this could result in increased car insurance rates across everyone’s policies.

You got a Ticket or Moving Violation

It’s no fun getting a ticket. On top of having to pay the fine, you may have to pay the insurance companies more money. Your rates will be affected differently from state to state and from company to company, so there is no way to tell exactly how much of a price difference your policy will change. If you do find that your insurance rates increase, be sure to shop around for other car insurance companies just to make sure you’re getting the best deal and not paying too much for the same coverage.

You Moved to a New City

Plenty of debt-riddled millennials who flock to the city after college might encounter additional insurance fees. That’s because your premium heavily depends on where you live. Someone who lives in a densely populated neighborhood might face a higher insurance premium because he or she is at a higher risk of accidents, thefts, collisions, and injuries.

Certain urban areas that have economic turmoil and high unemployment rates are typically more expensive when it comes to car insurance because these areas tend to be home to many drivers who are uninsured, increasing risks for other people on the road.

Before packing your bags and moving to a new place, do your research to learn how much you might pay in your new city. Also, note that the premium may vary from one company to the next, so be sure to compare multiple quotes from multiple companies.

What is a lapse in auto insurance? It’s when your car no longer meets the minimum state requirements for coverage. The lapse time frame is between the moment your insurance expires and when you purchase new insurance, hand in your vehicle plates, or offer proof of repossession or proof of purchase for insurance in a new state for someone who’s moved.

Often, the driver is responsible for the lapse. It’s a result of failure to make insurance payments or excessive accidents or violations. Once the DMV is aware of the violation, your premium may go up. Not only that, but you may also face penalties such as license suspension, fines, and community service. The best way to ensure your insurance doesn’t lapse is to pay the bill on time and report any incidents to your provider. Most importantly, do your best to never allow your coverage to lapse. You could end up seeing a huge increase in your rates if you do.

It doesn’t happen often, but sometimes a state’s minimum requirements may change for auto insurance coverage. The car insurance companies are most likely aware of this before it happens and will adjust your premium accordingly. However, it is important that you also keep up to date with all state law changes.

You Have Special Offers that are Expiring

Many car insurance companies give drivers discounts and deals, many of which expire over the course of a few years. Some of these specials include discounts for being a good student, insuring more than one vehicle at a time, and owning a car with particular safety features.

Some companies even offer a loyalty discount to clients who have been with the insurance company for a long time.

Major life changes – moving to a new area code or graduating college – to subtle differences such as swapping one car feature for another may adversely affect your car insurance premium. To avoid any surprise charges, consult your insurer before foreseeable changes. This way, you can decide if you really want that additional feature, or if you’d rather pay a cheaper premium.

Don’t be Afraid to Shop Around

And most importantly, if you’ve had any big changes, be sure to shop around again for car insurance. It doesn’t cost anything to compare quotes, and you might uncover some huge savings! Just enter your ZIP code below and see how much you can save in just a few minutes.