Preventing Distracted Driving & Apps to Avoid On the Road

2015 saw the largest percentage increase in highway fatalities in 50 years, according to the National Highway Traffic Safety Administration. 2016 is shaping up to be even worse. While the spike in deaths probably has multiple causes, experts point to distracted driving as a major factor.

Until recently, texting and driving was the biggest villain. A survey by AT&T found that almost half of adults admitted doing it. While texting is still a problem, apps are increasingly to blame. Here are the worst offenders, as well as apps that promise to help.

The Most Distracting App While Driving: Snapchat

The popular messaging service includes a speed filter that records and posts a user’s miles per hour at the time of a post. In October 2016, a 19-year-old woman used the filter to show the car she was riding in traveling at 115.6 mph — shortly before the car collided with a minivan. The 19-year-old and the driver both died, as did three of the van’s passengers: a mother and her two children. Even without the speed filter, snapping while driving is dangerous. Trust us: You don’t want to become famous for rear-ending a police car while trying to take a topless Snapchat selfie.

At the height of its popularity in the summer of 2016, the critter-catching game Pokemon GO was blamed for causing dozens of people to be injured, assaulted or robbed. Several Pokemon-related car crashes were reported, too, including a 28-year-old New York state driver who collided with a tree while playing. The maker has since modified the game so Pokemon won’t appear at speeds greater than 30 mph. But it’s a sure bet we’ll see more augmented-reality apps soon that try to wrest your attention away from the wheel.

Of course, any app can cause a crash if it steals the driver’s attention. In Dorset, England, a young mother struck and killed an elderly man after her daughter’s Barbie app distracted her for a few seconds. 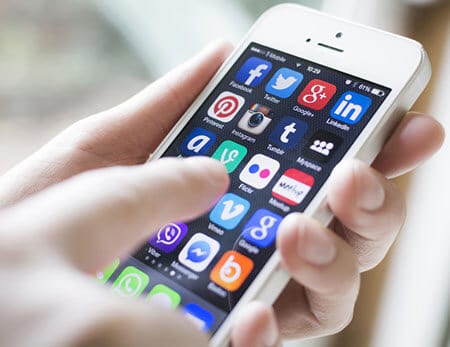 OK, so how can we prevent people from playing Subway Surfer at 75 mph? These apps promise to help curb distracted driving,

The problem with these distracted driving solutions?

They’re all optional (unless you’re a teenage driver on your parents’ phone plan). In 2016, the National Highway Traffic Safety Administration called on all mobile device-makers to add a driver mode to phones that would limit usage while someone’s behind the wheel. This presents some challenges: How can your phone know if you’re driving or a passenger? And the NHTSA can’t order device-makers to make these changes.

Laws are getting stricter, too. On Jan. 1, 2017, a new law goes into effect in California that prohibits drivers from using cell phones while driving, unless you can use the phone hands-free. You can’t just toss your phone into the passenger seat when you get pulled over, either — the law says phones have to be mounted to the windshield or dashboard. The penalties are small, just $20 for a first offense and $50 for the second, but at least it’s a start.

The best way to protect yourself from distracted drivers is to drive defensively. Also, make sure you have the best possible car insurance that fits your budget. Compare.com can help. Get free car insurance quotes right now!